Enjoy a true coastal adventure to Puffin Island and discover the heritage and wildlife on show in Llandudno with stops to Penmon Point lighthouse, the seal colony and cave.

After departing from Beaumaris Pier, the boat will head out towards the island. On arrival at Puffin Island, see if you can spot any of the 14 different species of bird that visit this area! You'll see different birds at different seasons as they all their own migration patterns.

Winter visitors include the Eider duck and Canada geese and Puffins, Guillemots, Razor Bills and Kittiwakes will start to make their appearances from the beginning of March when breeding begins to the end of August.

The island is home to one of the largest Cormorant colonies in the UK. To and from the island you may also see Terns, Herring gulls or a rare type of Black Guillemot.

Enjoy stops along the way to take in places of interest such as the Penmon Point lighthouse, then on around Puffin Island, stopping at the seal colony and seal cave. With Benllech and Moelfre in the distance we take a short costal tour then head back.

There is also a colony of seals who usually inhabit the island. During low tide in the summer months, they can often be seen resting on the rocks or fishing.

After enjoying the scenery and spotting the wildlife, the boat will once again pick up speed and return you to your departure point.

What to remember
Read more
When
Read more
Provider
Seawake
Booking fee
Good news! No extra fees are applied to this booking.
Cancellation policy
Receive a 100% refund if you cancel up to 48 hours before the activity begins. 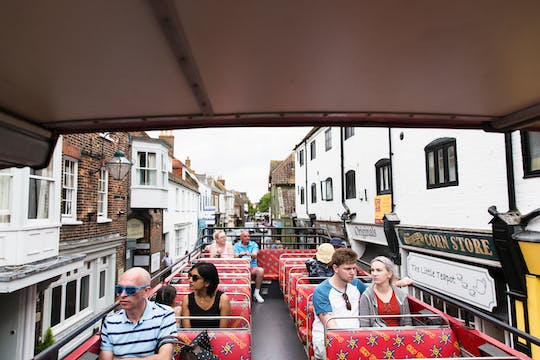 Book your hop-on hop-off bus tour of Bournemouth and explore local attractions like the Oceanarium, The Square, Compton Acres and many more Come aboard this boat trip and cruise along the Menai Strait to witness the amazing bridges from the water. Book your Hypersonic boat ride and dare yourselves to come on a fast, exhilarating and breathtaking hypersonic ride along the Menai Strait. 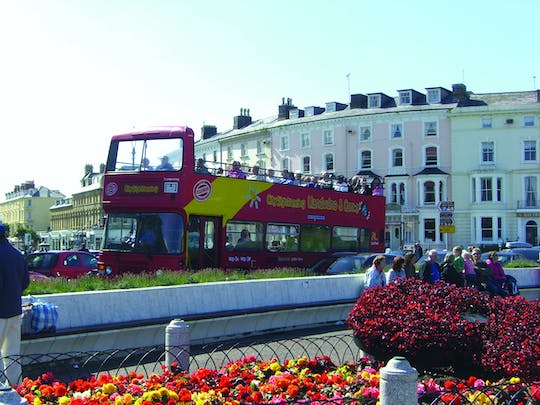 Book your hop-on hop-off bus tour of Llandudno and discover local points of interest like Conwy Castle, the Great Orme Tramway and the Conwy Valley Maze

Join a self-guided audio tour using an app on your phone and discover the highlights of Conwy including Conwy Castle, Plas Mawr, and the suspension bridge.