Visit Regensburg, the largest medieval city north of the Alps, and discover its origins that can be traced back to the Romans during a private and guided tour.

Admire the medieval Old Town, a UNESCO World Heritage Site, with over 1500 buildings that form its cityscape. See the well-preserved 12th- century bridge, the Stone Bridge, which was invaluable for merchants and traders in the Middle Ages, as it linked the city with important trading routes of Europe and helped Regensburg to prosperity.

Marvel at the Regensburger Dom, known as a classic example of Bavarian Gothic architecture. Here learn about the Regensburg Cathedral Sparrows, a liturgical boy choir. Explore the city palace Thurn and Taxis Palace, which is still in the hands of this ancient German family.

Meet your guide at the entrance of the main train station. Your guide will hold a sign board together with the name of the guests on it. 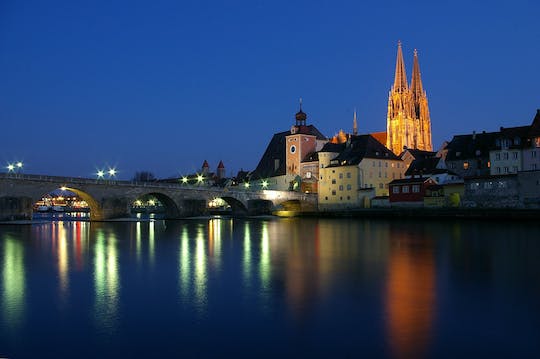 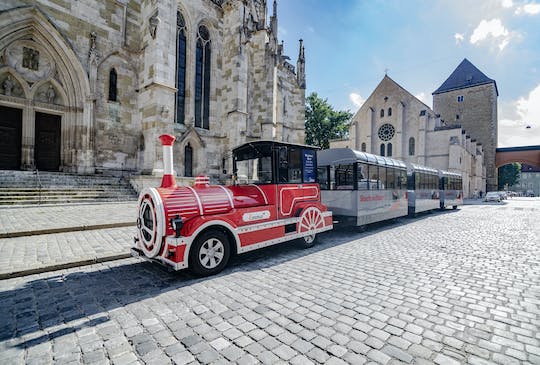 Enjoy a ride with the tourist train through the Old Town of Regensburg and get to know all about the long history of the city from the audio guides.

Duration up to 45 minutes
Available in: