Rotorua to Auckland via Hobbiton and Waitomo

Rotorua to Auckland via Waitomo Caves and Hobbiton movie set one-way tour. This trip from Rotorua to Auckland includes visiting two of the iconic New Zealand attractions – Hobbiton Movie Set and Waitomo Glow Worm Caves. Departing from Rotorua at 8 am, is a wonderful way to get to Auckland. The day includes a fully guided tour of the Hobbiton movie set and a sumptuous lunchtime feast in their Party Marquee. This is followed by a guided tour of the Waitomo Caves with a boat ride through the glowworm grotto.

The first stop is at Hobbiton where we will drive you down to the set itself and have one of the specialists Hobbiton guides take you on a walking tour around the 44 Hobbit holes. You will get the chance to have a photo in the doorway of a Hobbit house, see the Party Tree and stand by the gate to Bilbo’s house ‘Bag End’ overlooking the whole set to the hills in the distance. Before your buffet lunch feast in the Party Marquee (which is included in the price) enjoy a complimentary ale, cider, or ginger beer in the Green Dragon Inn. After lunch, we’ll give you a $10 souvenir voucher to spend at the Hobbiton gift shop before we continue on to Waitomo caves. The drive to Waitomo Caves goes through some beautiful countryside beside Lake Karapiro and across the famous Arapuni Dam.

At Waitomo Glow Worm Caves one of their experienced guides will take you on a walking tour through the caves and talk about the limestone formations and the glowworms. At the end of the cave tour take the iconic boat ride to glide along through the world-famous glowworm grotto (subject to water levels). Marvel in silence at thousands of magical glow worms, which are unique to the southern hemisphere, before exiting the cave. After your tour at Waitomo, travel to your Auckland inner-city accommodation with an afternoon tea stop on the way (own cost).

Pick-up from your selected Rotorua accommodation. You will indicate your pickup location at checkout and confirm your pickup time and location directly with the local operator.

What to remember
Read more
When
Read more
Provider
Bush and Beach
Booking fee
Good news! No extra fees are applied to this booking.
Cancellation policy
Receive a 100% refund if you cancel up to 25 hours before the experience begins. 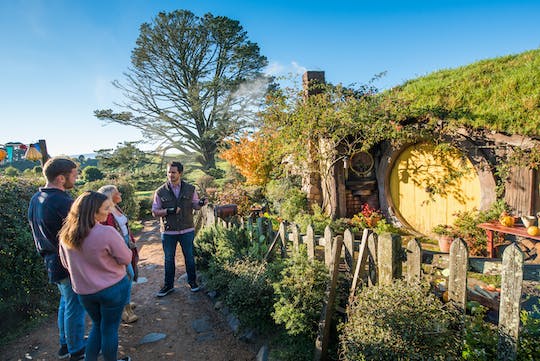 Rotorua to Auckland via Hobbiton and Waitomo

Mobile voucher accepted
from:
£207.00
Sorry, it's sold out
Unfortunately all tickets have been sold out for this event Join an hour of relaxed cruising on Lake Rotorua while enjoying a coffee and fresh baking. Enjoy 1-hour lunch cruise aboard the only paddlewheel boat on Lake Rotorua! Buy now the Rotorua's newest Geothermal walking trails where there is nothing but you and mother-earth!

free cancellation
Duration up to 1 hour 30 minutes
Instant Confirmation
from:
£16.00 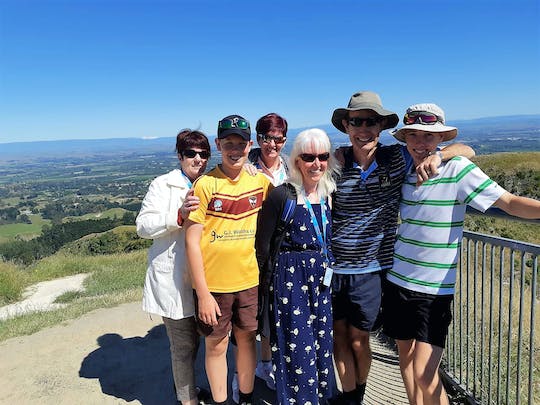 Hawkes Bay - A grand day out experience with wine tasting