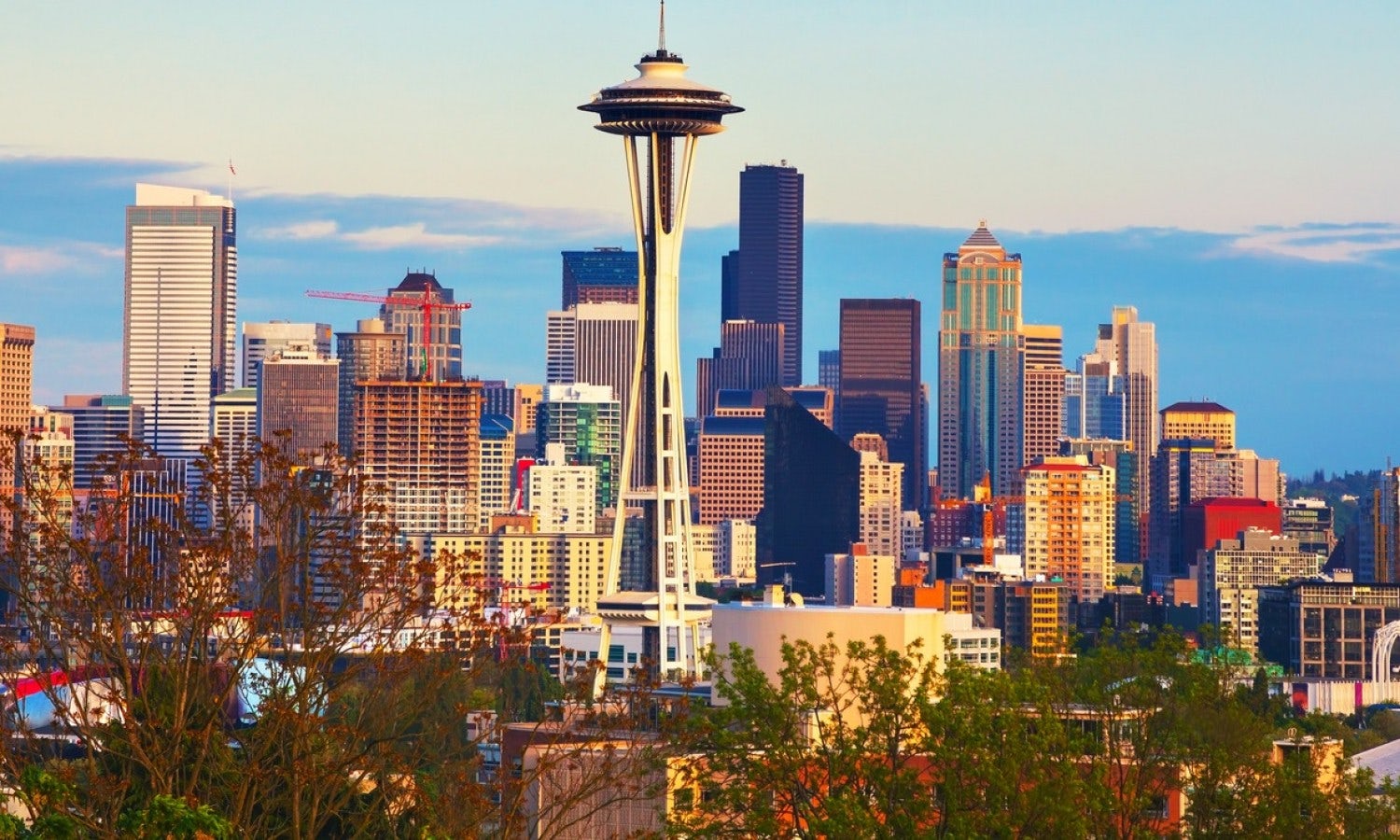 There is no more iconic symbol of Seattle than this streamlined, one-of-a-kind tower proudly overlooking the city. It was built in 1962 for the World’...

In the top 5 attractions for Seattle

Filter by:
All
Entrance Tickets Immerse yourself in a world where curiosity, creativity and color come to life. Chihuly Garden and Glass offers a comprehensive selection of... Prepare to be blown away by the sheer colors which will surround you as soon as you enter Chihuly Garden and Glass. Be dazzled by a fantasti...

Available in: English
Entrance Tickets
£ 40
> Reviews
Beth a year ago
()
I am so glad that we bought the Seattle City Pass. It was a great value as almost every admission was 30 to 40 dollars per attraction. The pass made it easy to skip the lines and the attraction attendants seemed to like it when we used them, much less work on their end. We had a great time!!
Davide a year ago
()
Prezzo imbattibile grazie alla promozione con Google Trips, anche visitando solo due delle attrazioni incluse si ripaga già completamente!Acquistato la sera prima è arrivato via email entro le 4 ore previste e ho potuto cambiarlo la mattina stessa alla cassa dello Space Needle, comodissimo!
Daniel 2 years ago
()
Hemos reservado un par de experiencias y todo ha salido a la perfección
Arthur 2 years ago
()
l'équipe service client est à disposition, en plusieurs langues.
Joan 2 years ago
()
had to organise a 2 wks trip in Europe, website super useful
Martha 2 years ago
()
Hassle-free! Do yourself a favor and book before you go.
Xin 2 years ago
()
booked all I needed so looking great to me for now!
Jannet 2 years ago
()
Truly unforgettable. Can't recommend it enough
Richard 2 years ago
()
if in town you have to do this, amazing
Annemarie 2 years ago
()
Really a once in a lifetime experience
Meztli 2 years ago
()
Muy útil, eficiente y ahorras dinero
Greta 2 years ago
()
Servizio rapido e puntuale
Andrea 2 years ago
()
Tutto semplice e veloce
Vettier 2 years ago
()
ne surtout pas hésiter
Ellen 2 years ago
()
and wow again
Location
Seattle Space Needle Seattle Seattle

Seattle CityPASS® tickets include prepaid admission to Seattle’s top attractions and save travellers... Get back to nature and enjoy this 7 day national parks extravaganza, admiring some of nature's most ... Mt. Rainier is encased in more than 35 square miles of snow and ice, and surrounded by old-growth fo...

Get on an open boat adventure tour, explore protected waters and discover the islands' abundant wild... Seattle
View all experiences in Seattle

There is no more iconic symbol of Seattle than this streamlined, one-of-a-kind tower proudly overlooking the city. It was built in 1962 for the World’s Fair and has been a defining symbol of Seattle and the most prominent landmark of the Pacific Northwest for more than 50 years. The structure is 184 metres tall, so there is probably no need to explain what kind of views you can observe from its top. Not only Seattle skyline but also the Olympic and Cascade mountains along with Elliott Bay are among the landmarks a viewer can marvel at from the Space Needle on a clear day. At 160 metres, the structure has an observation deck, which sells over a million tickets per year to those willing to soak in the spectacular 360 degrees view beneath them!