Once part of the Roman, Byzantine and Ottoman Empires, this Greek port city has a rich history that is just waiting to be discovered. Many monuments have been listed as UNESCO World Heritage Sites, with some of the mosaics considered great masterpieces of Early Christian art. Hop off at the Church of Agios Dimitrios for one of the most famous examples.

This City Sightseeing tour includes the White Tower of Thessaloniki or Lefkós Pýrgos. Undoubtedly the most famous landmark in the city, this 15th-century Ottoman tower stands on the waterfront and offers fantastic views across the bay. From the old to the new, continue along the promenade to see one of the most photographed sculptures in Thessaloniki. Zongolopoulos' Umbrellas, a more modern installation near the Makedonia Palace Hotel, make for a fantastic photo at sunset.

Hop back on the bus as it takes you to Ano Poli, Thessaloniki's Upper Town, located around the acropolis. Arguably one of the most beautiful areas and in fact, the only historic neighborhood to survive the Great Fire of 1917, it's worth hopping off here and wandering through the streets, admiring the traditional architecture and unbeatable views. If you want to keep exploring, you might want to climb to the upper part of the Old Town to visit the Heptapyrgion, the Byzantine fortress that overlooks the city.

Customers must redeem their mobile vouchers at stop 4: Lefkós Pýrgos. Paper vouchers can be redeemed at any City Sightseeing bus stop along the route

What to remember
Read more
When
Read more
Provider
City Sightseeing
Booking fee
Good news! No extra fees are applied to this booking.
Cancellation policy
Receive a 100% refund if you cancel up to 24 hours before the experience begins. 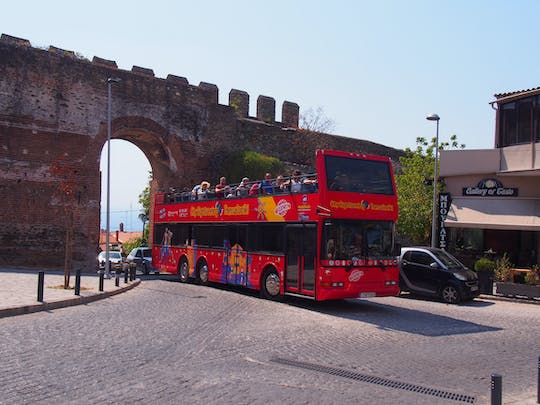 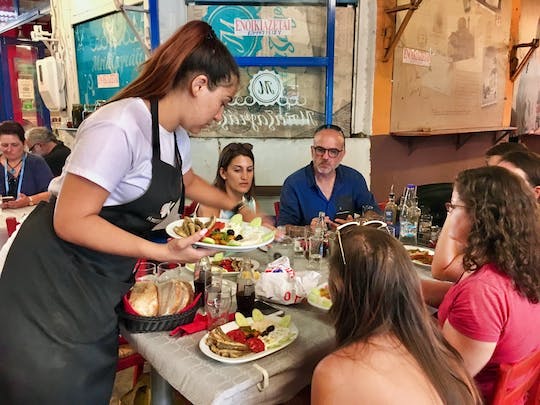 Discover the favors of Thessaloniki during this walking food tour. Try local dishes and drinks, like siropiasta and ouzo! 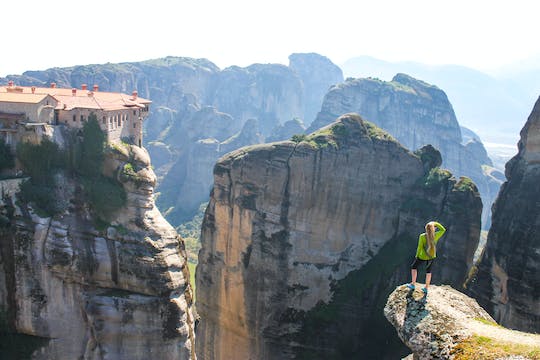 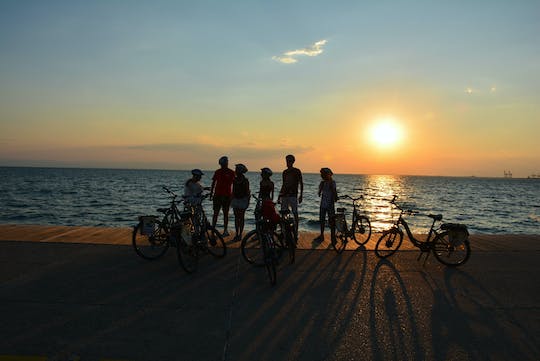 Discover the treasures of Thessaloniki during this private tour at sunset by e-bike. Taste local street food and enjoy a beer after your efforts. 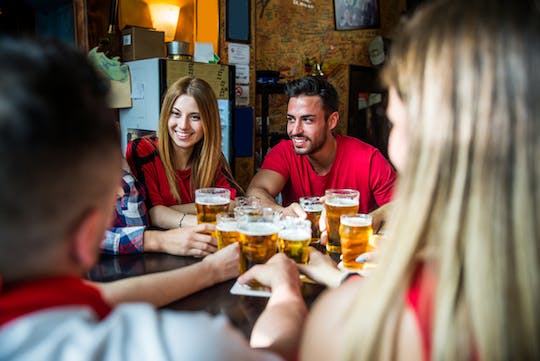 Guided food and drink tour of Thessaloniki by night

Discover Thessaloniki by night during this food and drink walking tour. Explore the flavors of the city and the hidden corners of the old town. 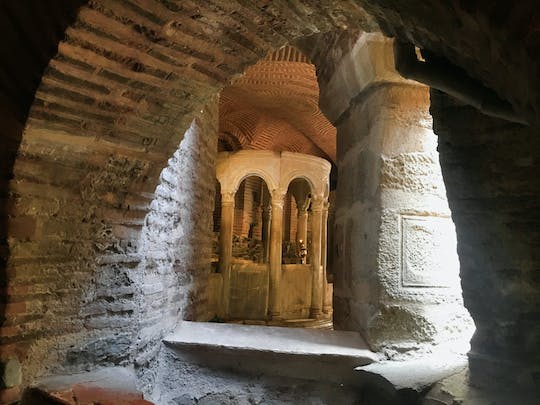 Discover ancient Thessaloniki during this private guided tour and listen to your guide's anecdotes about the city. Daily tour of Meteora from Athens by train

Enjoy a visit to Meteora from Athens and explore its amazing ancient Monasteries in five hours. 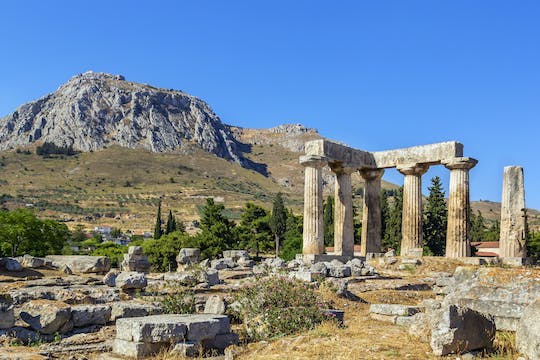 Ancient Corinth tour with wine tasting in Nemea from Athens

Enjoy a day trip in Ancient Corinth and discover four local wines in Nemea during a wine tasting.

Day trip from Athens to Meteora by train

Take a day off from sightseeing in Athens and discover the breathtaking views of Meteora. With its sleepy villages, deserted pine-clad mountain trails and well-preserved classical ruins, western Rhodes is the perfect place to soak up the island's history and culture. Firstly, you'll travel back through the centuries at ancient Kamiros. The adjacent Agora and Acropolis will give you a real sense of how the residents went about their daily lives in the fifth century BC. Next up is Embona – the highest village in Rhodes – where you'll have free time for lunch. After a wine tasting, continue to Siana, a mountain-side settlement, then coastal Gennadi for a coffee and an insight into local life.