Get a personal history lesson on guerilla warfare by climbing into the underground tunnel system of Cu Chi that played a crucial part in the war and imagine what it would have been like to eat, sleep, work, cook... even go to school underground as a conflict raged above.

Built by local fighters during the Indochina conflict, the Cu Chi tunnels served as a base from which the Viet Cong could operate from close to the Southern Vietnamese capital. Journey 2.5 hours west towards the Cambodian border. Before arriving at the Cu Chi tunnels, you'll visit with some local friends and gain an insight into local life in the area, both past and present. Continue on to the Cu Chi tunnels, a 200km tunnel complex built in 1948 when the Viet Minh required a hiding spot from French air attacks. By 1965, it included hospitals, schools, meeting rooms, kitchens, and sleeping quarters.

Today, the Vietnamese government has preserved approximately 75 km of the Cu Chi tunnels as a memorial park, and in some areas, the tunnels have been accessible to tourists. Your guide will take you on a fascinating tour of the tunnels. You'll walk past huge bomb craters, hidden pathways, sample some of the simple food that local fighters survived on, and have an opportunity to venture into the tunnels and explore the complex.

The tour includes pickup at hotels in Ho Chi Minh City. Please email the provider to reconfirm your booking and pickup location 24 hours prior to departure

What to remember
Read more
When
Read more
Provider
Urban Adventures
Booking fee
Good news! No extra fees are applied to this booking.
Cancellation policy
Receive a 100% refund if you cancel up to 24 hours before the experience begins. Mobile voucher accepted
from:
$50.01
Sorry, it's sold out
Unfortunately all tickets have been sold out for this event The history of Cu Chi Tunnels by luxury speedboat

See traps, the secret entrances, the bunkers, and underground hideouts during the war at the Cu Chi Tunnels in Ho Chi Minh City, Vietnam. 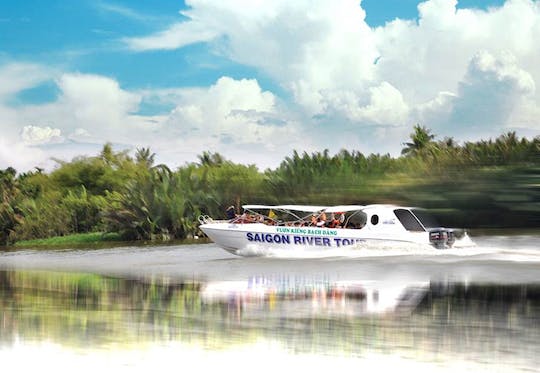 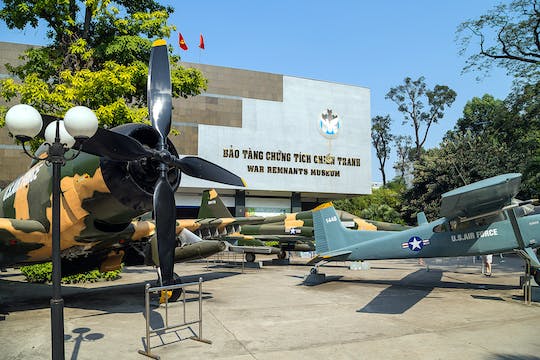 Got a spare day in Ho Chi Minh up your sleeve? Well then fill it up with this full-day tour that will allow you to see the city's major highlights! 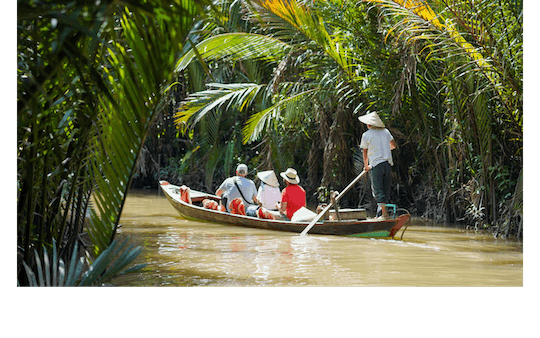 Journey to the Mekong Delta, Vietnam's agricultural heartland. Cruise down the Mekong river on this awesome local boat experience!

free cancellation
Duration from 7 hours to 8 hours
Available in: