For over 15 years and more than 3000 performances as a professional vocalist/pianist, Bill Connors has perfected the art of portraying Sir Elton John. Every mannerism, voice inflection and nuance has been carefully studied and recreated. Bill also has what can’t be learned by impersonators: an uncanny resemblance to Captain Fantastic. His portrayal of Elton in sports arenas, top venues and concert halls across the country has won the hearts across the pond as he was invited and performed Lucy in the Sky at the official Liverpool 50th celebration of Sgt. Pepper by the Beatles in 2017!

Now you can see the Elton John tribute show at GTS Theatre! This one-of-a-kind concert includes the costumes, the color, the fabulous showmanship, and time tested hit songs! It’s all captured by Bill, making this the perfect show for any Elton enthusiast. American Elton aka Bill Connors has portrayed the Rocket Man from Hawaii to England, San Francisco to Florida. He was featured on America’s Got Talent, is currently in ‘the Greatest Piano Men’ show in Vegas, and is a former artist from Legends in Concert. Don’t miss your chance to see American Elton – Bill Connors only at GTS Theatre!

What to remember
Read more
When
Read more
Provider
GTS Theatre
Booking fee
Good news! No extra fees are applied to this booking.
Cancellation policy
Receive a 100% refund if you cancel up to 24 hours before the experience begins. Check out over 100 hands-on interactive exhibits at WonderWorks in Myrtle Beach with this all-access admission ticket. Book yours today! 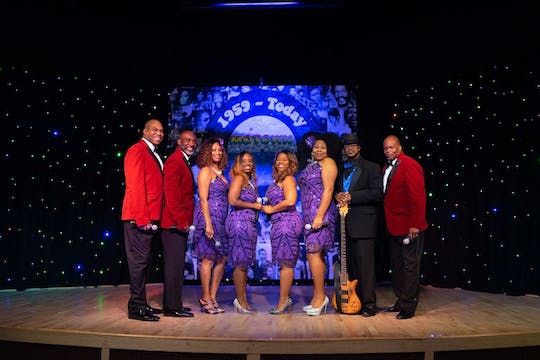 Book your Broadway Grand Prix tickets now to race to victory on 1 of 7 go-kart tracks, play miniature golf on 18-hole courses, and more!