Siam Park is the largest water park in Europe and one of the major in the world. Located in the south of Tenerife, it's one of the main tourist attractions of the Canaries.

Siam Park is a Loro Parque-owned water park in Tenerife (Canary Islands). It is located on the TF1 highway in Costa Adeje. Siam Park features a Siamese theme, and claims to be the most spectacular water attraction in Europe. The park was opened by Her Royal Highness the Princess of Thailand Maha Chakri Sirindhorn.

Siam Park's construction started in 2004. Originally stated to open in May 2007, it has endured construction problems, however the park finally opened to the public on September 17, 2008.

On this website, besides buying a ticket for the Siam Park, you can also buy the Twin Ticket. It's a ticket that allows you to visit both Siam Park and Loro Parque (one of the world's most important zoological gardens). With the Twin Ticket, you must visit the second park within 15 days from the visit to the first park.

Siam Park provides their own double-decker buses to pick up guests in Los Cristianos, Las Américas and Costa Adeje (*Schedule subject to changes)

Siam Park offers its own shuttle service. Please remember to make your reservations 48 hours before by phone

Read more
Provider
Loro Parque s.a.
Booking fee
Good news! No extra fees are applied to this booking.
Cancellation policy
Unfortunately, we can't offer you a refund nor can we change or cancel your booking for this particular product, due to our partner's policy. 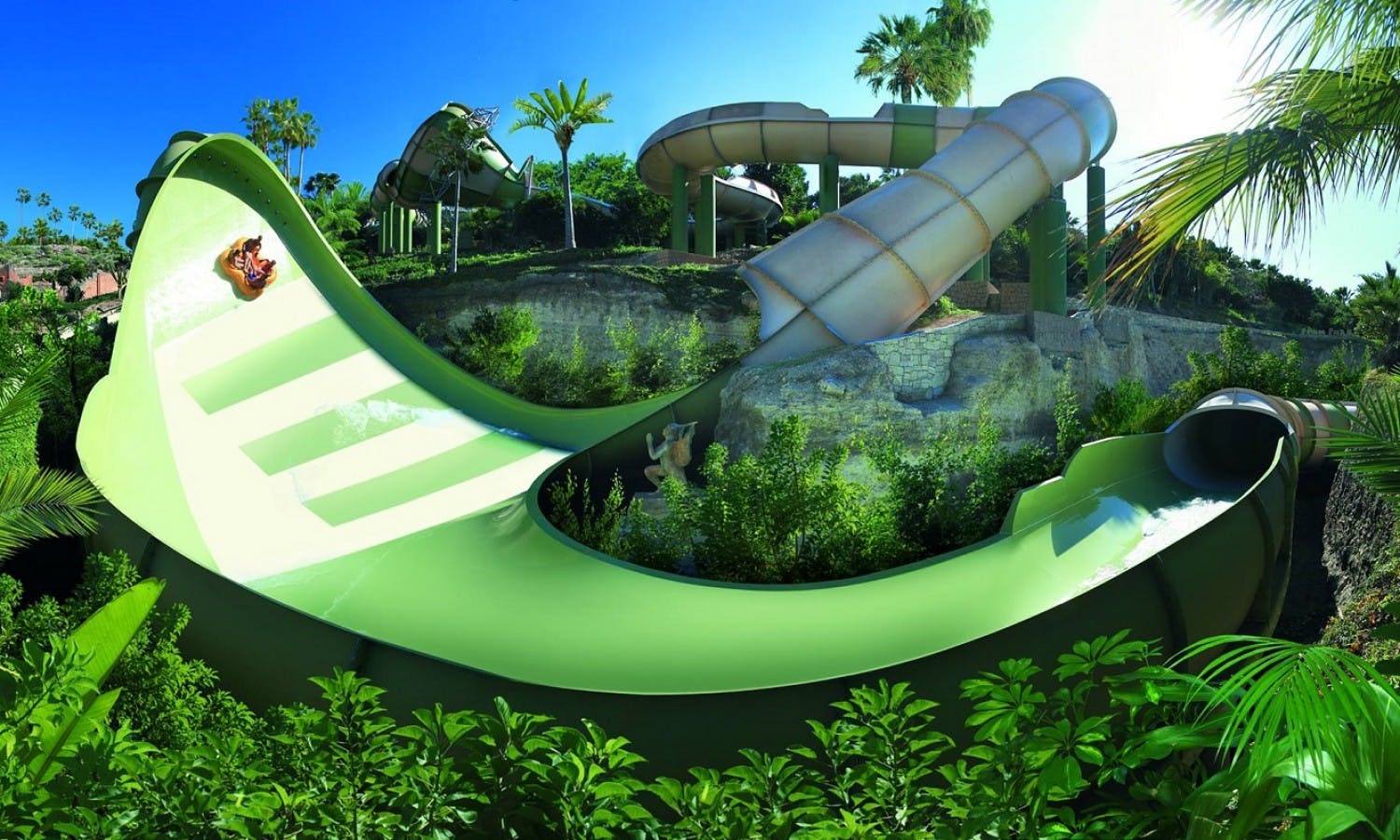