Things to do in Limassol 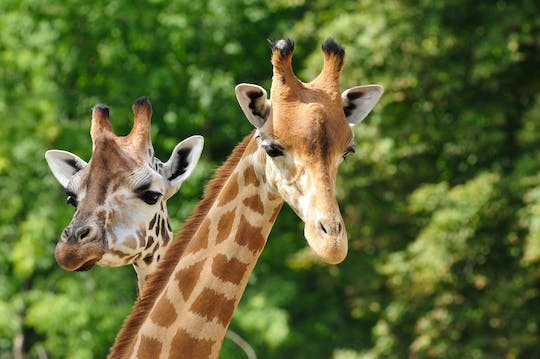 It's all animals and nature on this great value tour to Pafos Zoo and the Blue Lagoon. You'll get the day off to a roaring start at Pafos Zoo where you'll have plenty of free time to roam the exhibits. There are over 1,200 creatures including giraffes, monkeys, tigers and even reptiles, and be sure to catch the parrot show where you're sure to have a chuckle at these cheeky birds. Then, we'll travel on to Latchi harbour for a typical local lunch and afterwards catch the yacht to the Blue Lagoon, where your captain will drop anchor for you to take a dip. 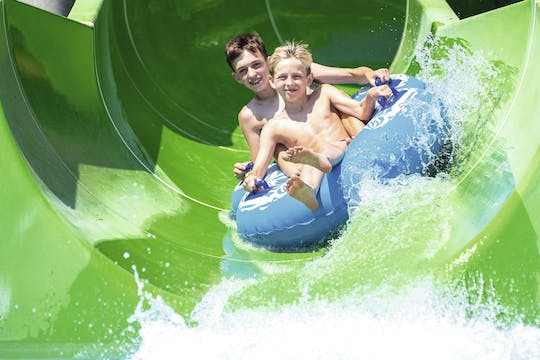 Keep cool and enjoy the watery thrills on an excursion to one of Cyprus's best water parks. Your ticket-only excursion gives you full access to Aphrodite Waterpark for the whole day. Get your adrenaline pumping as you plummet down the 12-metre vertical Free Fall slide, before charging down the Raging River. Slow things down a bit on the Lazy River or grab the whole family for the relaxed Family Rafting ride. The smaller kids will love the dedicated kids' areas, which include smaller versions of some of the ‘grown up' attractions in the park, and there's even a pirate ship for some swashbuckling fun 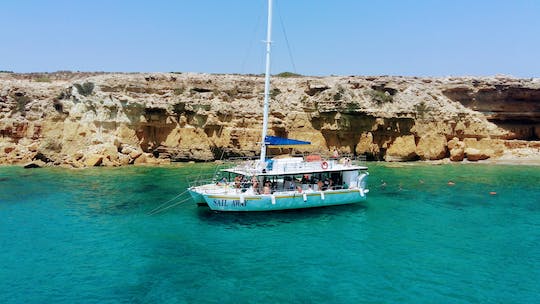 This trip has all the bases covered – sunbathing, swimming, drinks and some of Cyprus's most impressive coastal scenes. Hop aboard in Limassol and grab yourself the best spot for stretching out as your captain and crew steer the way south, towards Cape Gata. Local drinks are on tap too, including juices, wine and beer, so you can sip away as you admire the ever-changing landscape. There'll be a couple of stops for swimming, snorkelling or just taking a dip to cool off. It's all completed with some lunch on deck after swimming at Lady's Mile Beach. 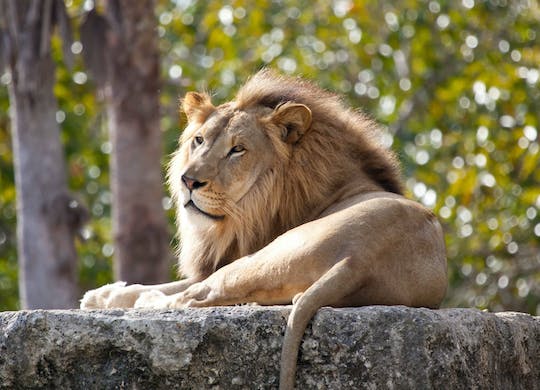 From tigers, lions and giraffes to penguins, monkeys and more, Pafos Zoo is a giant playground where kids can run wild and discover over 500 species of animals. Venture in and wander from enclosure to enclosure in your own time. Meet all the residents, big and small, make sure you catch the famous parrot show and take the kids down to the children's farm where they can pet and interact with friendly animals. There's also everything from elephants and giraffes all the way to guinea pigs and porcupines. What's more, the park has all the facilities you'll need including a snack bar, restaurant and souvenir shop. 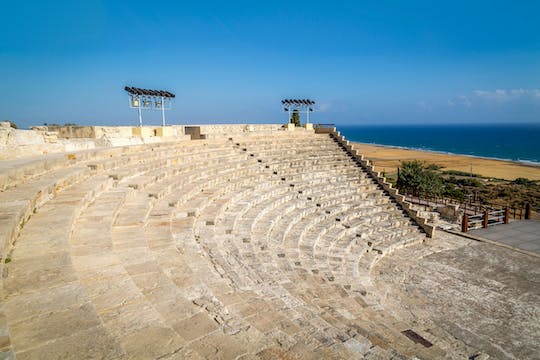 Cyprus is home to many important ancient Greek and Roman archaeological sites. You'll head to Kourion to briefly explore landmarks such as the impressive theatre – dating from the second century BC – and the Agora. En route to Paphos, there's a photo stop at Petra tou Romiou – or Aphrodite's Rock – where, legend has it, Aphrodite emerged from the sea foam. Next, journey on to Ancient Paphos for a guided visit to the legendary Tombs of the Kings, the House of Dionysos and its incredibly well-preserved mosaics. Later, you'll enjoy some free time in Paphos town. 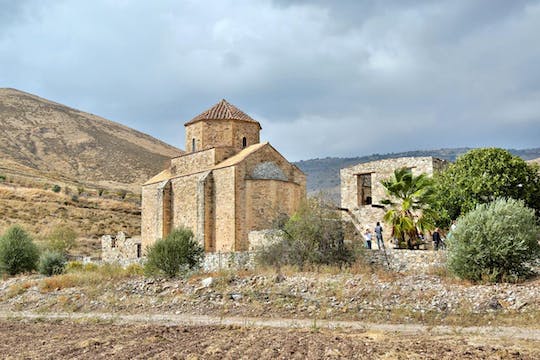 A chance to explore the rustic side of Cyprus. On this excursion, you'll get to discover the remote Xeros valley on the back of a donkey. Your laidback adventure kicks off at Argonaftis donkey farm in Kelokedara. Savour local favourites, including haloumi cheese and – if you're brave enough – zivania firewater. After instruction, you'll hop on to your donkey and head slowly – or ‘siga, siga' as the locals say – up the Xeros valley to the 16th century Sinti Monastery. Then, back at the farm, your evening ends with a barbecue meal with wine and traditional music and dancing. 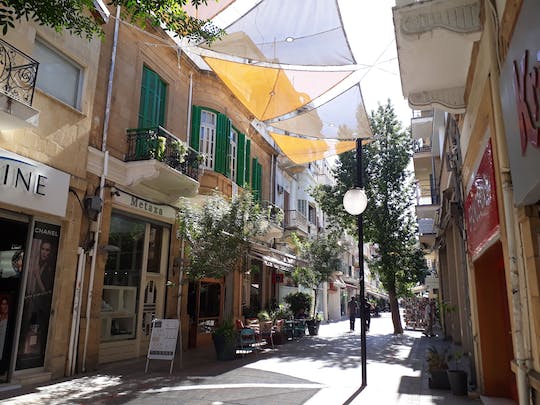 As the last divided capital in the world, Nicosia is a fascinating city to explore – offering you a glimpse of two very different worlds. Your first stop is the St. John's Cathedral built in Franco-Byzantine style. Next up is a walking tour through Laiki Geitonia inside the Venetian city walls. It's a maze of winding streets with churches, squares and ornate buildings. After crossing the Green Line, you'll hear tales of the city's history and culture as you tick off some of the main sites – Market Square included. 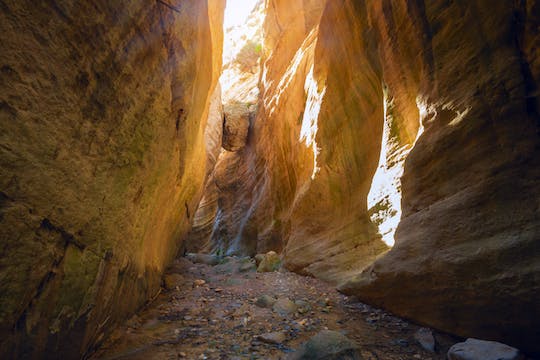 There's only one way to explore Cyprus's last wilderness – in a 4x4 vehicle. This private off-road adventure will take you on a bumpy ride through the rugged Akamas peninsula. You'll get to see the wildlife-rich Avakas Gorge and Lara Bay, visit Port Latchi and the mythical Baths of Aphrodite. An action-packed day.Home to more than 160 species of birds and almost 40 species of plants, the entire peninsula is a national park. There are no main roads – just dirt tracks and pathways. The fun kicks off with a drive to the giant limestone walls of the Avakas Gorge. Next up is Lara Bay. This very remote spot – even by Akamas peninsula standards – is home to a breeding station for protected green turtles.It's time to rev up the engine again for a trip to Port Latchi and a stop for lunch. In the afternoon, visit the Baths of Aphrodite. Legend has it that the Greek goddess of love used to bathe here with her lover, Adonis. Legend also has it that the waters have magical rejuvenating properties. 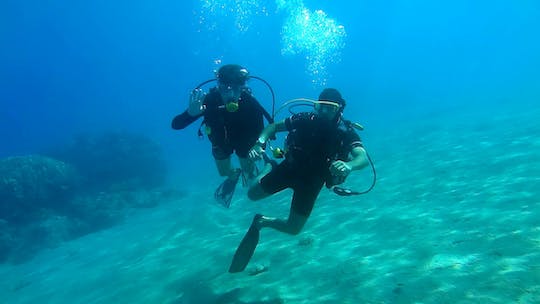 Calm, warm and clear - the waters surrounding Cyprus are ideal for scuba diving. From beginner to certified, there are options to suit all levels. Bubblemaker introduces children to scuba diving in a pool. Discover Scuba Diving takes one morning. Learn a few simple skills and complete an open water dive. Discover Scuba Diving Adventure is a 2-day course with 2 guided boat dives around Akrotiri. Scuba Diver - learn the basics, then complete open water dives. Open Water - complete open water dives in 3 or 4 days. Advanced Open Water will help your confidence and scuba skills. Zenobia - 1 day, including 2 dives and lunch. 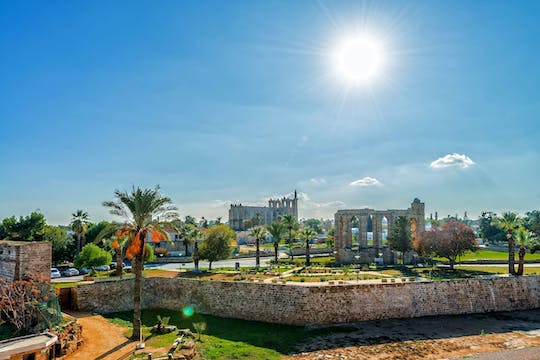 This full day tour to the occupied northern part of Cyprus takes you to three of the country's most intriguing spots. Your journey into the past starts all the way back in classical times at Salamis. You'll explore its ancient roads and ruined temples as well as the partially restored amphitheatre. After free time for lunch, you'll explore Famagusta. Your guide will show you sights such as the Venetian castle and the Gothic cathedral turned mosque. Before returning to the south, there will be time to gaze at the haunting sight of Varosha, abandoned since the Turkish invasion more than 40 years ago. 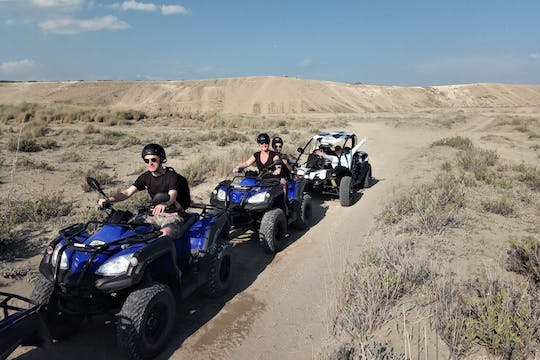 Quad or Buggy Tour from Limassol

This quad or buggy safari tour will be right up your street if you like your sightseeing served with a dollop of adventure. The three-hour version takes in Lady's Mile Beach, Salt Lake, the shipwreck and Kourion beach in Akrotiri Bay, while the 5-hour tour passes Episkopi, Kantou, Erimi and Kolossi as well as the River Kouris. 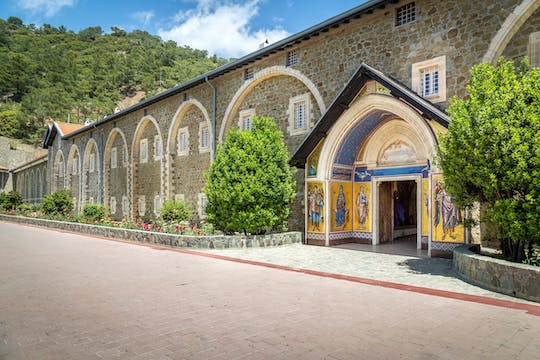 You'll travel through the forested Troodos Mountains and discover some of Cyprus' wildest landscapes on this private 4x4 tour. See vineyards, waterfalls, mountain villages like Omodos, pine forests and the most holy religious monument on the island – Kykkos Monastery.We'll kick off the action by driving deep into the Troodos Mountains. Our first pit stop will be Omodos village, right in the heart of Limassol's wine growing region, where you can try one of the local coffees or visit the Monastery of the Holy Cross. Next, we'll go a bit off-piste into the wilderness following dirt tracks through the forest where you'll see ancient Tzelefos Bridge along the way.Afterwards, it's Cyprus' must-see attraction – Kykkos Monastery – slap bang in the middle of the forest. It's the largest and most important monastery on the island and you'll explore every corner before sitting down for a mezze-style lunch in a village taverna. Finally, we'll head to a beautiful forest waterfall with ice-cold water cascading down 20m. A refreshing end to an action-packed day.

Limassol
View all experiences in Limassol 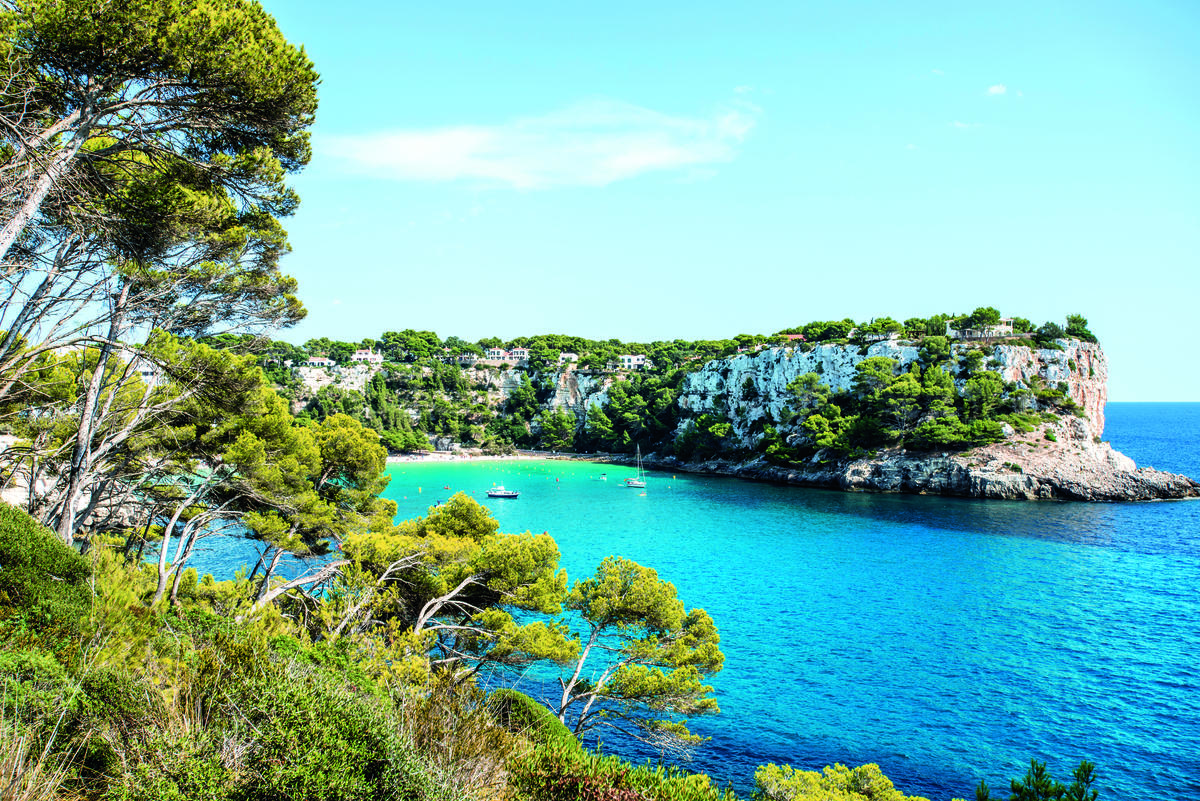