This guided excursion from Mexico City allows you to explore Puebla and Cholula. You'll be picked up from your hotel and be driven to Puebla, where you will visit the Chapel of the Virgen del Rosario which is attached to the Temple of Santo Domingo, an architectural work from the 17th century, the summit of New Spain's baroque.

Then, you will visit the Catedral Basílica de Puebla, also known as the Cathedral of Our Lady of the Immaculate Conception according to its Marian dedication. It is one of the most important buildings in the historic center declared a world heritage site.

Finally, you will go to Cholula, a famous town for its 365 temples, built over Pre-Colombian monuments by the Spanish. Enjoy a panoramic visit to the Great Pyramid of Cholula or Tlachihualtépetl, the highest covered pyramid in Mexico; right at the top is a Christian church. On your way to Cholula, you will make a quick stop in a coffee shop to stretch your legs and get pictures of the volcanoes.

You will indicate your pick-up location at checkout. Please meet the guide in the lobby of your hotel. Hotel pick-up/drop-off is available from any hotel or Airbnb located in Zona Rosa, Zocalo, Reforma, Roma, Condesa, and Polanco area in Mexico City

What to remember
Read more
When
Read more
Provider
Encuentro T
Booking fee
Good news! No extra fees are applied to this booking.
Cancellation policy
Receive a 100% refund if you cancel up to 24 hours before the experience begins. 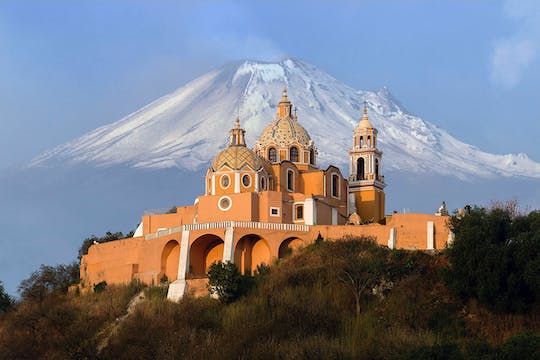 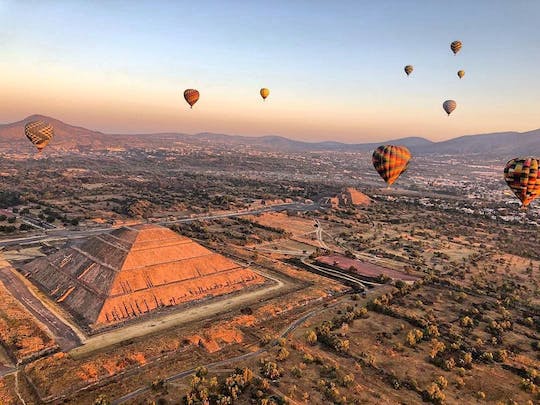 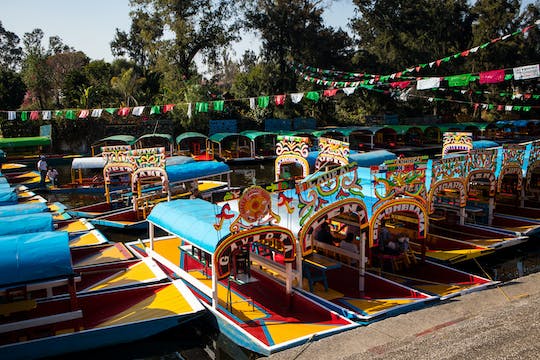 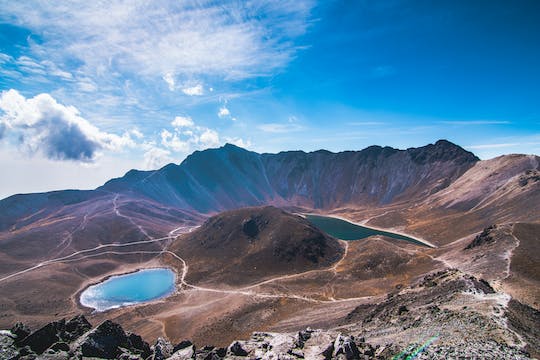 Learn interesting details about the life and work of Frida Kahlo and her husband Diego Rivera, two of Mexico's most famous artists. Visit the Museum Diego Rivera Anahuacalli and the "Casa Azul" (House of Frida Kahlo). 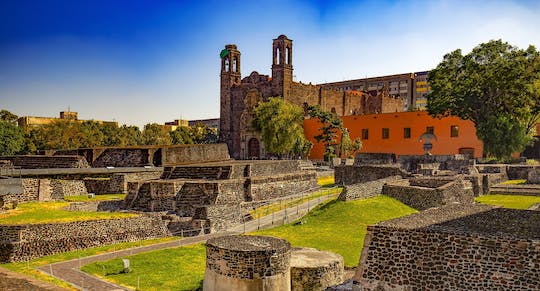 Enjoy a full-day tour that gives you the chance to visit the Aztec archaeological site of Tlatelolco, the pyramids located in Teotihuacán, and the beautiful Basilica of Guadalupe a greater religious sanctuary. 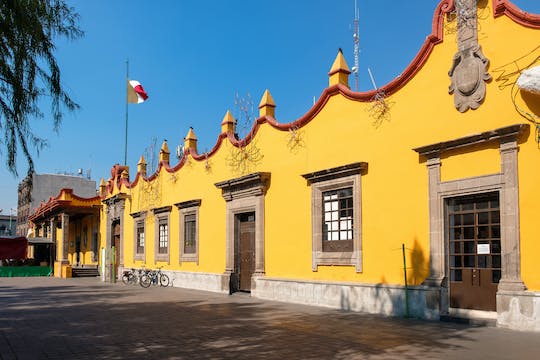