At noon on the first Wednesday of every month, Prague's air sirens are tested. The sirens and still-present bunkers in the city are a reminder of the struggles that occurred in the capital of a Soviet satellite state. On this walking tour, you'll journey through 40 years of Prague's history in the Cold War.

You'll start off in a large shelter built into Vitkov Hill. This site has always been home to the world's largest equestrian statue, dedicated to the general Jan Žižka. However, the Communist Party of Czechoslovakia (KSC) took power in 1948 in an “elegant coup” and created The Hall of the Red Army. Walk through the building and see the mausoleum which once contained the mummified body of Klement Gottwald, first chairman of the KSC, as well as the laboratory dedicated to keeping the embalmed body intact. From the top of the hill you'll get a wonderful panorama of the city, including the Television Tower.

Learn more about the daily lives of Prague citizens under totalitarianism. See the Letna Hill, which once had the largest Stalin statue in the world, and visit the John Lennon Wall, where citizens risked imprisonment to create graffiti messages of protest and expressions of freedom. Experience totalitarian architecture as we take in the brutalist National Assembly building built for the Communist Parliament. Walk to the famous Wenceslaus Square, where the Prague Spring of 1968, was suppressed with tanks.

Your tour will extensively cover the rise of communism in Czechoslovakia, the Velvet Revolution, the rise of Vaclav Havel as president, and the current state of the country's economy and culture. Emerge with a better understanding of Cold War Prague and today’s Czech Republic, a liberal democracy still recovering from the social and economic effects of totalitarianism.

Meeting point:
Meet at the door of the St. Joseph Church (Kostel sv. Josefa), just to the right of the Palladium Mall Entrance at Namesti Republiky 1, Prague 1
What to remember
Read more
When
Read more
Provider
Insight Cities
Booking fee
Good news! No extra fees are applied to this booking.
Cancellation policy
Receive a 100% refund if you cancel up to 24 hours before the experience begins. 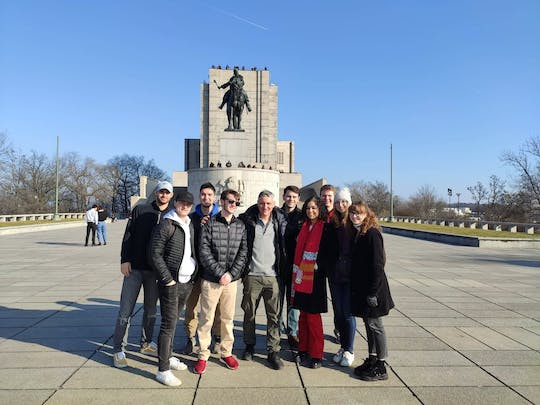 Mobile voucher accepted
from:
£52.00
Sorry, it's sold out
Unfortunately all tickets have been sold out for this event

Book your ticket for your lunch cruise in Prague with Musement to see the city's stunning sights and landmarks as you sail along the Vlatva River. Live music! 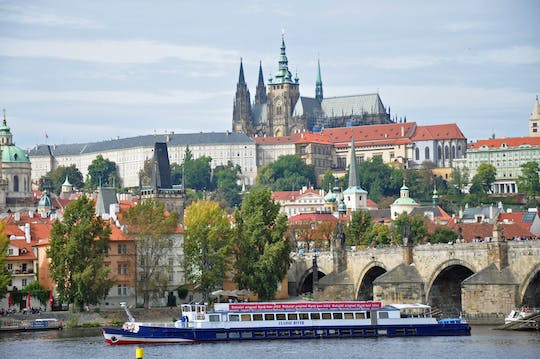 Enjoy a guided city tour of Prague and discover it on foot, by bus and by boat. See the most famous landmarks and learn about the history of the city. 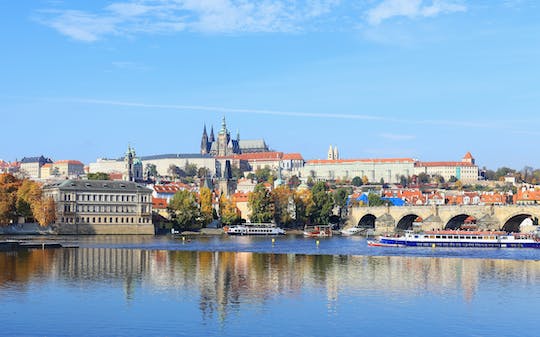 Book this hour-long panoramic river cruise of Prague's Vltava River and admire the magnificent monuments from the water as you relax with a drink.

Save time and skip the lines with this ticket option to Prague Castle. Visit this spectacular attraction in Prague and enjoy the beautiful interiors and history.