Tour inside Thrihnukagigur volcano from Reykjavik

After a volcanic eruption, magma chambers usually collapse, but in Thrihnukagigur, the lava drained out like water from a pipe leaving the volcano's plumbing system empty. For this reason, Thrihnukagigur crater is one of few places in the world where you can enter a volcano and explore its magma chamber. The volcano is reached via an hour-long walk and entered via an open cable lift, a descent of 120 meters. The volcano's ground space is equivalent to around three basketball courts, and the center cavity could easily fit the Statue of Liberty.

The tour departs from The Gray Line Bus Terminal at Klettagarðar 4. The best option to get there is simply to take advantage of the complimentary hotel pick up service by contacting Gray Line Iceland to let them know exactly where you are staying. Alternatively, you can make your own way to the meeting point. Please arrive at least 15 minutes prior to the tour departure time and introduce yourself at the sales desk for check-in.

What to remember
Read more
When
Read more
Provider
Gray Line Iceland
Booking fee
Good news! No extra fees are applied to this booking.
Cancellation policy
Receive a 100% refund if you cancel up to 1 day before the experience begins.

Tour inside Thrihnukagigur volcano from Reykjavik

Mobile voucher accepted
from:
£256.00
Sorry, it's sold out
Unfortunately all tickets have been sold out for this event 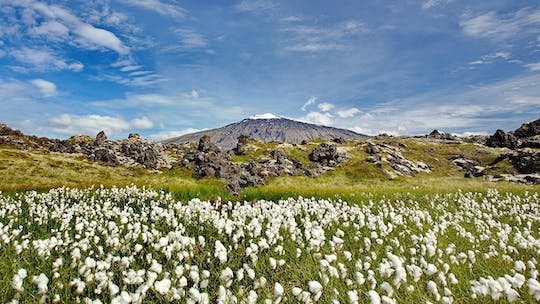 free cancellation
Duration up to 13 hours 30 minutes
Available in: 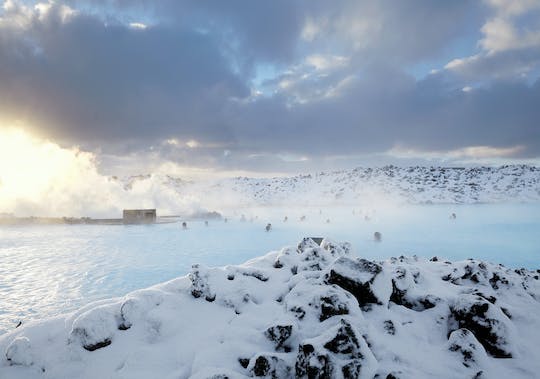 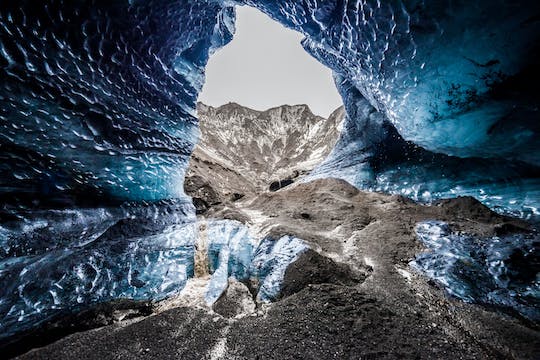 Enjoy a guided tour to the Katla Ice Cave, also known as the Dragon Ice Cave, arrive there by a super jeep ride. 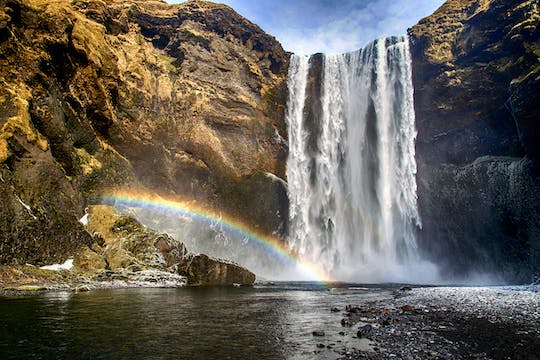 Enjoy a tour of the South Coast in the relaxing comfort of a minibus and enjoy a thrilling adventure climbing waterfalls and hiking a glacier.