Spend an entire day visiting the UNESCO-listed Angkor complex with your personal guide, starting with hotel pickup in Siem Reap, considered the gateway to the vast archaeological site. While you travel there by private vehicle, learn about the symmetry and composition of the ancient temples built during the Khmer Empire.

On arrival, pay the entrance fee to the park then set off for the royal city of Angkor Thom and its centerpiece, the Bayon. At first glance, the stone towers may seem like shapeless masses, but further scrutiny reveals enigmatic faces of former King Jayavarman VII sculpted into every direction. A short walk away is the Baphuon temple and Terrace of the Elephants, which served as a platform from which the king could welcome back his victorious army. Continue by car to Ta Prohm, a jungle temple overgrown with fig trees that lend it a haunting atmosphere. The magnificent roots of the trees have merged over the centuries with the temple’s huge stone blocks, emphasizing a ‘forgotten city’ feeling.

Have lunch (own expense) at one of the restaurants in the Angkor area recommended by your guide. Afterward, visit Angkor Wat, considered by many to be one of the most inspired and spectacular monuments ever built. With its soaring towers and extraordinary bas-reliefs, the temple is truly an awe-inspiring sight surrounded by a glistening moat. Learn from personalized commentary about the hundreds of fine carvings of Apsara and Hindu mythology.

In the evening, you have the option to view the sunset at one of the temples recommended by your guide, before return transport to your hotel in Siem Reap.

Pick up and Drop off at your hotel in Siem Reap

What to remember
Read more
When
Read more
Provider
K-YORK TRAVEL SERVICE CO.,LTD
Booking fee
Good news! No extra fees are applied to this booking.
Cancellation policy
Receive a 100% refund if you cancel up to 48 hours before the activity begins. 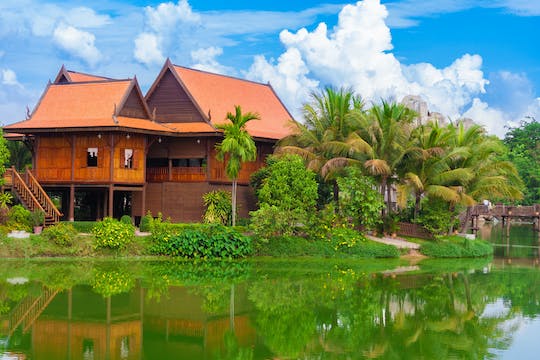 Welcome to the Cambodian Cultural Village located just 5 Km away from the Angkor Wat temple the worl... 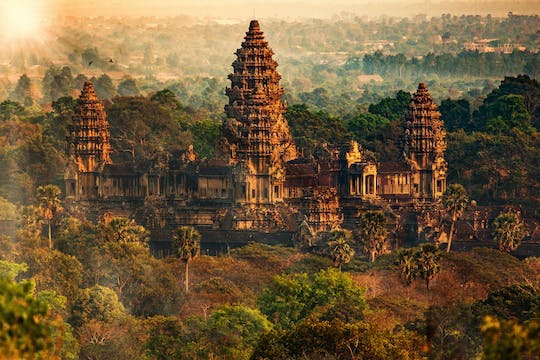 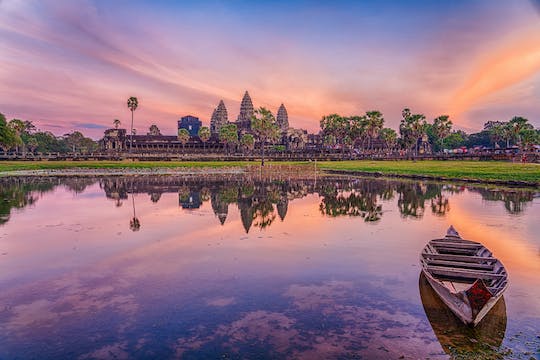 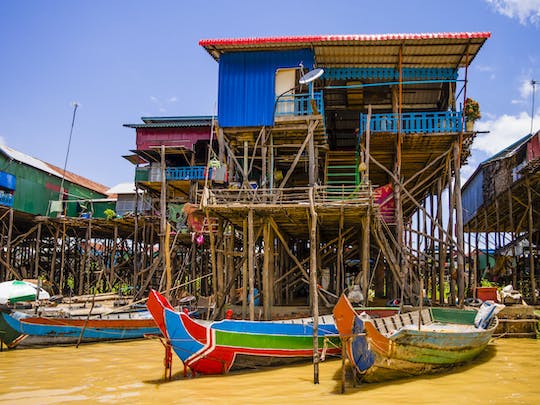 Begin the day with pick up at your hotel and head to the Angkor complex. Follow your tour guide to v... 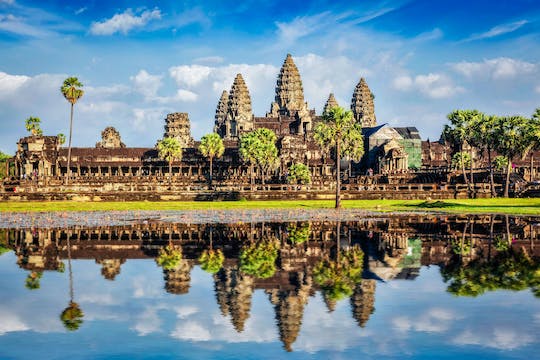 Explore half-day temples begin at the Temple of Angkor which built by the king Suryavarman II in the...