Things to do in Alghero 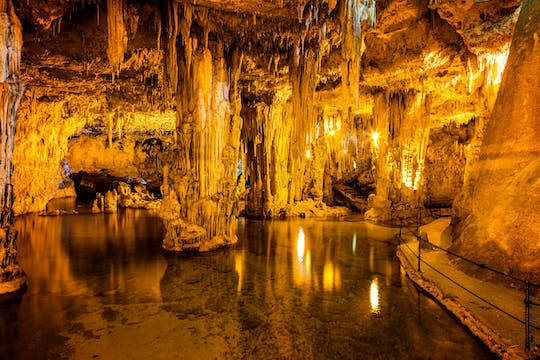 It may be named after the Roman god of the sea – but Neptune's Grotto was discovered only a couple of hundred years ago. Hidden just above the water level at the base of the towering and remote Capo Caccia cliffs, the grotto is one of Sardinia's most dramatic natural attractions.After sailing from the harbour, you'll pass rugged coastline before reaching the grotto in under an hour. On arrival, you can choose whether to go in to Neptune's Grotto or not. If you do, you'll see stalactites biting down like incisors from the roof of the cave and stalagmites stabbing up from the floor like daggers, and a saltwater lake that stretches out for 120 metres – all while having the geology expertly brought to life by your local guide.If you choose not to take the subterranean tour, you can stay on board basking in the sunshine. Either option is a great way to spend some time before a leisurely trip back to port. 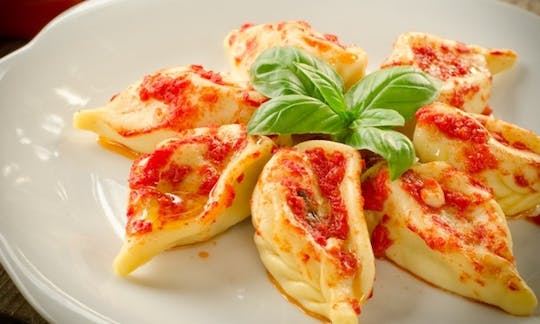 Purchase on Musement your traditional cooking class with a passionate local chef. Use fresh ingredients and wine from the region of Alghero as you learn recipes. 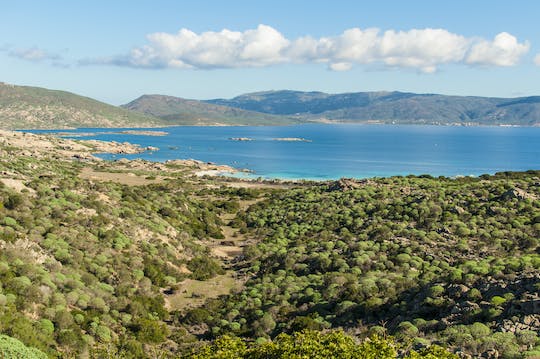 Enjoy a full-day tour of Asinara Island's National Park to discover the natural beauty of one of the most suggestive corners of Sardinia! Discover Alghero, one of Sardinia's most beautiful medieval cities. Despite being quite touristy in summer, this city preserves its unique character and enchanting spirit. An experience that gives a whole new meaning to the Latin maxim of ‘in vino, veritas'. You'll discover the true taste of Sardinia with this exclusive visit to the Azienda Agricola Leda' d'Ittiri, an all-female, family-run winery complete with olive groves. Travel into the sun-soaked hills of Porto Conte Natural Park, the scenic setting of this estate. Here, owner-sommelier Anna Maria will show you around her pride and joy. Get the lowdown on the wine and olive oil production processes as you stroll through vineyards and groves with views of the mountains in the background.Then, it's time to savour the fruits of her labour. Head to farmhouse to swill on red and white wines, paired with cheese, salami and flatbreads with olive oil. Feel free to ask Anna Maria anything – she uses only products from local farms. Sailing the seas around Sardinia is an experience in itself, but on this exclusive full day cruise from Alghero to Capo Caccia you'll be in the lap of luxury. Step on board the Andrea Jensen, with its sleek wooden hull and winged sails, to spend the day soaking up the coastal vistas of Sardinia and indulging in some much-deserved chill-out time. 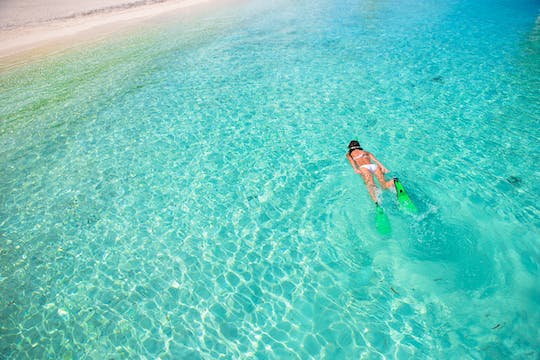 Enjoy a snorkeling experience in the crystal clear waters of Sardinia! Discover the area's natural beauties, visit the volcanic cliffs and the coves of Cane Malu and Cala 'e Moro. 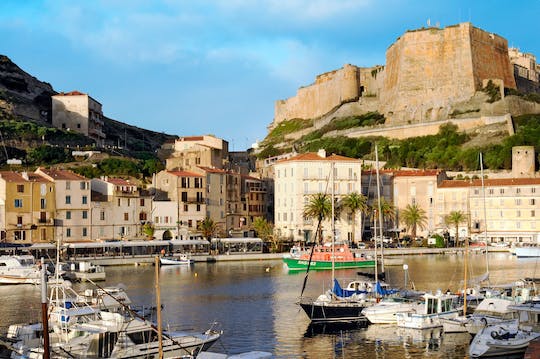 So near and yet so far apart. Corsica and Sardinia are like two siblings who moved to different countries and are separated not just by the sea but by culture, too. This day trip to the cliff-perched town of Bonifacio in southern Corsica is the ideal way to get to know France's wildest region. After a drive to the north of Sardinia to catch the ferry at Santa Teresa, you'll make the 50-minute crossing. Precariously built on 70m-high cliffs, Bonifacio's fjord-like harbour is quite the sight. You'll hop on a mini train to the centre before a guided tour of this vertiginous citadel with tightly packed narrow alleys. There'll be a break for lunch, followed by free time in the afternoon.As you wander the cobbled streets, you'll be following in the footsteps of Corsica's most famous son, Napoleon, who plotted his invasion of Sardinia from here. Browse for antiques, handicrafts and jewellery in the shops that now fill the ancient houses. Or head down to the harbour to watch the yachts come and go. 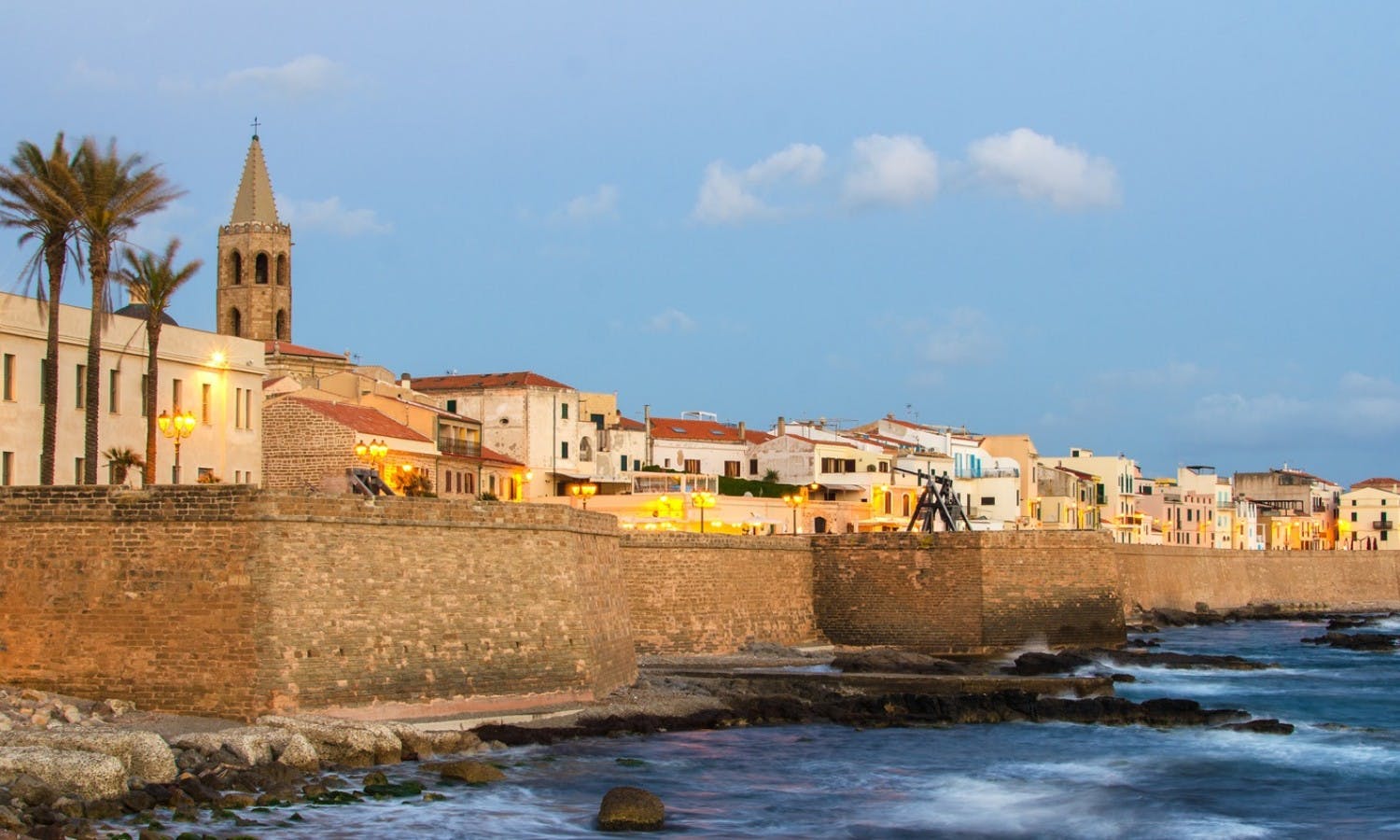 Alghero
View all experiences in Alghero 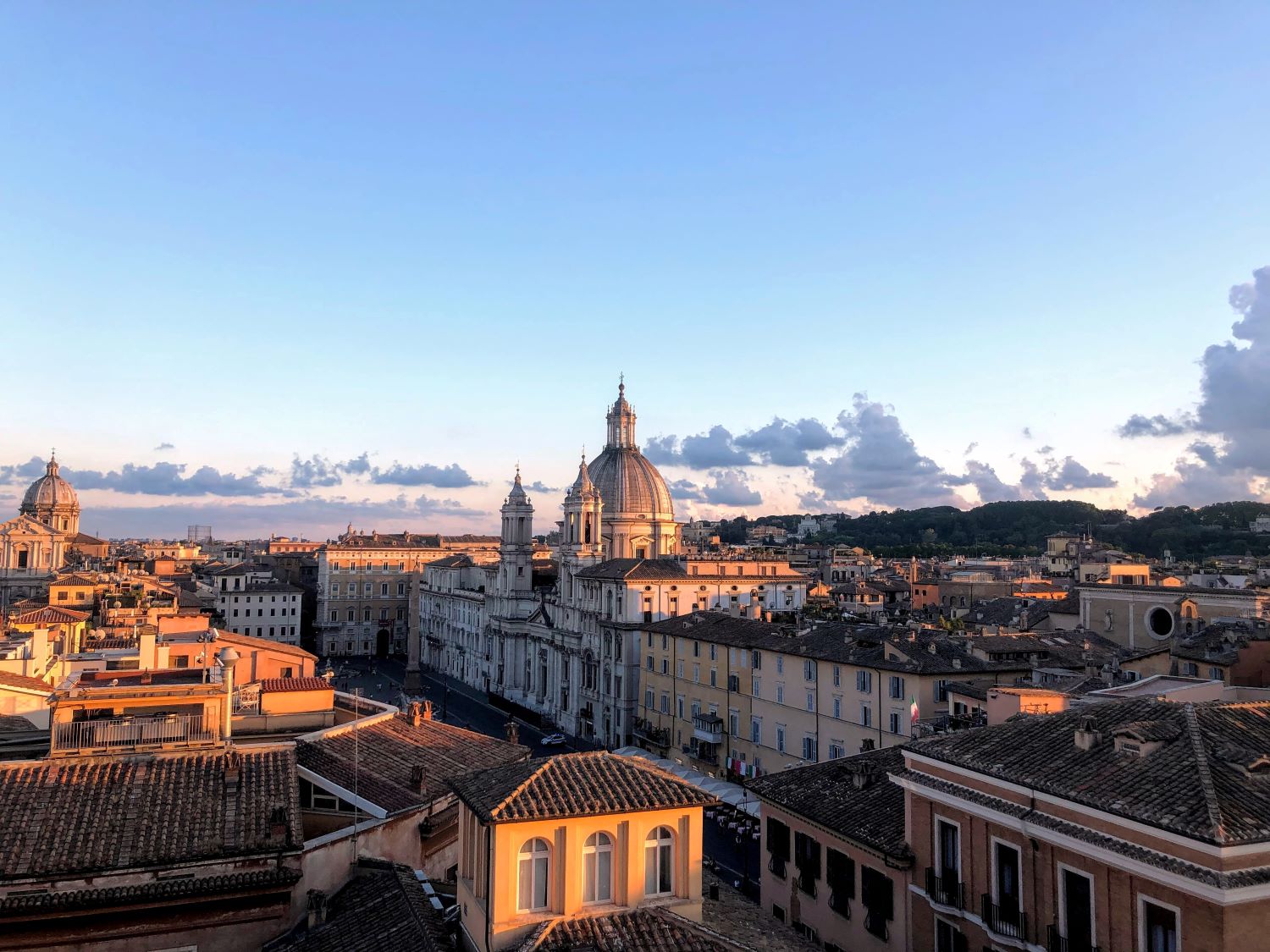