Assisi tour with a private guide

Enjoy walking along the narrow alleys and through the medieval squares of Assisi with a local guide, who will tell you about the history, art, and traditions of one of the most famous hill towns in Italy. At the end of the tour, you will also have the opportunity to taste some local products.

The tour starts from the ruins of the ancient Roman amphitheater, whose stones were used to build houses in the Middle Ages and which later turned into a private neighborhood. From this vantage point, the view of the Rocca Maggiore medieval castle is one of the best in town.

You'll then reach the Cathedral of Saint Rufino, the Basilica of Saint Claire, and Piazza del Comune, the main city square. Here, surrounded by imposing medieval government buildings, you'll see the Temple of Minerva, one of the best-preserved Roman temples in Italy.

The tour continues on to the Basilica of Saint Francis, a UNESCO World Heritage Site. The church is well known for its 13th and 14th-century frescoes by Italian masters of the time, including Giotto.

What to remember
Read more
When
Read more
Provider
Bologna Tour
Booking fee
Good news! No extra fees are applied to this booking.
Cancellation policy
Receive a 100% refund if you cancel up to 24 hours before the activity begins. 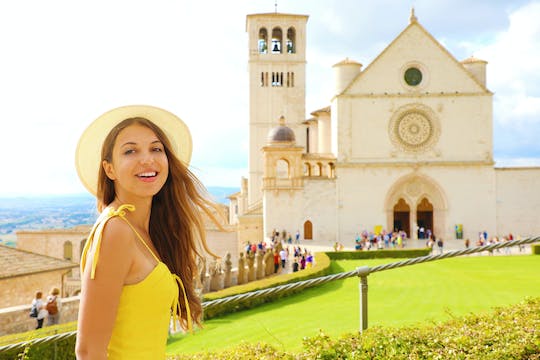 Assisi tour with a private guide 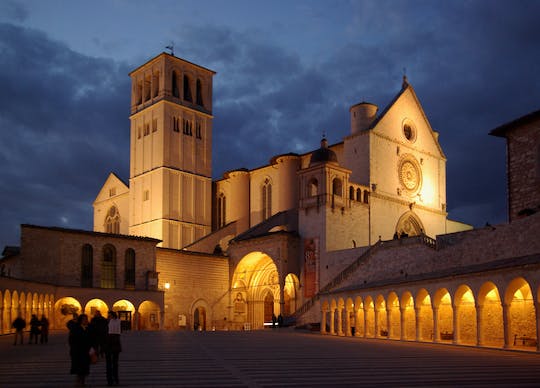 Join this private tour to explore Assisi, the city that is so often identified with one of the most beloved saints ever, St. Francis of Assisi. You'll discover a delightful medieval town with lots of precious hidden corners and delicious typical food! 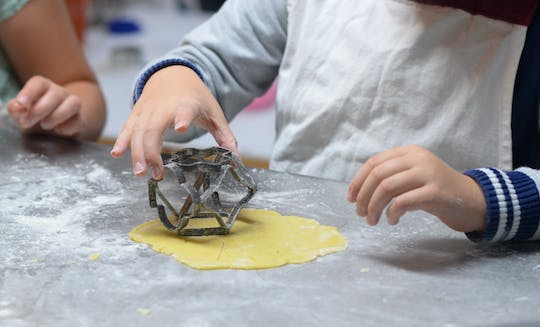 Book a fun cooking class for your children who will enjoy cooking some typical Italian dishes, while you can relax or visit the charming town of Assisi. 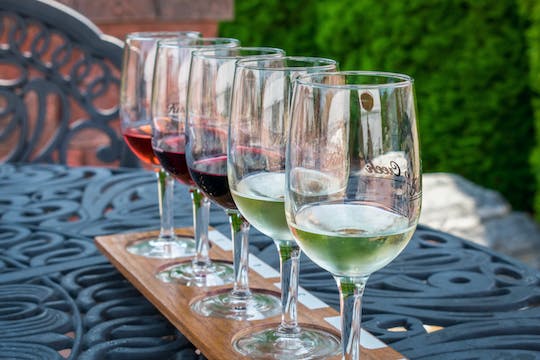 Winemaker for one day

Discover the process of producing local wines through a lesson and a tasting of wines and other typical Umbrian products. 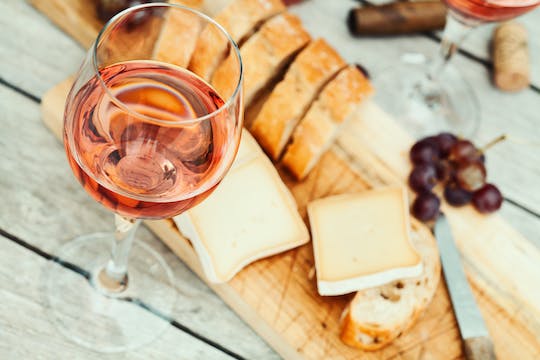 Taste the most peculiar pairings of wines produced by the company, cheeses and other local products. Visit the local market with the Cesarina, immerse yourself in a cooking class and learn the secrets of the most famous dishes of Assisi cuisine! Market tour and dining experience at a Cesarina's home in Assisi

Visit Assisi's vibrant local market and immerse yourself in a private dining experience at a Cesarina's home!