This e-bike tour gives you an introduction to 'old Athens meets contemporary Athens'. It can be described as the provocative tour that offers you a sense of how the population of the city moves around the city today and back then!

The old city center is the area that hems in the Acropolis including many ancient historical sites. You’ll cycle within the old city center and the modern part of the city in order to get a firm grasp of how Athens shaped its modern profile across the centuries. Small relaxing breaks will be part of the itinerary where you will be served some of the best local flavors.

See some famous attractions on the way, such as the Hadrian’s Gate, the Temple of Zeus, Panathenaic Stadium, Thission, Acropolis, Tower of the Winds, and many others.

Meet your guide at the Solebike office, very close to Acropolis Metro and Acropolis Museum.

What to remember
Read more
When
Read more
Provider
Solebike
Booking fee
Good news! No extra fees are applied to this booking.
Cancellation policy
Receive a 100% refund if you cancel up to 1 day before the activity begins. 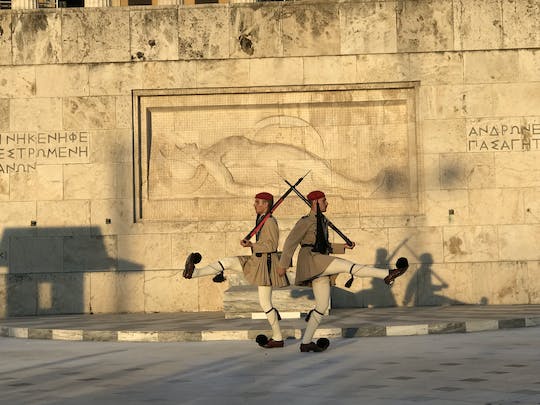 Mobile voucher accepted
from:
$79.00
Sorry, it's sold out
Unfortunately all tickets have been sold out for this event