Only Fools and Horses locations tour

Come along on this Only Fools and Horses coach tour from Bristol and delve into the heart of classic British TV comedy discovering iconic locations.

Since it was first broadcasted in 1981, John Sullivan's Only Fools and Horses has won over the hearts of the British and has won over legions of fans overseas and is considered by many to be Britain’s best sit-com!

The show is set in Peckham in South East London but was actually mostly filmed in Bristol and the West of England and it is here in Bristol where you will be taken to scenes that have become iconic in the history of British comedy.

Starting from central Bristol, the coach tour will include sites in and around the city center with several stops along the way and together with your guide, who is also a massive fan of the show, you'll discover behind-the-scene insights into how the show was filmed! Your guide will also share information about the characters, such as Del Boy, Rodney, Uncle Albert, Trigger, Boycie and Marlene and the fantastic scripts written by John Sullivan himself.

Come and have a great day out on this tour! Lovely jubbly!

Please meet at the Temple Meads Bus Stop (Tg) on Temple Gate near the bottom of Station Approach (next to Bristol Temple Meads Railway Station).

What to remember
Read more
When
Read more
Provider
Brit Movie Tours
Booking fee
Good news! No extra fees are applied to this booking.
Cancellation policy
Receive a 100% refund if you cancel up to 48 hours before the experience begins. 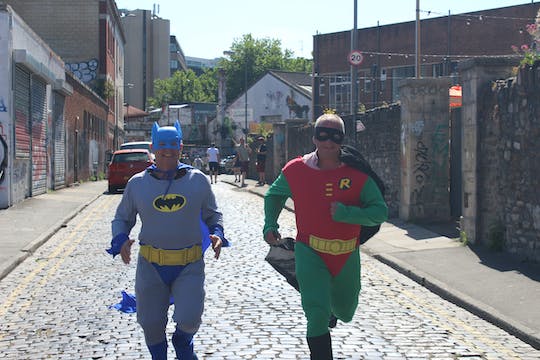 Only Fools and Horses locations tour

At your own pace, explore and learn about Bristol's Old City, discover it's independent food and drink venues and see some awesome street art.

Turn today into an adventure with Treasure Hunt Bristol. Follow treasure maps, solve cryptic clues and explore the city together at your own pace.

Book your Sherlock: The self-hosted outdoor game in Bristol and team up with your intelligent friends to form the ultimate crime fighting squad. 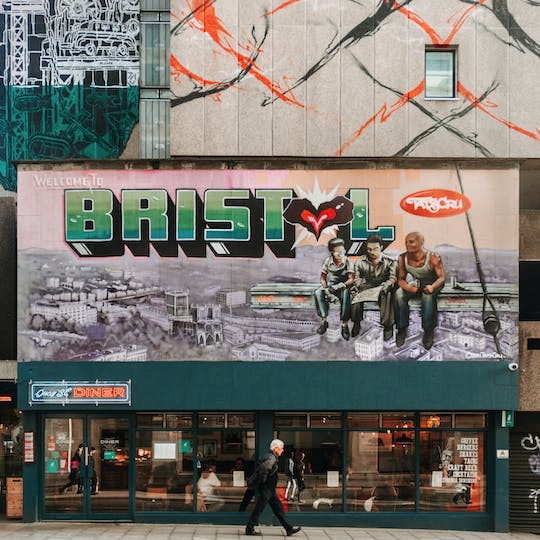 Go on a fun Bristol walking tour where you will follow clues to discover street art and local stories using your smartphone. 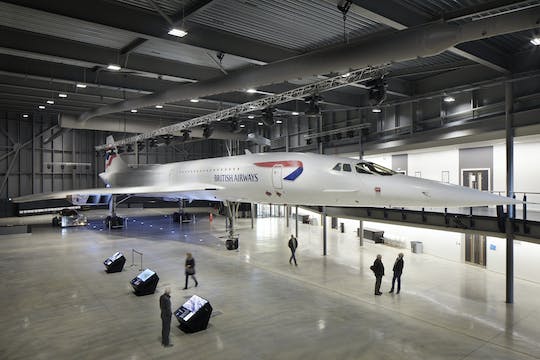 Visit Aerospace Bristol to learn about aviation history. Step aboard the last Concorde to ever fly and see how its passengers travelled in style!