Be secluded in an island in the Black Sea with a 40 minute ride from Bourgas port to Saint Anastasia Island.

St. Anastasia Island is turning into destination of the region and major attraction on the Bulgarian Black Sea coast after being completely restored and renovated under a European project.

The island was inhabited by monks in the 14th century; pirates burned repeatedly the monastery buildings; and in 1923 the government turned it into a prison for opponents of the regime. In 1945 prisoners were sent again to the island, this time by the new "power of the people". The entire turbulent history of the island will be preserved and exhibited in the building of the former monastery.

Today, after the restoration and reconstruction, there are no traces left of this dramatic past. Everything looks like an ethnographic complex, but as one carried on an island in the sea. Even rainwater from the roofs is drained by tile gutters into a well. The monastery has been turned into a museum and a hotel complex with rooms to accommodate the tourists, which have been designed in the spirit of the place and are made of authentic materials - wood and stone.

The church of the island is the oldest building. It is dated back to the period between the 12th and the14th century. It is famous for its unique wooden carvings. Some of the frescoes - also from the 14th century - have been restored too.

Another interesting touch of the new tourist destination is the "Lekarna" (“Healing Place”) a small garden on the roof and, if you wish, you can select and pick the herbs yourself, from which your tea to be prepared afterwards. The Monastery Lekarna offers special liqueurs typical only for this region; mixtures of wild fruits and honey by a Monastery’s recipe. These spices are also used in one of the recipes of the restaurant on the island. And, as the largest natural mussel plantation is around the St. Anastasia Island.

Board the ferry at the Burgas Port.

What to remember
Read more
When
Read more
Provider
VIP-Sliven Ltd.
Booking fee
Good news! No extra fees are applied to this booking.
Cancellation policy
Receive a 100% refund if you cancel up to 24 hours before the activity begins. 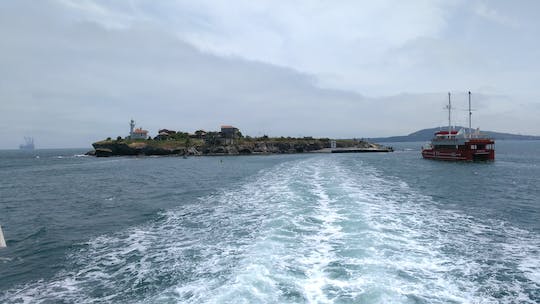 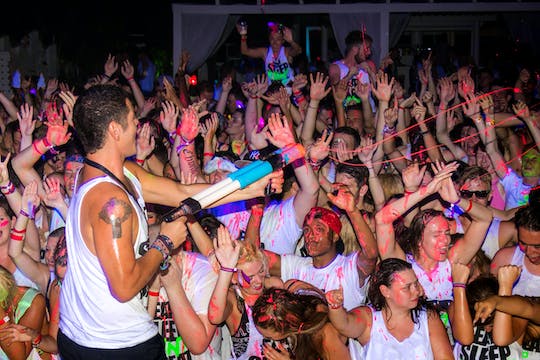 With this ticket, nights out just got a new lick of paint. You'll kick things off with a pre-party cruise aboard the Tattoo Boat – three decks of bars, dancefloors, DJs and sunloungers. Then, when the sun sets, you've got entry to Dance Club Viking's legendary Neon Splat Paint Party, where at midnight, the whole place is covered in UV glow-paint.

This full day tour features a trio of Bulgaria's southern highlights with a few added extras. Sozopol's up first – this 2,000-year-old town has a long story to tell, not least that the ancient Greeks settled here and christened it Apollonia. You'll take a scenic boat trip first to see the Bulgarian Black Sea coast from a new perspective, then venture into the historic old town for a guided walking tour. You'll have lunch at a folk-style restaurant followed by some free time. And last but not least, you'll cast your eyes on the medieval-like castle of Ravadinovo, which looks like a scene lifted from a storybook.

Discovering beautiful Bulgarian landscapes just got an adrenaline boost. It all kicks off with a thrilling 4x4 ride. Zigzagging along tracks, trails and riverbeds, you'll take in mountain views by the dozen with an expert driver-guide. You'll pass by panoramic spots like 'Christ' hill and pit stop at Alexandrovo village for a tasty Bulgarian pastry, a refreshing drink and a few fun games. In the afternoon, you'll climb aboard a coach to the coast where we'll wind things down with a relaxing boat trip. Sailing the shores of ancient Nessebar, grab a drink from the bar and raise a toast to having just made some magical holiday memories.

Nessebar old town has more cultural riches than anywhere else on Bulgaria's Black Sea coast. Enjoy a private walking tour along its winding streets and alleys fringed with old timber homes lead. There are over a dozen churches dating back as far as the fifth century. And you'll drop into a famous restaurant to try a tasty local dessert. 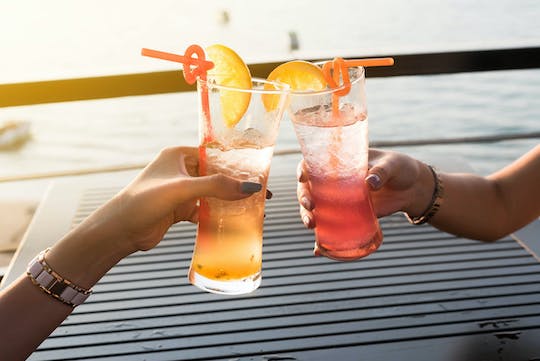 A famous Balkan beauty spot and Bulgaria's best wines are in store on this excursion. You'll embark on a walking tour of UNESCO-listed Nessebar, try local treats most tourists miss out on, and visit one of the Black Sea's top-rated wineries for a wine tasting tour.