Discover what makes Antioquia’s capital a city of urban innovation and why, in 2013, Medellín was recognized as 'The World’s Most Innovative City of the Year', beating New York and Tel Aviv.

First, you'll head to the tramway's Estación de Oriente to take the cable car for a ride over La Sierra, once a very dangerous neighborhood due to drug traffic and armed group occupation during the early 2000s, but transformed through urban interventions such as the cable car that was launched in 2016. Then, you'll ride through Ayacucho's electric tram where you'll see impressive graffiti art displayed through the tram's line on your way to Estación Bicentenario. The next stop will be The House of Memory Museum, a place where the memories of the armed conflict that Colombia lives, has a physical and symbolic place to act in the cultural transformation that Colombia is longing for.

After this visit, you'll take the metro to go to Comuna 13 on the west side of the city. This place, famous for its rough past during Pablo Escobar's time and known to be the most violent neighborhood of Medellín during the early 2000s, is perhaps one of the biggest evidence of social transformation and hope. Here you'll tour the place and learn through it's many graffitis about the changes that took place and the gruesome history of the neighborhood that is now seeing a brighter future. After this tour, you'll enjoy a traditional family-style lunch with an impressive view of the Comuna.

Meeting point:
What to remember
Read more
When
Read more
Provider
IMPULSE Travel
Booking fee
Good news! No extra fees are applied to this booking.
Cancellation policy
Receive a 100% refund if you cancel up to 24 hours before the activity begins. 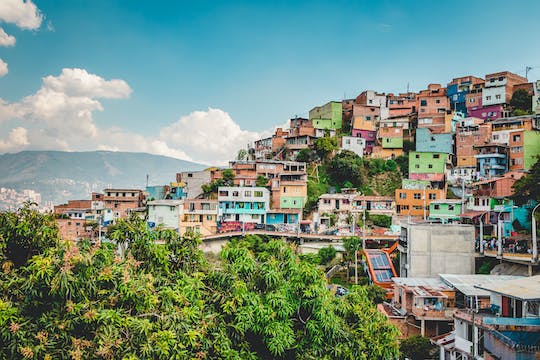 Visit coffee shops in Medellin and taste their specialties while learning from experienced baristas about different preparation methods and coffee types. Discover the most important locations around the city including Pueblito Paisa, Nutibara Hill, Plaza Botero, El Poblado at Parque Lleras, and more. 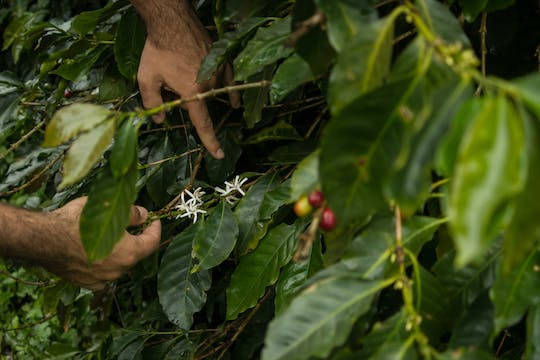 Visit a small coffee farm in Sabaneta and learn everything about the entire coffee process: from seed to cup. 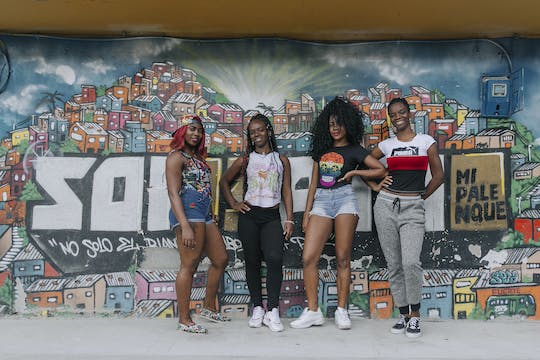 Book now and meet resilient artists who recovered youth and public spaces through reconnection to their African roots in music, dance and creativity. Discover Medellín from a different perspective. Take public transports to visit different places sightseen the whole city, one of the most attractive destinations in Colombia.