Embark on an exciting tour through the beautiful three-river city of Passau. Interview virtual witnesses and acquaintances of the victim, combine correctly, and solve the case in the heart of the city. During your investigation, you will also discover the most beautiful corners and sights of the Bavarian Venice.

The good-looking landlord of the "Vegan Weisswurst", Martin Holzbirne, is found dead in his restaurant. Martin had with its 35 years already international successes with its Bavarian vegan nutrition. Vegans all over the world celebrated him not only for his "Seitan-Leberspätzle"-soups or his "Schweinskopf-bleibt-am-Schwein-Sülze" but especially for his vegan Weisswurst. This was far more than the mere namesake of the inn, but a vegan taste revelation.

Help the vegans of this world to solve the murder of Martin Holzbirne and save the Bavarian vegan diet!

Meeting point:
The starting point of the rally is in the Fritz-Schäffer-Promenade, in front of the Danube level indicator tower, near the parking lot at Donaulände. In the immediate vicinity of the starting point are several parking spaces (parking lot at the Donaulände), as well as several bus stops (eg the stop Nagelschmiedgasse). Passau's main train station is about 10 minutes walk from the starting point.
What to remember
Read more
Provider
Denksport GmbH
Booking fee
Good news! No extra fees are applied to this booking.
Cancellation policy
Receive a 100% refund if you cancel up to 1 hour before the experience begins. 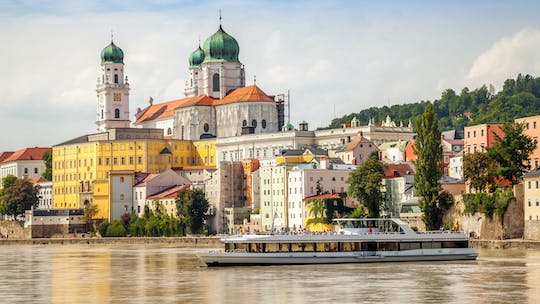 Discover the beautiful city of Passau during a private walking tour to the highlights while you hear interesting facts about the history. 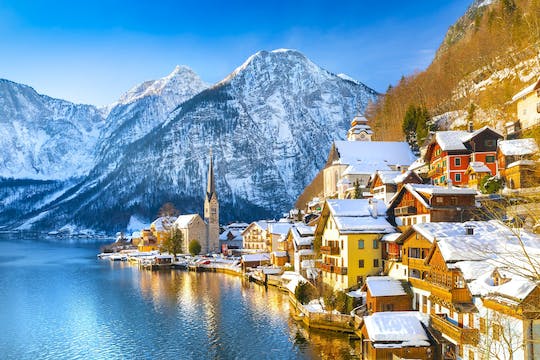 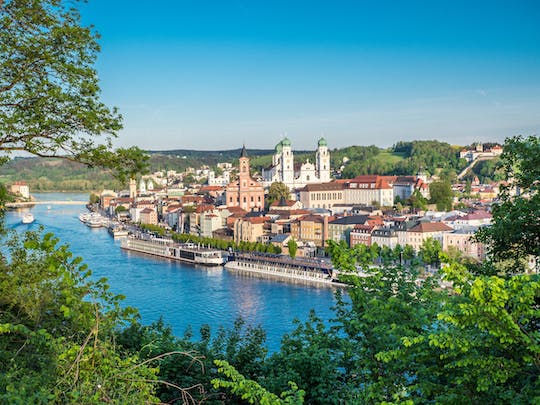