Explore the largest and best-preserved historic center in South America in an original replica of the trams that circulated in Quito in the last century.

Visit the Basilica del Voto Nacional Church, where you'll make a brief stop for an explanation of its facade, to later move towards the Panecillo viewpoint, an iconic place in the city home to the 'Winged Virgin' statue and where you can admire the landscape of colonial and modern Quito. The tour continues to Plaza de San Francisco, one of the most representative places of the city, from where you'll walk to Plaza Grande, the historical and political center of the city, surrounded by innumerable attractions including the Cathedral, the Government Palace, the Archbishop's Palace and the La Compañía church.

You'll continue the tour in the traditional neighborhood of La Ronda, where you'll meet artisans from all over the country and appreciate their unique works. You'll make a stop at the 'Zona Rosa' for approximately an hour and a half to have free time for lunch (not included).

Later, you'll go to the 'Middle of the World City', where you can see the monument that divides the northern hemisphere from the southern hemisphere of the planet. It was built during the XVII century when a French Expedition defined the precise location of the equatorial line that divides the world. You can enjoy experiences that defy the laws of physics and occur only in this part of the world. After the tour, you can register your passport with souvenir stamps to remember this one-of-a-kind place.

Meeting point:
What to remember
Read more
When
Read more
Provider
Gray Line Ecuador
Booking fee
Good news! No extra fees are applied to this booking.
Cancellation policy
Receive a 100% refund if you cancel up to 24 hours before the activity begins. 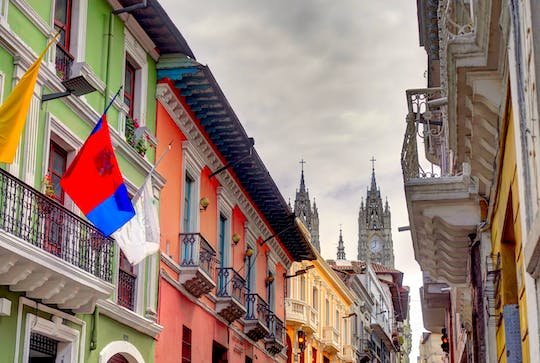 Discover the history of beer in Ecuador with a guided tour around Quito's craft beer bars in the Historic Center and other emblematic neighborhoods. Explore the capital of Ecuador on a unique replica of the trams that circulated in Quito in the last century. 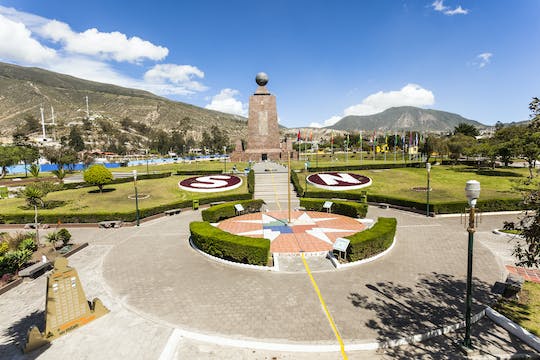 Middle of the World tour with tickets and transfers

Visit the one-of-a-kind monument that divides the Northern from the Southern Hemisphere and stand in the middle of the world! 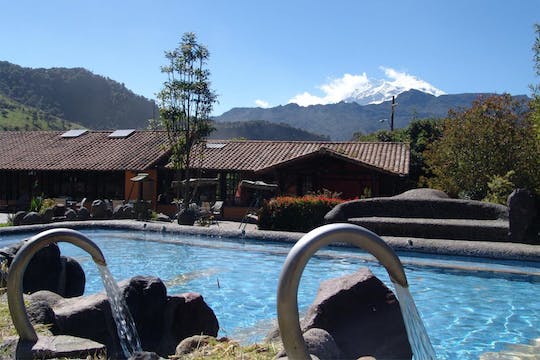 Relax at Termas de Papallacta, an ideal place to awake your senses through the remarkable beneficial effects of crystalline thermal waters.

Free cancellation
Duration up to 5 hours 30 minutes
Instant Confirmation
from:
$35.00 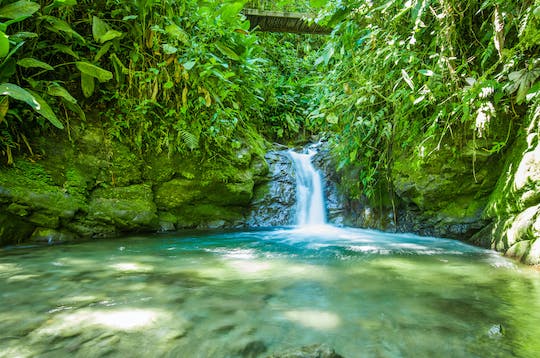 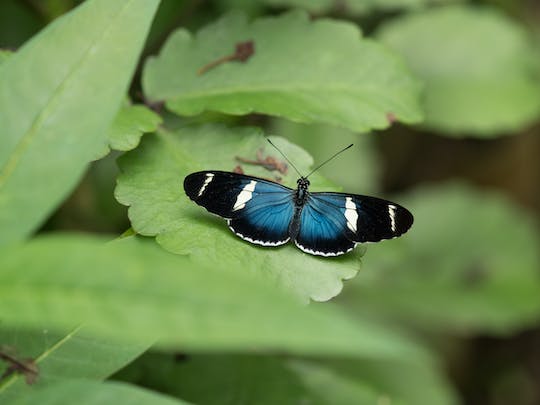