There is no symbol more iconic of Seattle than this streamlined, one-of-a-kind tower proudly overlooking the city. Built in 1962 for the World's Fair,...

In the top 5 attractions for Seattle 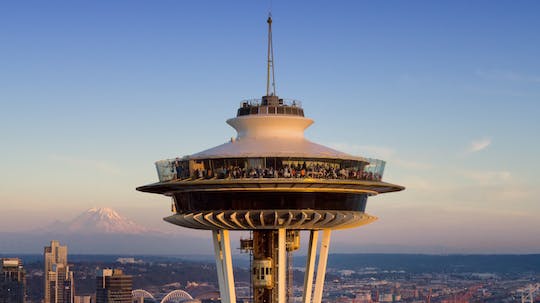 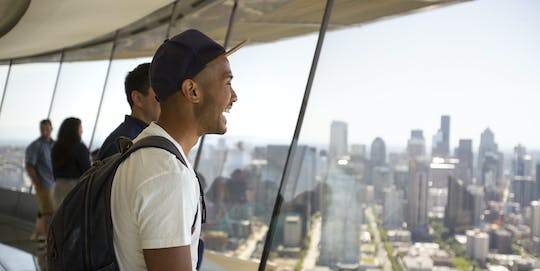 Book your Seattle Space Needle plus Chihuly Garden and Glass combo ticket now to save money, time and to enjoy the city from new perspectives. 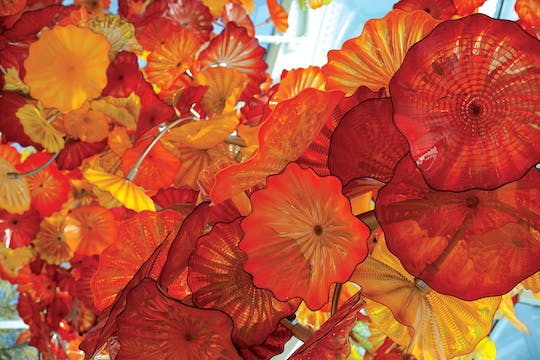 Book your tickets to Chihuly Garden and Glass to immerse yourself in a world where curiosity, creativity and color come to life.

Health & safety measures All the necessary measures are in place, so you can enjoy your experience the safest way possible.
Reviews
Polly November 18, 2021
()
This trip was planned for family members from Georgia that I have not seen in 30 years. It was an excellent experience for everyone, despite the rainy weather. Right on cue, the Seattle sunshine broke through the clouds and created beautiful views of Seattle and thesurrounding area. Thank you.
Carmen Z October 4, 2021
()
We loved visiting the Space Needle for the very first time & the Chihuly Garden & Glass too !! Everyone needs to visit both places when you are in Seattle
Rosonea October 17, 2021
()
It was raining so the view was not so good. I enjoyed the food, drinks and the gift shop. The history section was quite interesting and educational
Amber July 28, 2021
()
I wish there was a way to add the washington resident discount on the online purchase, because i didnt get that :(
Connie October 26, 2021
()
Fun experience with a lot to see. Didn't think that I'd be there for hours but time passed by so quickly!
Eric November 12, 2021
()
Fast lines, friendly workers. Everything was clean and it was an enjoyable experience.
John October 8, 2021
()
Both venues were fun and interesting. Well worth the time and money.
Susan August 3, 2021
()
Had a great time, spent 5 hours between the 2 sites!
Ann August 9, 2021
()
Good package deal and very fun experienced.
Cheryl September 21, 2021
()
The Chihuly gardens are fantastic.
Ann August 21, 2021
()
Had so much fun! Beautiful view.
Ashley September 2, 2021
()
Always a great time. :)
Cheryl September 21, 2021
()
Great experience!
Krystyna September 6, 2021
()
Great experience
Thomas August 11, 2021
()
great time
Location
Seattle Space Needle Seattle Seattle 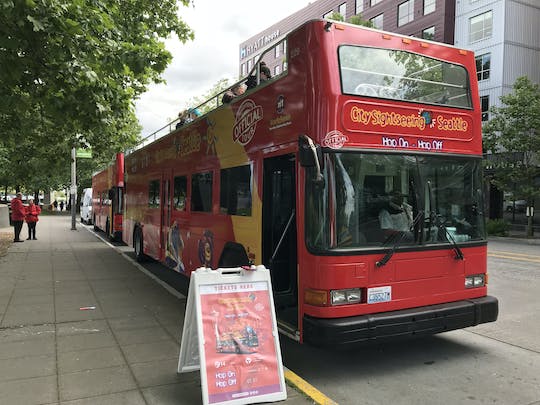 Book your hop-on hop-off bus tour of Seattle and discover the city at your own pace. Choose between two types of passes to get the best out of your time in Seattle! 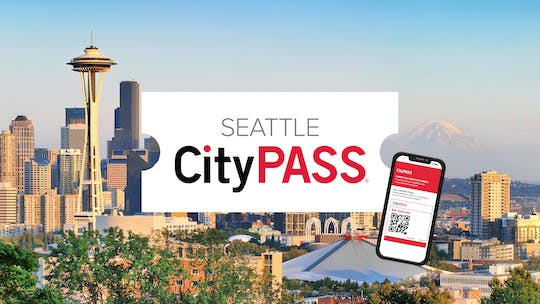 Buy your Seattle CityPASS® and save 47% off the combined regular admission prices at participating attractions! Book a romantic tour of Seattle with a private guide. Visit the best places to have a date, learn historical love stories and take picturesque photos. 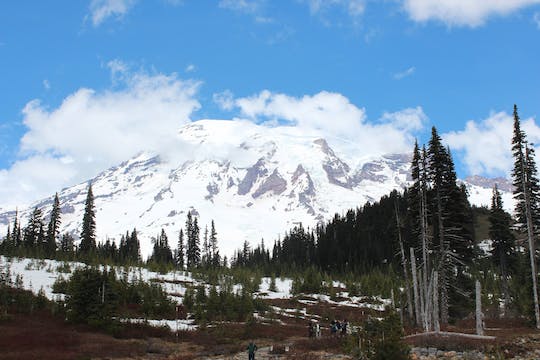 Book your Mt. Rainier National Park day tour with Musement and explore Christine Falls, Narada Falls, the volcanoes of the Cascade Range and much more! 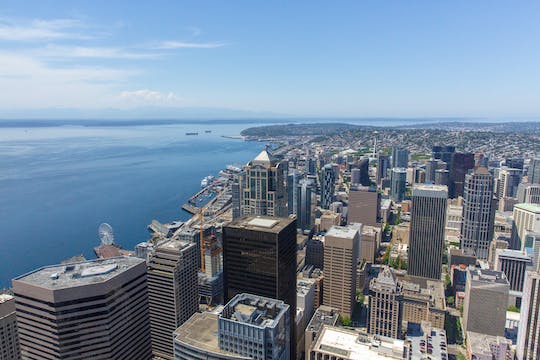 Enjoy the Seattle Sky View from the highest tallest public observatory in the Pacific Northwest. See the stunning skyline with family and friends.

Duration up to 1 hour
Instant Confirmation
from:
$20.00 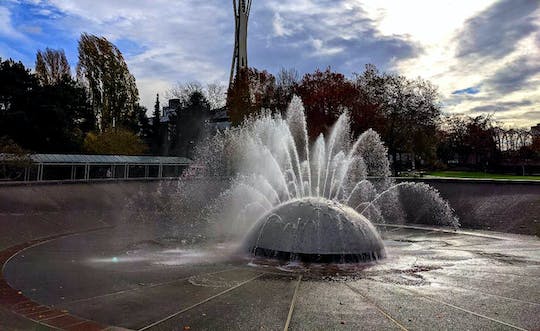 Go on a fun Seattle walking tour where you will follow clues to discover amazing places and local stories using your smartphone. 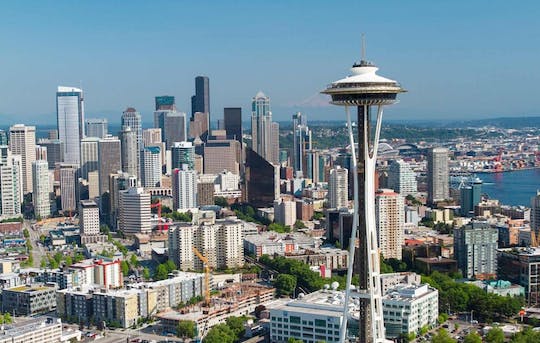 Take in Seattle from a comfortable double-decker bus and visit famous landmarks like the Kerry Park Overlook and Ballard Locks. Enjoy the Hurray For Hollywood wine pass of Woodinville

Book Enjoy the Hurray For Hollywood wine pass of Woodinville to make the most of parking, then walking and visiting the four shining wine stars of the Hollywood District. Plus, explore the DeLille Cellars, Maryhill Winery, Panther Creek Cellars and Patterson Cellars at your own pace. Take in stunning views and experience the transition from salt to fresh water on this 2-hour cruise of the Ballard Locks! Explore all the highlights of Seattle on a private tour. Follow your charming guide, while learning its fascinating facts and legends. 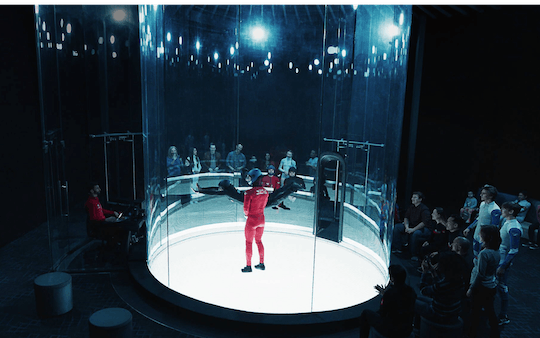 Try indoor skydiving and experience the feeling of free-falling without ever having to get on a plane! 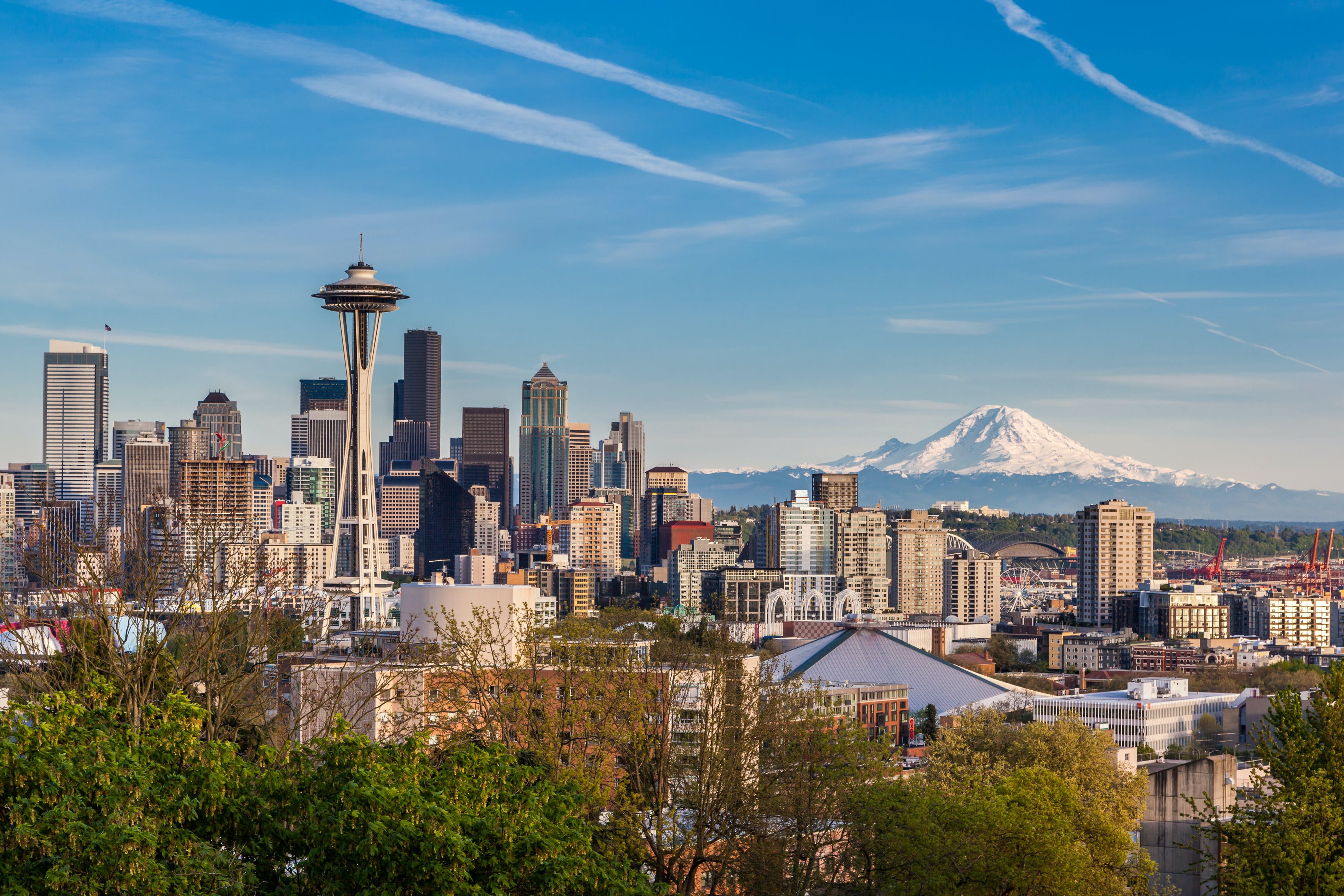 Seattle
View all experiences in Seattle

There is no symbol more iconic of Seattle than this streamlined, one-of-a-kind tower proudly overlooking the city. Built in 1962 for the World's Fair, the Space Needle has been a defining symbol of Seattle and is the most prominent landmark of the Pacific Northwest for more than 50 years.

The 605-foot tall structure offers views of not only the Seattle skyline but other landmarks such as Elliott Bay and the Olympic and Cascade Mountains can be seen on a clear day. With two observation decks, one with an all-glass floor and the other with glass from floor-to-ceiling, visitors who are willing to soak in the spectacular 360 degrees view beneath them from 500 feet up will not be disappointed!

What can be more exciting than enjoying the sunset over the mountains during a happy hour cocktail? Stop by the Atmos Café on the upper observation deck, or the Loupe Lounge and marvel at the full range of incredible views of Emerald City as the floor slowly rotates beneath you.