Take a full-day trip to the crown' jewel of Khmer architecture, Angkor Wat. It is the national symbol and the highlight of any visit to Cambodia. After being picked up from the hotel by your guide, you will head to the largest, best-preserved, and most religiously significant of the Angkor temples. Angkor impresses visitors both by its sheer scale and beautifully proportioned layout, as well as the delicate artistry of its carvings.

To approach the temple, you will first cross the vast moat, continuing along a broad causeway lined with naga balustrades. After entering the main building, ascend through a series of galleries and courtyards before reaching the central sanctuary, which offers beautiful views back over the causeway and across the surrounding countryside. On the way, stop to enjoy the intricate stone carvings that adorn nearly every surface, with some 1,700 Apsaras, or celestial dancers, sculpted into the walls.

Along the outer gallery walls run the longest continuous bas-relief in the world, which narrates stories from Hindu mythology, including the famous Churning of the Ocean of Milk. Angkor Wat is stunning at any time of the day, but sunrise and sunset are especially beautiful times to watch the play of light on the stones.

Enter by the monumental South Gate over a causeway lined on either side by statues of demons and gods, each carrying a giant naga. Continue to the Terrace of the Elephants and the Terrace of the Leper Kings, former spaces for public ceremonies, both adorned with dramatic bas-reliefs.

Visit the ruined Baphuon, Royal Enclosure and Phimeanakas before continuing to the mysterious Bayon Temple. In this temple, one of the most popular and compelling in Angkor, explore the galleries of beautifully preserved bas reliefs and ascend narrow stairs to reach the central sanctuary, where you will find giant stone faces smiling enigmatically down at you from every angle.

You will also visit Ta Prohm, one of the most popular attractions of Angkor as much of the jungle has not been cleared and it looks very much as most of the Angkor monuments would have appeared when European explorers first stumbled across them. Watch the sunset over the Cambodian countryside from the upper terraces of an ancient Angkorian temple.

After the tour, your guide will drop you back off at your hotel in Siem Reap.

Meet your guide at your hotel in Siem Reap. 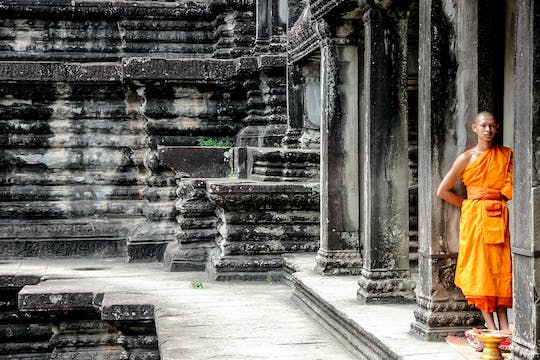 Mobile voucher accepted
from:
$88.79
Sorry, it's sold out
Unfortunately all tickets have been sold out for this event 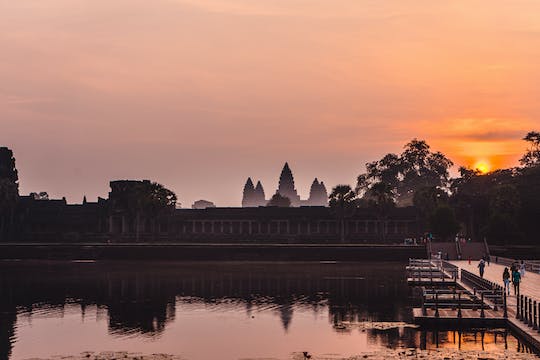 Sunrise at Angkor Wat and Angkor complex discovery by 4x4

Hop on your 4x4 and drive to view the sunrise at Angkor Wat followed by visit to Angkor Thom, Bayon and Ta Promh to cover all highlights of Angkor Complex. 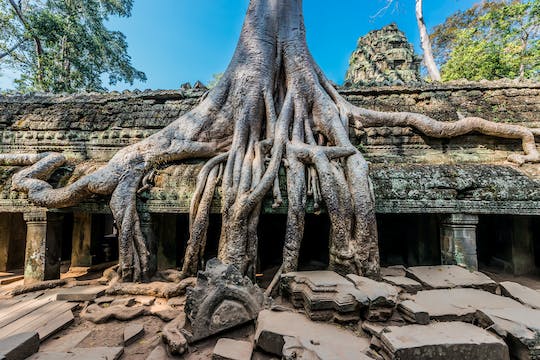 Take a two-day private Angkor temples tour to visit the Angkor highlights with a professional guided tour and have more time to explore your favorite sights. 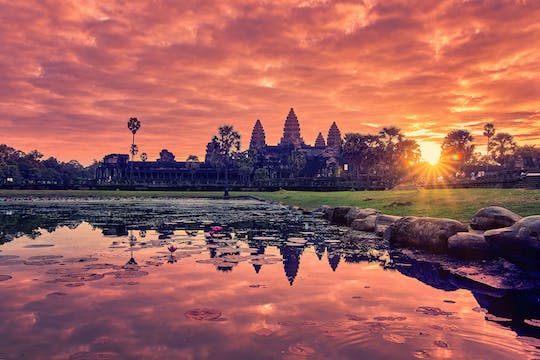 Private 2-day treasure of Angkor and the jungle temple tour

Spend 2-day to explore the highlights of Angkor temples including the jungle temple of Beng Mealea and view a sunrise at Angkor Wat with a knowledgeable tour guide. 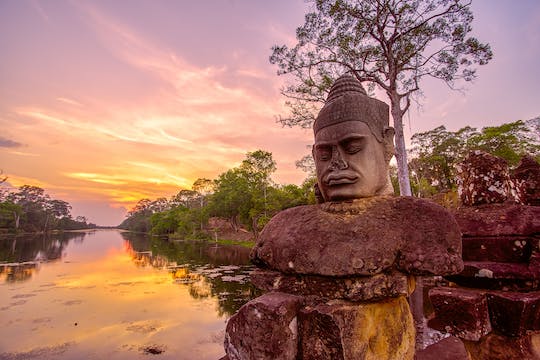 Take a 4-day private tour to have more time to explore Siem Reap and Angkor temples with personal experience to discover Siem Reap's must-see spots of the capital. 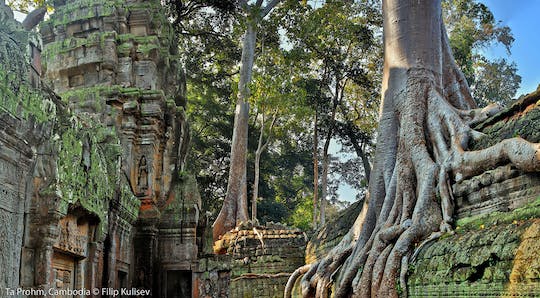