Did someone say beer o'clock? Walking through the winding alleyways of Stockholm's Old Town, where beer has flowed for centuries, you find yourself in the mood for a brew. Where to go and what to have? Not to worry, the tour guide has got ya! On this Stockholm Craft Beer Tour, you'll be taken to some of their favorite places and introduced to a few must-try brewskies of the area.

The Stockholm Craft Beer Tour a.k.a. Beer tasting adventure takes you to different locations and while sampling some of the best craft beers that Sweden has to offer, your guide (who doubles as a beer enthusiast) will share some exciting facts about Swedish beer history. Learn how beer went from being the number one drink of the country to being banned for over thirty years (while hard liquor was not!), how it was once related to sexual abstinence, and what the origin of Systembolaget, the very peculiar Swedish monopoly for alcohol sales, is.

From Midsummer to Christmas, on this tour, the guide will teach you all about how the Swedes celebrate the holidays, and how they relate to beer drinking. Did you know that some of the Swedes drinking rituals are so deeply rooted that they date all the way back to the Viking Age? Fascinating!

What to remember
Read more
When
Read more
Provider
OURWAY Tours (Stockholm Our Way AB)
Booking fee
Good news! No extra fees are applied to this booking.
Cancellation policy
Receive a 100% refund if you cancel up to 1 day before the experience begins. 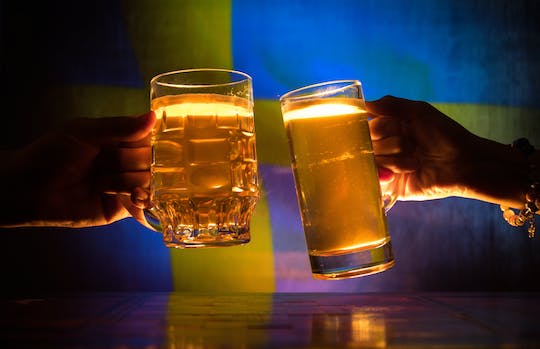 Mobile voucher accepted
from:
$418.00
Sorry, it's sold out
Unfortunately all tickets have been sold out for this event