Visit Villa Adriana without queueing up! UNESCO World Heritage Site since 1999, Hadrian’s Villa includes an immense park, the greatest Roman example of an Alexandrian garden. Secure your admission to over 80 hectares dotted with Roman ruins, thermal structures, a theater, temples, libraries, staterooms and other fascinating buildings.

Emperor Hadrian built this country villa for himself and his court during the second and third decades of the 2nd century AD. This extraordinary residence bears unique testimony to his accomplishments and reflects the architectural and decorative trends of the period.

The park includes the Teatro Marittimo, an artificial island used as a private retreat by the Emperor; other highlights are the Canopo, an artificial grotto, and the precious collection of decorative objects from the villa displayed at the museum. Excavations, which are still in progress, keep on revealing new and surprising aspects of this treasured site and architectural marvel.

Show the voucher received within 48 hours before your visit (NOT the one received immediately after booking) at the ticket office at least 15 minutes before the confirmed entrance time.

What to remember
Read more
When
Read more
Provider
Weekend in Italy
Booking fee
Good news! No extra fees are applied to this booking.
Cancellation policy
Receive a 100% refund if you cancel up to 48 hours before the experience begins. 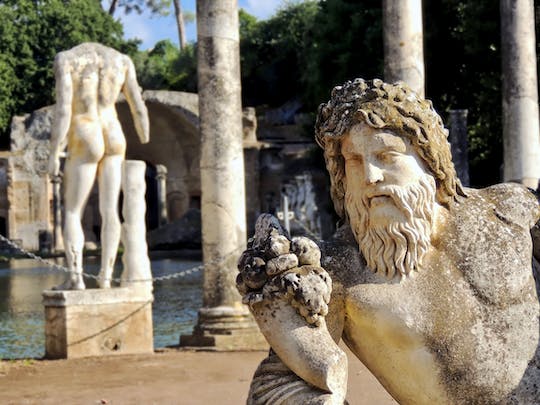 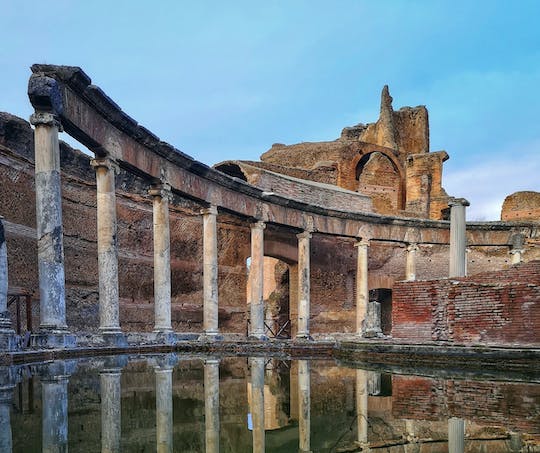 Escape Rome's chaos and discover the countryside town of Tivoli, where you'll get the chance to visit both Hadrian's Villa and Villa d'Este!