Visit Germany’s oldest town and find out more about its history and why it is called “The second Rome”. It is also Karl Marx’s birth town. Stroll through the city and marvel at the charming half-timbered houses and its many vineyards lining the Moselle.

See and admire different Roman monuments in the city, all declared UNESCO World Heritage Site. See the Amphitheatre, the Barbara Baths, the Imperial Baths, and the Porta Nigra (Black Gate). The city has also other locations listed on the UNESCO World Heritage Site. Marvel at the Moselle Bridge, the Trier Cathedral, and the Church of Our Lady (Liebfrauenkirche). Pass by the Konstantin Basilica and admire the world’s largest remaining Roman structure and the oldest German Cathedral.

Meeting point:
Meet your guide in front of the Black Gate. Your guide will hold a signboard together with the name of the guests on it.
What to remember
Read more
Provider
Global Guide Services GmbH
Booking fee
Good news! No extra fees are applied to this booking.
Cancellation policy
Receive a 100% refund if you cancel up to 5 days before the experience begins. 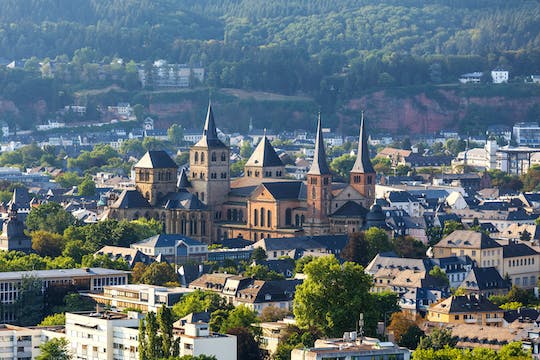 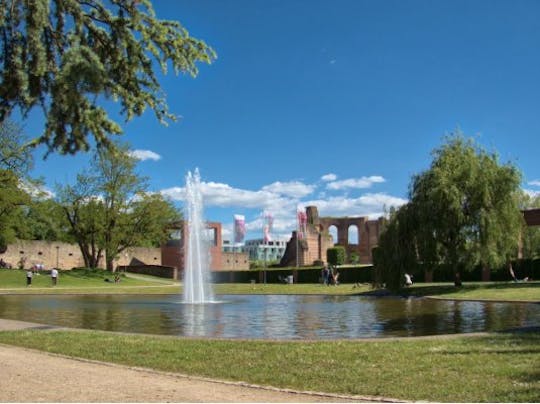 Book this city rally and discover the magnificent Roman buildings in Trier, a UNESCO World Heritage Site while learning about the local Roman history.