Zadar is a three thousand year-old city founded by an old Liburnian tribe, urbanized by Romans and developed by Croatians, Venetians and Austrians. Zadar survived many wars and has a very turbulent history, one that is simultaneously filled with glory and destruction, all evident in a unique blend of ancient and modern architecture, art and lifestyle.

Your tour begins in the Zadar city square, a millenial-old gathering place for the citizens of Zadar, and continues with a walk along Kalelarga, the main Roman decumanus that takes you to the cathedral of St. Anastasia, a beautiful example of Tuscan Romanesque architecture. Next to the cathedral you will see the 16th-century Orthodox church of St. Elijah, from where you will have a view on the Roman Forum, the center of life in the Julia Iader Roman colony complete with the original 2000-year-old sidewalk as well as many other Roman architecture remains.

Also in the forum, see the foundations of the two-story church of St. Donat, a fine example of early Romanesque architecture. Round in shape and known for its acoustics, St. Donat is a symbol of Zadar and the church's exemplary combination of space and sound will transport you to back to the Middle Ages.

The tour continues at the world's third largest collection of gold, silver and paintings found in a church at a female Benedictine monastery. Works by world famous painters and master goldsmiths shine in front of your eyes, from the crowns of kings and queens to saints' relics to paintings by Caravaggio and Paolo Veneziano.

Next, stroll along Zadar's waterfront to see marvels of modern architecture that successfully connect contemporary Zadar with his rich past. Alfred Hitchcock said that Zadar's waterfront, which overlooks the Zadar archipelago, has the most beautiful sunset in the world. Here, you'll have a coffee as well as the chance to sip the delightful Maraschino, a liqueur that Napolen always had on hand when planning his military campagns.

After a short refreshment, you'll see the fabled Sea Organ comprised of pipes built into the waterfront that produce a sound powered by the strength of the waves, creating a magical setting for meditation and relaxation.

A few meters away, enter the glowing circle of The Greeting to the Sun, a monument dedicated to the sun, planets and the universe and their influences on our lives before finishing your tour.

Tour departs from the old town's People's Square in the old town of Zadar, gathering point-in front of the lamp. Your guide will be waiting for you. 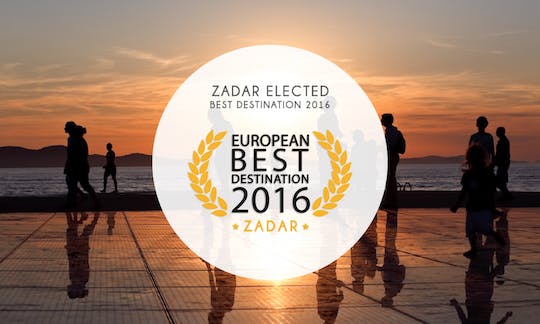 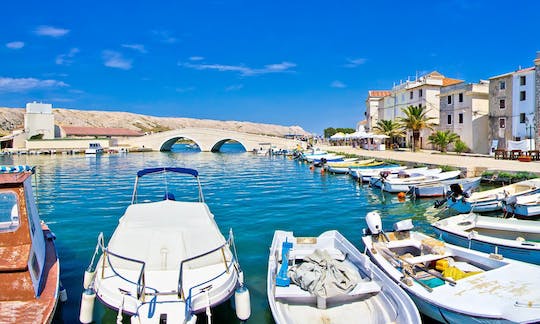 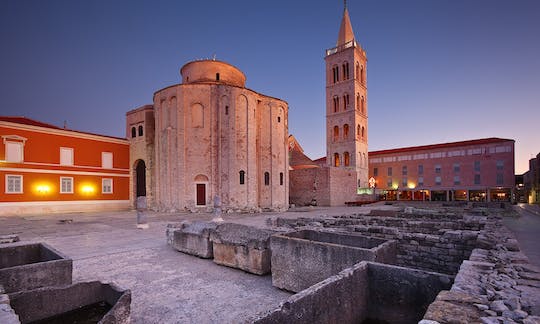 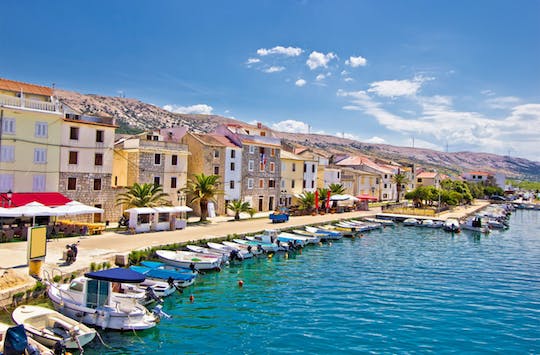 Discover the Island of Pag on a guided walking tour, learn about cheese production and visit the Nin Saltworks on a private day trip from Zadar. 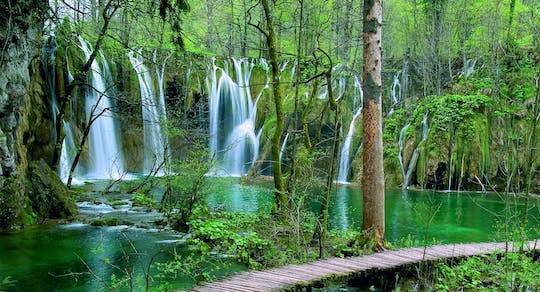 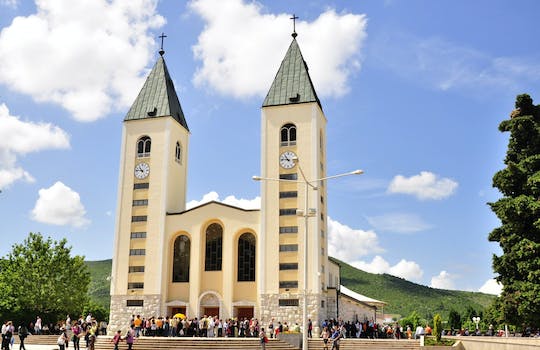 Private day-tour to Medjugorje from Zadar