Casa Amatller is a Modernist building in Barcelona that was remodeled by architect Josep Puig i Cadafalch, on a commission from chocolate manufacturer... free cancellation
Duration up to 1 hour
Instant Confirmation
(24)
from:
£14.00

Duration up to 8 hours
Instant Confirmation
Skip The Line
from:
£25.00 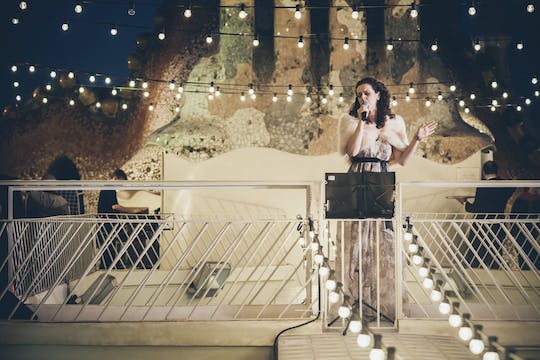 Buy your skip-the-line Gold tickets and enjoy the most complete visit to Casa Batlló! Enjoy fast pass access and a glass of cava!

Live a great night-time experience at La Pedrera, one of Barcelona's most emblematic buildings. Enjoy an audiovisual show of video mapping on the roof terrace.

Barcelona Artistic Tour of the Best of Gaudí

Don't miss the chance to explore the best of Gaudí with an expert guide and see some of the city's masterpieces such as Casa Batlló and Sagrada Familia.

Casa Amatller is a Modernist building in Barcelona that was remodeled by architect Josep Puig i Cadafalch, on a commission from chocolate manufacturer Antoni Amatller. Amatller bought the house on March 12, 1898. It was then a 1,415 m2 estate, located at number 101 (which later became 41) Paseo de Gracia. The structure was a street-level house with four floors and a garden, which was built in 1875 under the direction of master builder Antoni Robert.

The industrialist Amatller wanted to remodel the building to make it his residence, and he chose Josep Puig i Cadafalch to lead the project. This prominent architect created a Gothic, urban palace with a flat facade, a central courtyard and a staircase that provided access to the main rooms. The Gothic style is a combination of Catalan and Flemish (characterized by the flat triangular shape of the top of the facade). Casa Amatller is adjacent to Casa Batlló and near Casa Lleó Morera; the three buildings form the so-called Manzana de la Discordia (Discord's Apple). This is the city's most famous group of Modernist buildings, all integrated into a single facade. It is located on Paseo de Gracia, between Aragó and Consell de Cent streets, and illustrates the contrasts in the different architectural trends. At number 35 on this same street is Casa Lleó Morera (by Domènech i Montaner), a few steps up the road you will find Casa Amatller and Casa Batlló (by Antoni Gaudí).

Since 1960, the building is home to the Amatller Institute of Hispanic Art, a foundation created by Antoni Amatller's heirs. On January 9, 1976, it was declared an historic-artistic monument