First part it will be driving on the highway to Constanta, crossing the bridge over the Danube (the first bridge was built in 1895 by the Romanian engineer Anghel Saligny during King Carol I). Also, we will pass the Nuclear Power Plant made by a Canadian Company in 1978. After 3 hours of driving, we will reach Constanta where we head to the Historical Center.

Constanta is the oldest town attested on the Romanian territory. The first documentary attestation of this city dates back to 657 BC when in the area was founded a Greek colony called Tomis. The Greek settlements have been conquered by the Romans in 71 BC and renamed Constantiana, after the sister of the Roman Emperor Constantin the Great. During the 13th Century, the town was developed by the Italian merchants from Genova. Constanta has declined during the Ottoman rule period. After the Romanian war of Independence 1877-1878, Constanta rose back and developed until the present as the largest harbor in Romania.

Sights to be visited in Constanta:

The Museum of Archaeology and History Constanta
Founded in 1878, the museum contains relics and pieces of architecture from the Greek and Roman period.

The Roman Edifice with mosaic
Discovered in 1959 by archaeological excavations, the edifice reveals an original Roman Mosaic, part of the commercial harbor, dating back to the 4th Century.

The statue of Ovidius
The statue representing Publius Ovidius Naso (43BC-17AD). The statue is located in the Ovidiu Square and was built in 1887 by the Italian sculptor Ettore Ferrari.

The Muslim Mosque
Built between 1910-1912 as a homage to the local Muslim community, the inauguration was made in the presence of Carol I (the first king of Romania). It was first named Carol I and later it was renamed Mahmud the Second. Going up in the Minaret Tower you can have a splendid panoramic view of the whole city of Constanta.

The Aquarium Constanta
Inaugurated in 1958 as the first public aquarium in Romania, you can see here a variety of fish species including a large collection of sturgeon.

After lunch, the day ends with the driving back to Bucharest.

What to remember
Read more
When
Read more
Provider
Travelmaker
Booking fee
Good news! No extra fees are applied to this booking.
Cancellation policy
Receive a 100% refund if you cancel up to 24 hours before the experience begins. 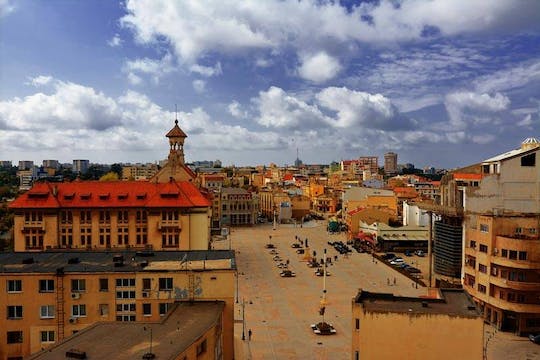 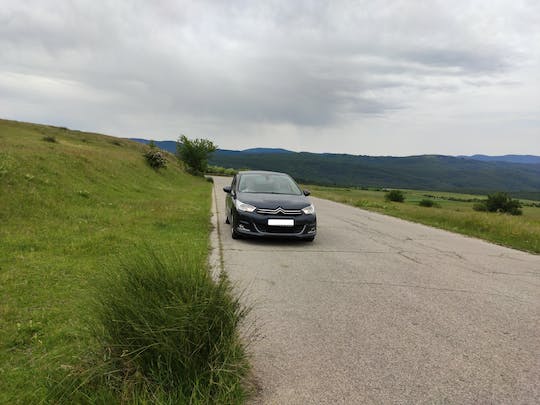 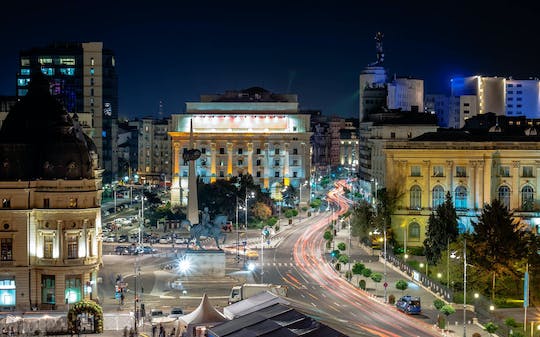