Discover Transylvania, the mysterious part of Romania on this day-trip. You will start in the morning from your hotel and head north-west toward Pitesti and eventually enter the Olt River Valley. You will see the Cozia Monastery, the historical monument located in one of the most beautiful river valleys in Romania. The structure was built in 1388 by Mircea the Elder, the Grandfather of Vlad the Impaler.

Your next stop will be Sibiu, which was a European Cultural Capital in 2007 along with Luxembourg when Romania joined the European Union. You will take part in an engaging city tour and you will explore the city listed as one of the most idyllic places to live in Europe.

With its Large Square, Small Square and Huet Square it was the largest fortified city of Transylvania in the medieval times. You will have a chance to admire its most beautiful landmarks like the Brukenthal Palace, Jesuit Church, Old City Hall tower, Evangelical Church and Liars Bridge, the first iron cast bridge in the country.

Your next stop will be Sibiel, a charming village where you will learn about the local countryside lifestyle. The united community teamed up and restored most of the houses in the village. In the same place, you can find the largest icons in the glass museum in Transylvania which you will visit and get to know more about how the tradition started in this region. 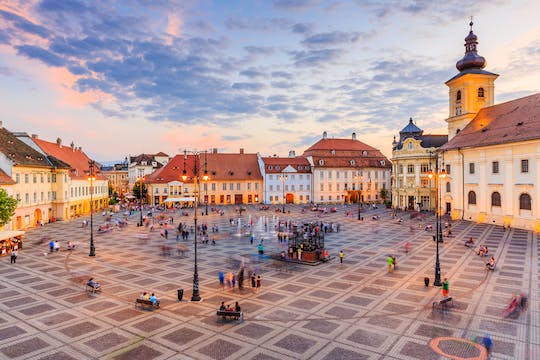