Join this experience and discover eastern Lisbon, which used to be an industrial area, was chosen as the site to host the last world fair of the 20th century, Expo 98. It has since been reborn into a futuristic glass-and-steel district, home to some wonderful examples of modern architecture.

Accompanied by an expert guide, you'll see Oriente Station, a landmark with the signature of Santiago Calatrava, as well as the Pavilhão de Portugal projected by the Pritzker-award-winning architect Alvaro Siza Vieira. Don't miss the opportunity to admire its remarkable undulating roof. Many of the constructions in the area have an ocean theme (the twin towers São Gabriel and São Rafael resemble ships and are named after two of Vasco da Gama's vessels), and there is also one of the world's most spectacular aquariums nearby.

Everywhere you turn is a glimpse of the river looking like an ocean crossed by Europe's longest bridge, water volcanos erupting, wave-shaped benches, exotic greenery, public art by Portuguese and international artists, cable cars overlooking it all, and an unashamedly avant-garde side of Lisbon contrasting with its old historic center.

What to remember
Read more
When
Read more
Provider
Sitgo
Booking fee
Good news! No extra fees are applied to this booking.
Cancellation policy
Receive a 100% refund if you cancel up to 24 hours before the experience begins. 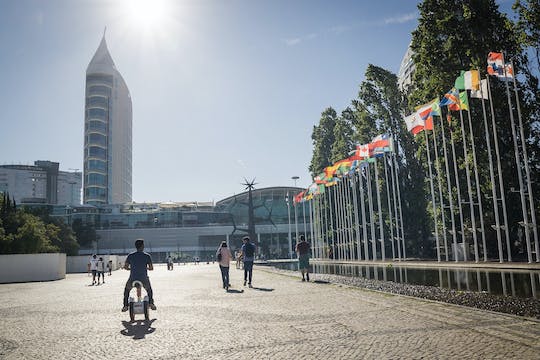 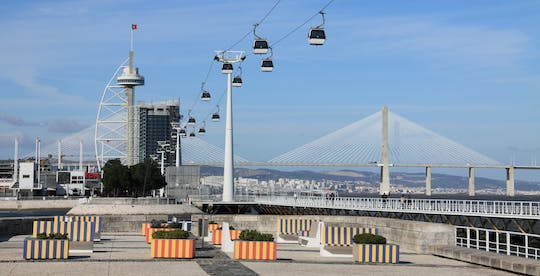 Discover the best spots in Lisbon with amazing views over the Tagus River. See the main monuments and explore the city with a cable car ride.