Built by King Ludwig II of Bavaria, Neuschwanstein Castle is a 19th-century fairy-tale like palace located on a cragged hill above the village of Hohe...

Neuschwanstein is a must if you are in Munich. Reach it with this comfortable tour by train. See Neuschwanstein Castle inside and also its surrounding area. 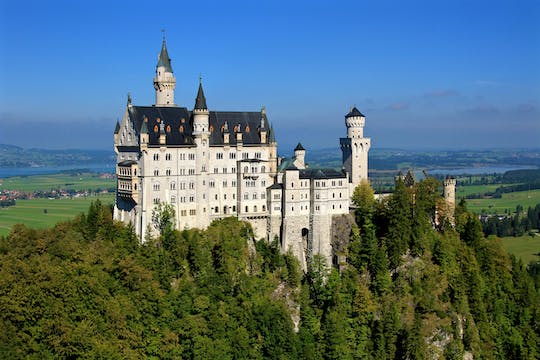 Full-day trip to Neuschwanstein Castle and Linderhof Palace from Munich

Visit the fairy tale Neuschwanstein Castle and Linderhof Palace built by King Ludwig II, on a full-day trip from Munich.

free cancellation
Duration up to 11 hours 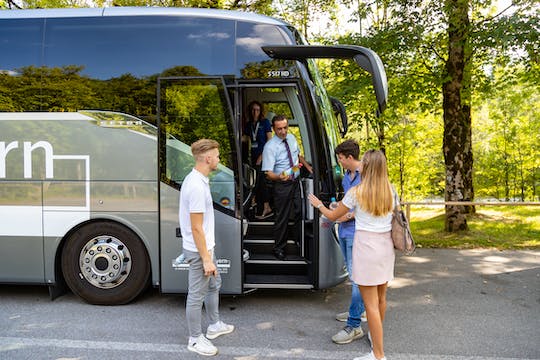 Book an experience that will leave you with amazing vacation snapshots you'll cherish for many years to come! Explore the venue, savor local delicacies and have it all captured by a professional photographer. 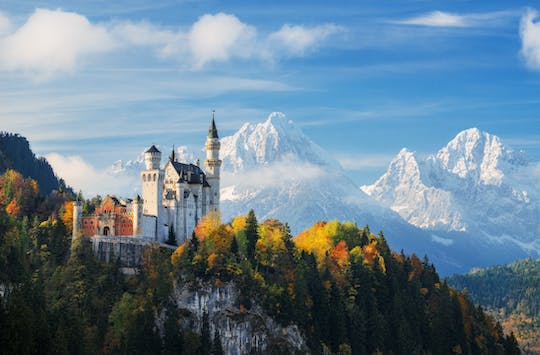 Explore the beautiful Neuschwanstein Castle on this private guided tour from Salzburg. Hear about its history and marvel at its stunning architecture. 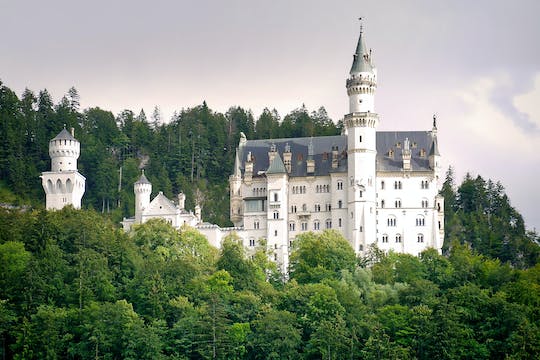 VIP tour to Linderhof Palace and Neuschwanstein Castle from Munich 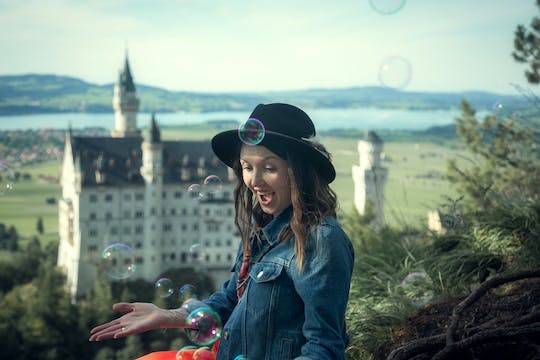 Hire your very own personal photographer in Neuschwanstein castle who knows all the beautiful photo spots which will make your Instagram account pop!

Book a personal photographer in Neuschwanstein to discover the main sites and hidden photo spots. Learn about the local culture, get the best recommendations on what to do while having a professional photographer to capture these moments. 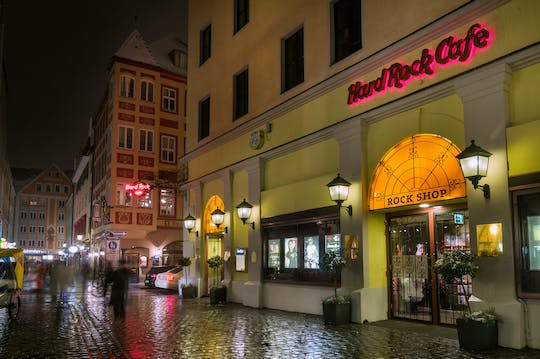 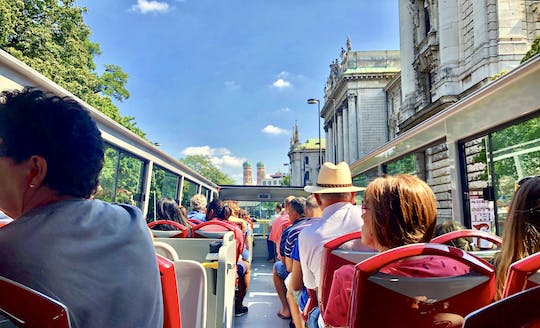 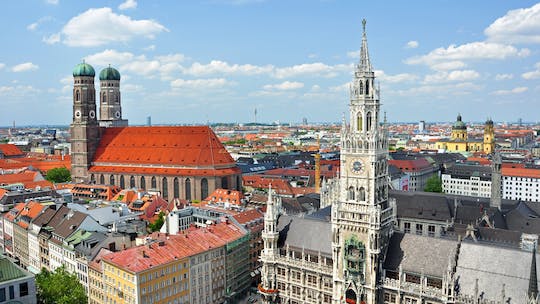 Summits of Berchtesgaden and Eagles Nest full-day tour from Munich 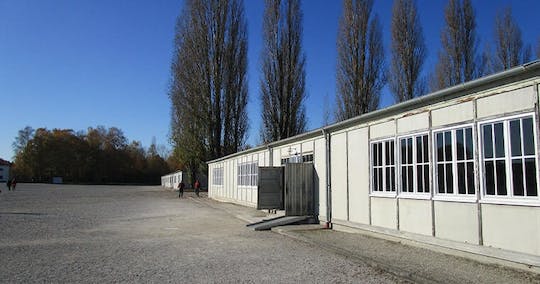 Join a day trip which includes a tour to the Dachau Concentration Camp Memorial from Munich and a guided walking tour about the Third Reich. 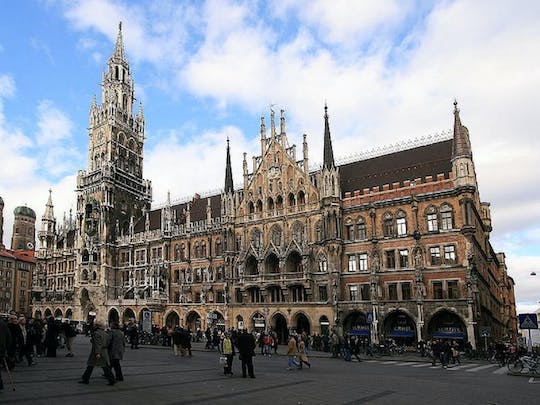 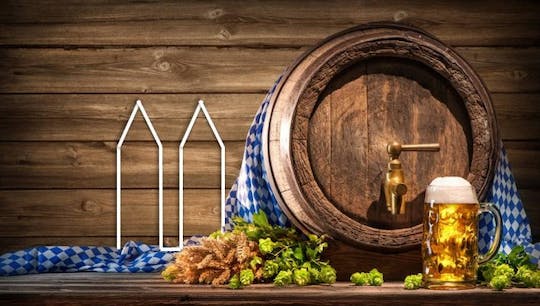 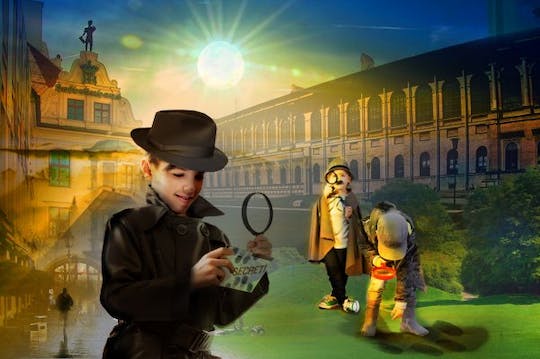 Book this family-friendly city rally through Munich! Become investigators and find out about some of the city's most spectacular criminal cases. 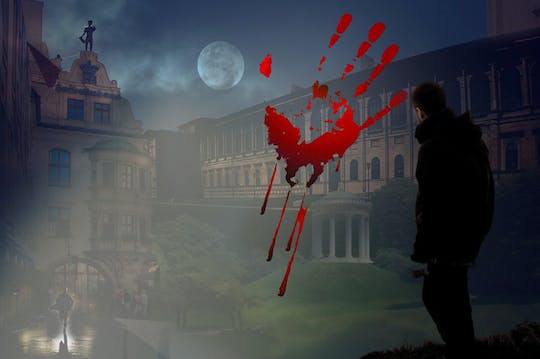 Explore crime scenes of real criminal cases with this city rally and discover Munich's most popular places at the same time!

Built by King Ludwig II of Bavaria, Neuschwanstein Castle is a 19th-century fairy-tale like palace located on a cragged hill above the village of Hohenschwangau near the town of Füssen in southwest Bavaria, Germany.

Construction started in 1869 and was completed less than twenty years later in 1886. King Ludwig II constructed the castle as a retreat to escape the public and also in honor of his friendship and admiration of Richard Wagner, the famous German opera composer. King Ludwig II, also known as the “Swan King” or the “Fairy-tale King”, was a patron of the arts and a great lover of music. His great passion for Richard Wagner can be seen inside the castle with wall paintings that illustrate scenes of his most famous operas. Every room within the castle is an expression of Ludwig’s love of music, art, poetry and writing.

Neuschwanstein Castle is allegedly the inspiration for many of the Disney castles including the Cinderella and Sleeping Beauty Castles. This dramatic Romanesque fortress with soaring fairy-tale turrets, overlooks the level green land and also Ludwig’s childhood home, where Ludwig supposedly envisioned the castle.

The castle can be easily accessed from Munich in less than 2 hours by car or 2.5 hours by train. Neuschwanstein Castle is one of the most popular tourist attractions in Europe today and with as many as 6,000 visitors a day in peak season, it is advised to book your tickets in advance to discover one of the most idyllic fairy-tale castles in the world.