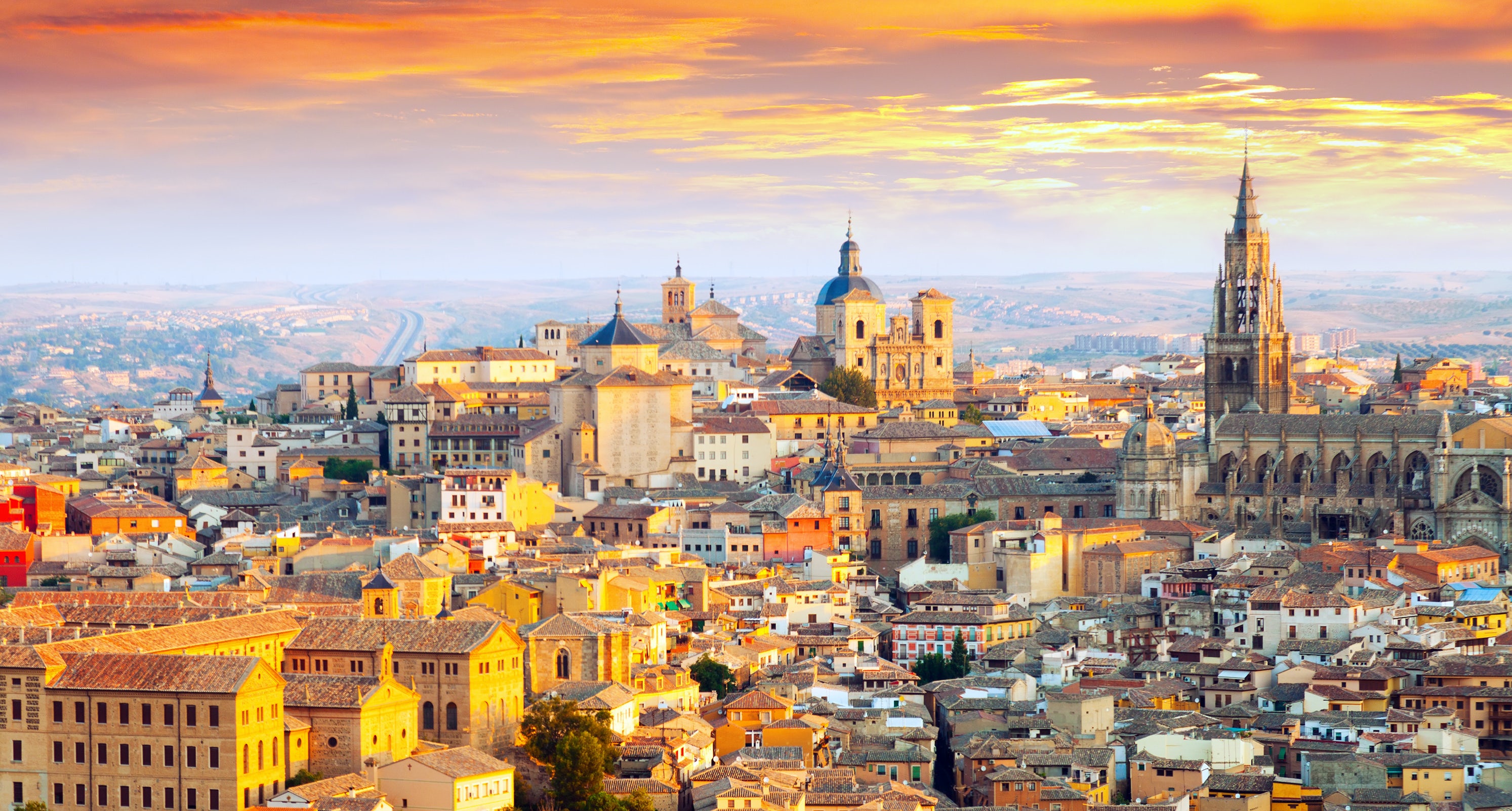 The Primate Cathedral of Saint Mary of Toledo otherwise known as Toledo Cathedral is one of three 13th century cathedrals in Spain and is widely consi...

In the top 5 attractions for Toledo

Filter by:
All
Guided Tour

Located 70 km away from Madrid is Toledo, a beautiful city-museum declared a World Heritage Site by UNESCO. It is one of the oldest towns in... Toledo Segovia Excursion for intelligent travelers. In a single day and at a low-cost price you will meet two of the world´s best heritage c... Discover the amazing city of Toledo with this tour from Madrid. Upon arrival you will start with a panoramic walking tour of Toledo, into th...

Guided tour of Toledo from Madrid

Discover the amazing Toledo with this guided tour that will take you from Madrid to one of the best cities of central Spain. Located just ou... 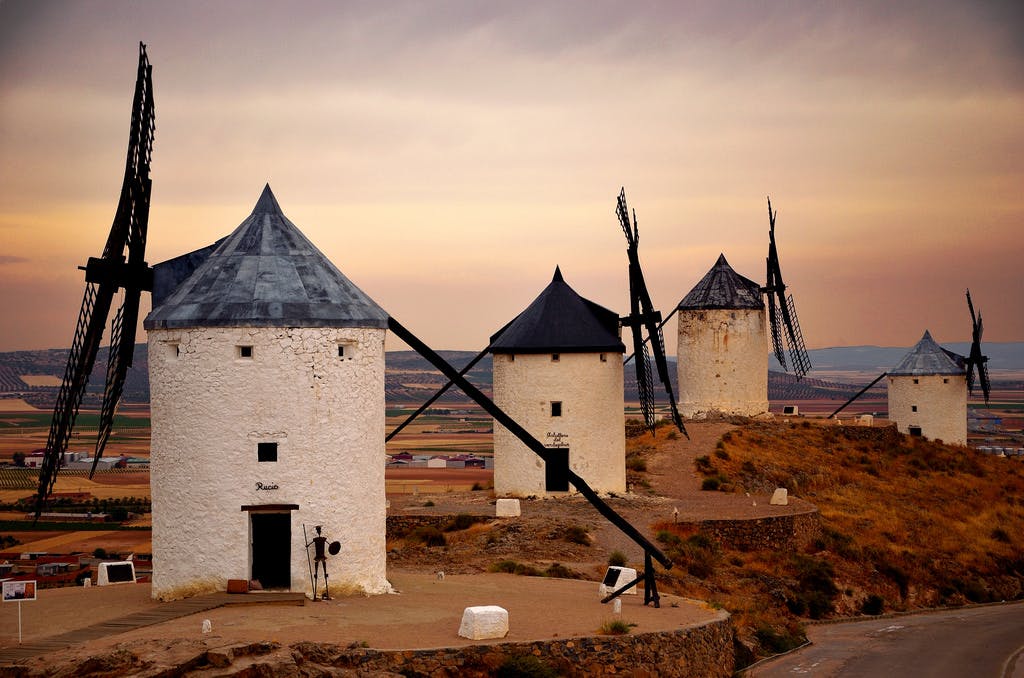 Your day starts in Central Madrid where you’ll meet your guide and small group then hop into a private, air-conditioned minibus for the hour... Full-day tour to Toledo and Cuenca from Madrid

First of all, you will take the bus in Madrid and you will go to the first destination, Cuenca. Your professional guide will take you throug...

Enjoy a guided visit to the Cathedral of Toledo.Admire the artistry of the most important cathedral in Spain. Enjoy the beauty of this stunn... 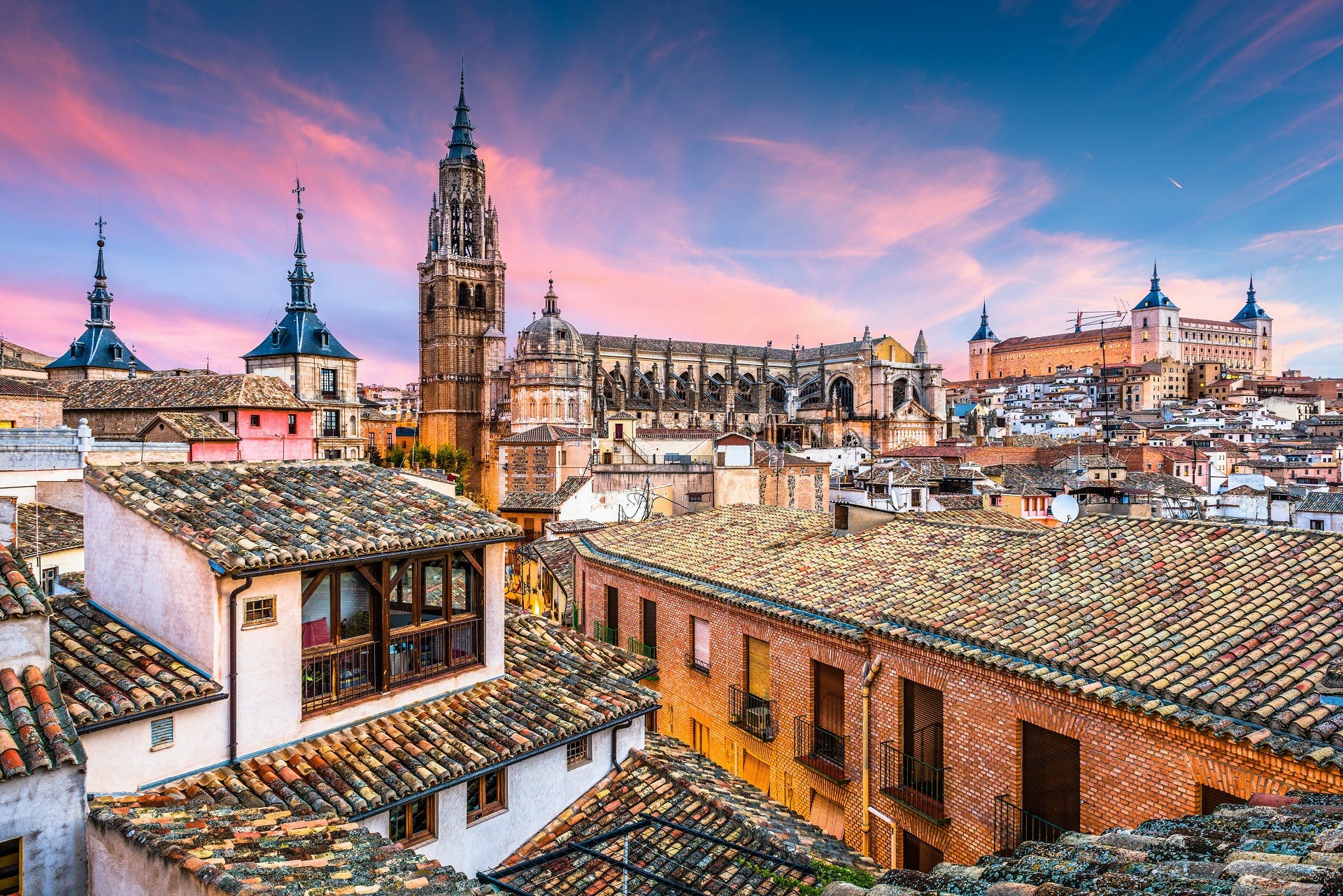 On this two-day tour, see some of the most important historical and cultural sites in Spain. On day one, you'll visit Toledo and Segovia. On...

Toledo guided walking tour with entrance tickets to the monuments

Enjoy walking through the commercial area of downtown Toledo. The current shopping area is full of renowned shops reminiscent of the guilds ...

Available in: English
Guided Tour
$ 42
> Reviews
Carly July 19, 2018
()
We were very impressed with our two separate tour guides, who were passionate and knowledgeable about the impressive attractions and who gave us context for the city. I suggest some editing, as the instructions for meeting on the website and pass were not the same and led to some miscommunication.
Janice November 9, 2018
()
Our guide was Carla, WOW explained everything in great detail, saw 22 el Greco painting and she explained each one. This tour is not for the faint of heart. There was more up and down walking in rain slick stones that had been their for thousands of years. WOW what a tour go for it.
Gonzalo March 17, 2018
()
Me lo habían recomendado mis amigos y la verdad es que fue incluso mejor de lo que me esperaba. Una maravilla!
Tommaso March 11, 2018
()
Ottima organizzazione e ottima la comunicazione. Raccomanderei Musement a chiunque.!
Louis March 13, 2018
()
Guide très professionel - il connaissait bien la matière. Très intéressant.
Alfie March 31, 2018
()
Just so beautiful, the whole family loved it
Antonella April 25, 2018
()
pour toutes les attractions! Merci!
Caroline March 15, 2018
()
Great service. I will repeat it
Martine March 19, 2018
()
Visite incontournable
Duhamel March 13, 2018
()
Superbe ! Skipper ...
Kelly March 12, 2018
()
Highly recommended.
Alexandre March 12, 2018
()
A faire sans detour
Mary jane April 30, 2018
()
Great experience
Martine March 19, 2018
()
Incontournable
Oliver March 19, 2018
()
So worthwhile!
Top attractions in Toledo 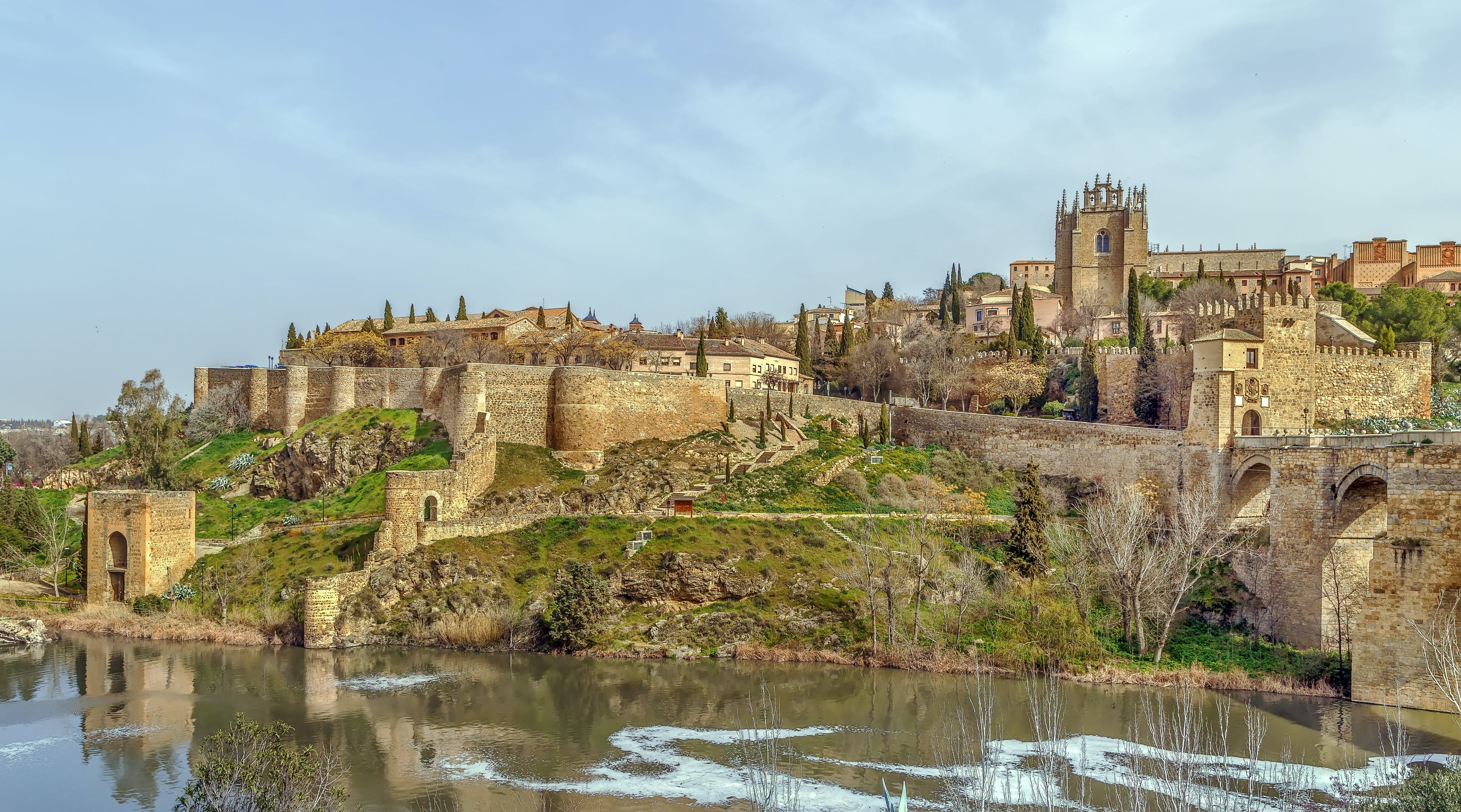 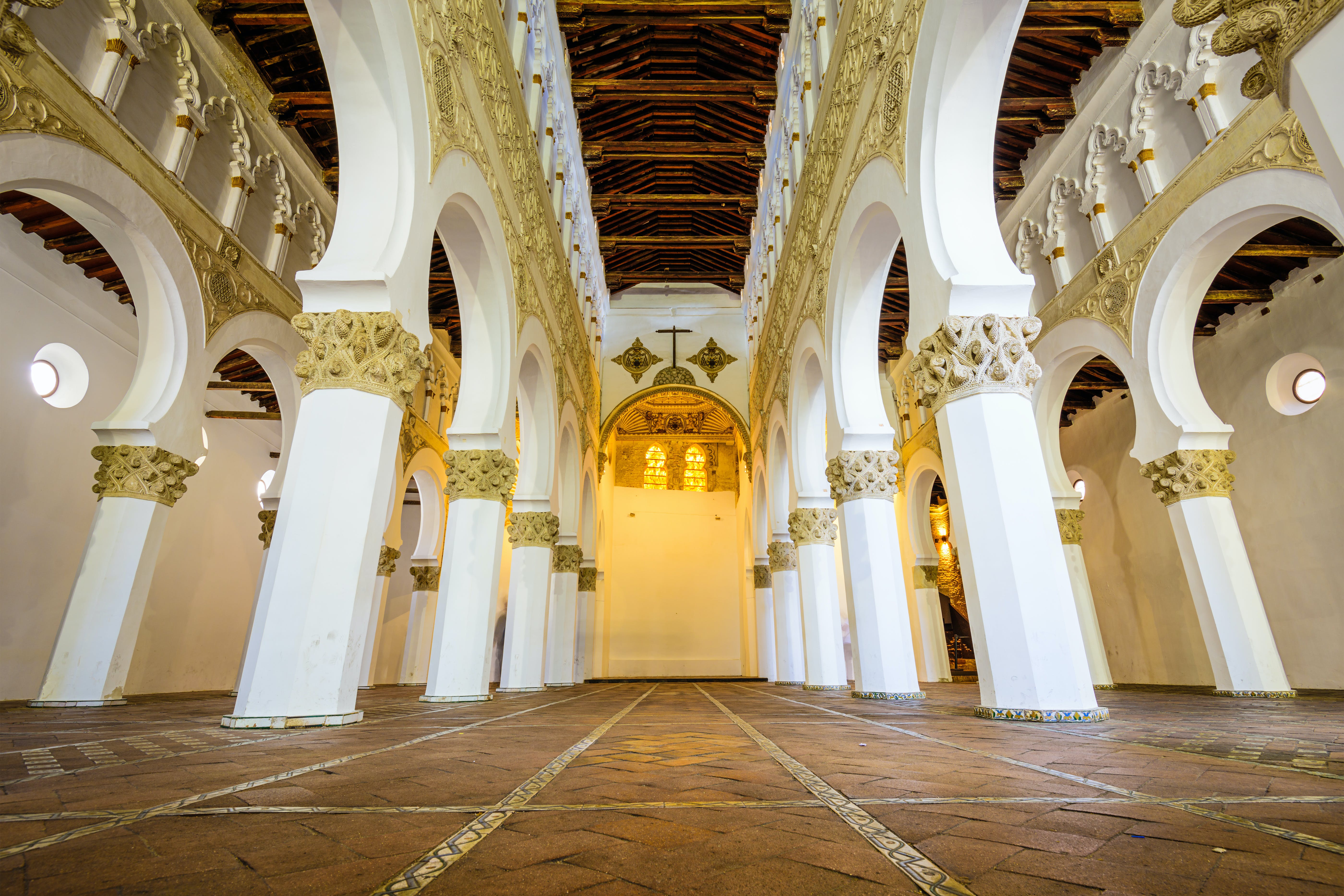 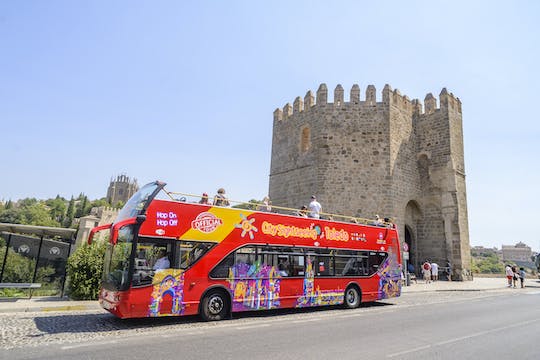 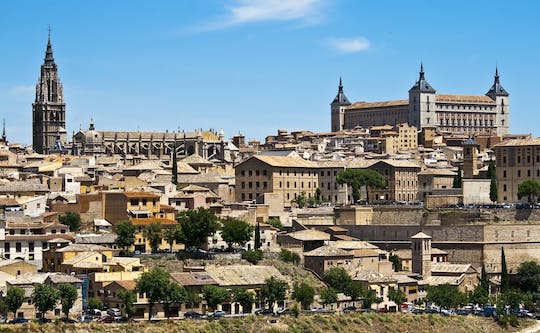 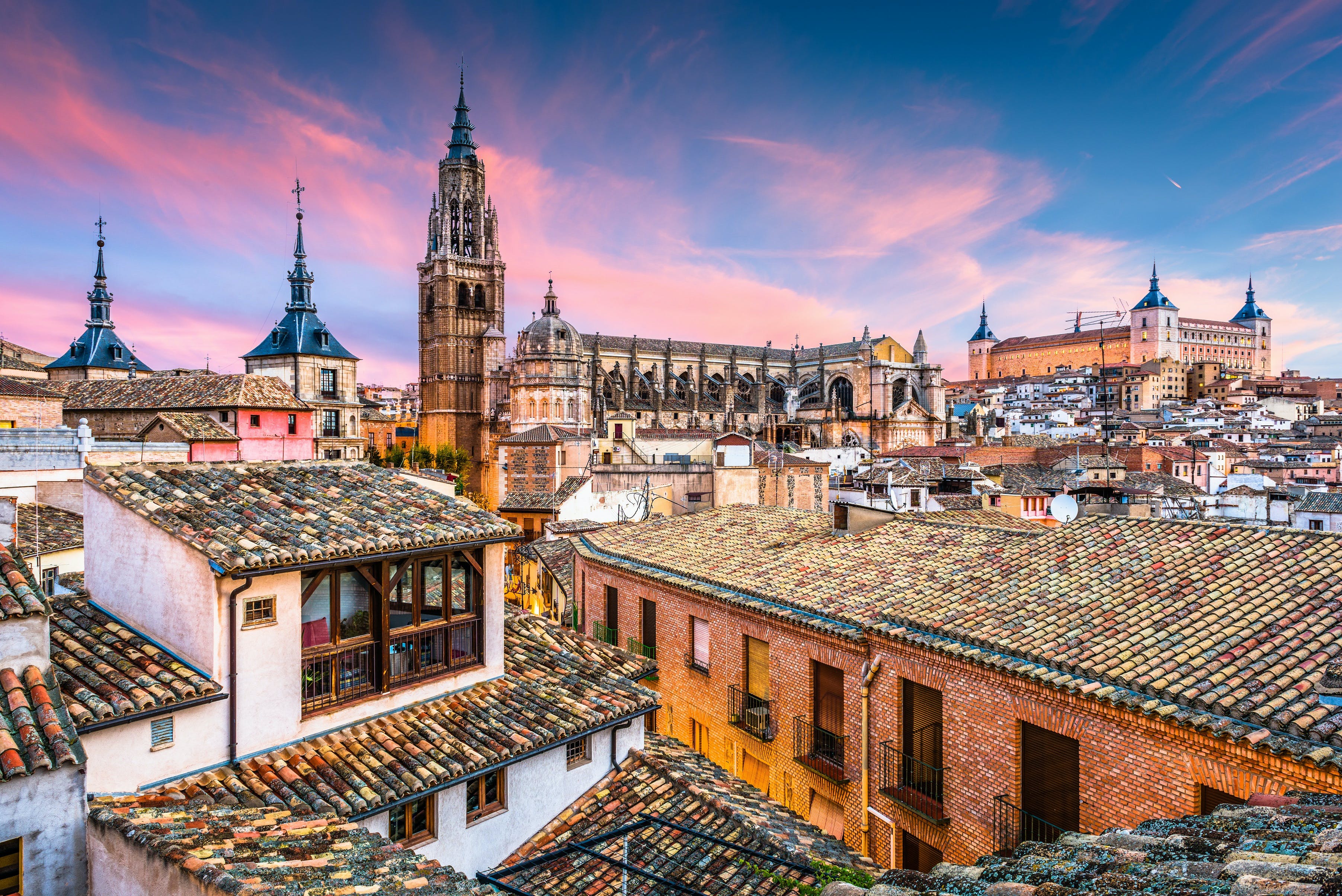 Toledo
View all experiences in Toledo

The Primate Cathedral of Saint Mary of Toledo otherwise known as Toledo Cathedral is one of three 13th century cathedrals in Spain and is widely considered one of the most renowned works of Gothic architecture in the country. Located only one hour from Madrid, Toledo is an incredibly cultural city with the Cathedral at its heart.

Built with limestone from quarries nearby, work to the cathedral began in 1226 under the rule of Ferdinand III and took more than two centuries to build. Inspired by French Gothic style but adapted to Spanish taste with Mudéjar influences, such as distinctive multifoiled arches, the architecture is truly remarkable. Featuring five naves supported by 88 columns and 72 vaults, the cathedral also features several chapels and is the burial site to many Monarchs.

An impressive example of medieval Gothic architecture, it is as beautiful inside as it is from the outside. Its grand interior is full of classic characteristics of the style, rose windows, ribbed vaults and pointed arches among other features. Admire the stunning main altarpiece, which is wonderfully carved and summarizes the life of Jesus. Don’t forget to explore the beautiful art preserved in the Sacristy with works by El Greco, Van Dyck and Titian, among others.