One day tour to Majdanek concentration camp and Lublin from Warsaw

Visit a place which is different than Auschwitz or Dachau. Majdanek Concentration Camp is the most complete witness of the terrifying Holocaust. Silent, with no crowds or rush. Chill out at a beautiful old town in Lublin afterward.

After the hotel pick up you’ll drive with your guide towards Lublin, which is located approx. 190 kilometres from Warsaw (3 hours drive). The Majdanek Concentration Camp was a Nazi German concentration and extermination camp established on the outskirts of the city of Lublin during the German occupation of Poland in World War II. The camp, which operated from October 1, 1941, until July 22, 1944, was captured nearly intact because the rapid advance of the Soviet Red Army prevented the SS from destroying most of its infrastructure. Majdanek, also known to the SS as Konzentrationslager Lublin, remains the best-preserved Nazi concentration camp of the Holocaust. Nowadays it’s a quiet and a bit forgotten Museum, which you will visit with our guide.

After the visit in Majdanek guide will take you to the Old Town of Lublin. This city thrived as a centre of trade and commerce due to its strategic location on the route between Vilnius and Kraków; the inhabitants had the privilege of free trade in the Grand Duchy of Lithuania. The Lublin Parliament session of 1569 led to the creation of a real union between the Crown of the Kingdom of Poland and the Grand Duchy of Lithuania, thus creating the Polish-Lithuanian Commonwealth. Lublin was a royal city of the Crown Kingdom of Poland, and for centuries, the city has been flourishing as a centre of culture and higher learning, with Kraków, Warsaw, Poznań, and Lwów.

Although Lublin was not spared from severe destruction during World War II, its picturesque and historic Old Town has been preserved. The district is one of Poland's official national historic monuments, as designated May 16, 2007, and tracked by the National Heritage Board of Poland.

What to remember
Read more
When
Read more
Provider
Warsaw Behind the Scenes
Booking fee
Good news! No extra fees are applied to this booking.
Cancellation policy
Receive a 100% refund if you cancel up to 24 hours before the activity begins. 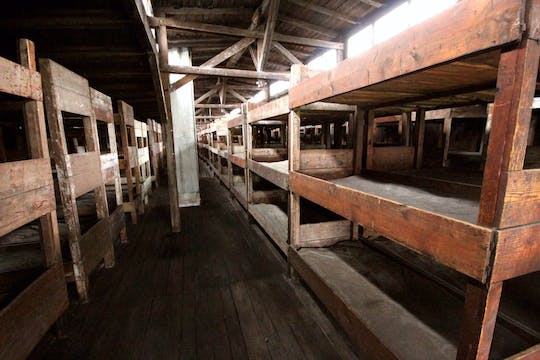 One day tour to Majdanek concentration camp and Lublin from Warsaw 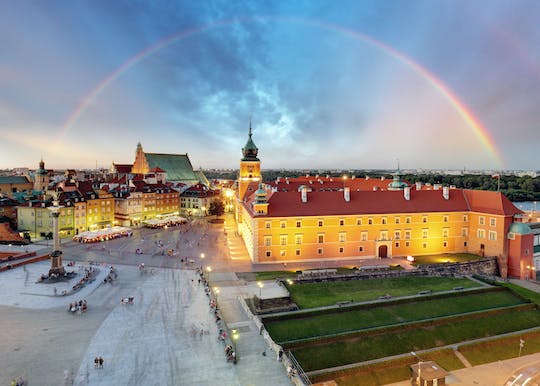