On this private tour you will follow Warsaw insurgents step by step in their struggle for freedom with Skip-the-line tickets to the Warsaw Uprising Museum. Learn every detail of Warsaw Uprising at this interactive and highly innovative museum. Following your tour inside the museum discover other monuments related to WWII such as the Tomb of the Unkown Soldier on a walking tour in Downtown Warsaw and Muranow district.

The Warsaw Rising was one of the very important events related to the World War II. On this tour you will see the idea and motivation that led ordinary people to stand against conquering Poland German soldiers. During the tour you will see the most interesting parts of the interactive and innovative Warsaw Uprising Museum.

Explore the Polish Underground State which was the name of underground resistance organizations in Poland during World War II, where people were preparing plans and conspiracies against the enemy. You will have a chance to see newspapers and bulletins printed in secret, and spread around Polish society.

The Warsaw Rising lasted for two month and took thousands of victims among both Polish soldiers and civilians. After learining what happened in 1944 go with your guide to other parts of Warsaw like Downtown and Muranow districts, where is a lot of important memorials. You will see great monuments devoted to people who sacrificed their lives for independent Poland and free its capital.

Meet your guide next to polish flags at the gate of Warsaw Uprising Museum. 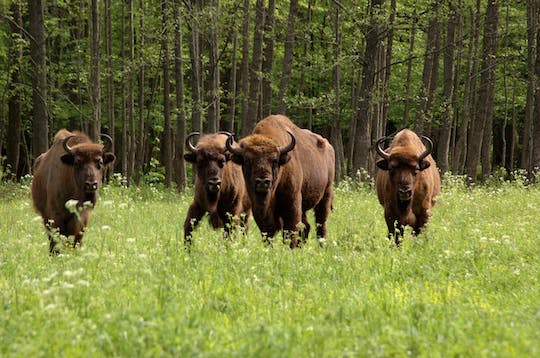