Private World War II and the Holocaust tour in Amsterdam

See important sites and monuments relating to the Nazi occupation of Amsterdam from 1940-1945 on a 3-hour private tour. Hear about this traumatic episode in the Dutch capital's long history with a guide. The tour is ideal for visitors who like to go off the beaten path, have a passion for history and want to learn more about this important aspect of the city's past.

During this tour you will visit locations in the city that played an important role in the occupation during World War Two and in the persecution of the Jews. Locations connected to the following topics will be visited, among others:

Meet your guide near the old Anne Frank House.

What to remember
Read more
When
Read more
Provider
slagveldreizen.nl
Booking fee
Good news! No extra fees are applied to this booking.
Cancellation policy
Receive a 100% refund if you cancel up to 48 hours before the experience begins. 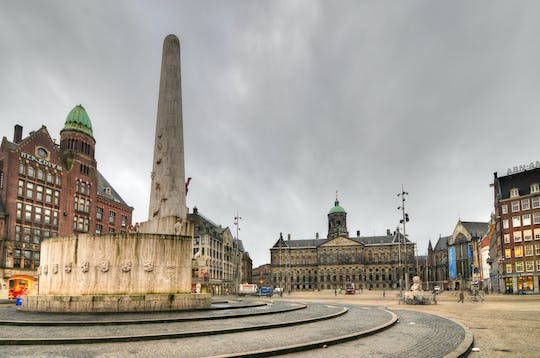 Private World War II and the Holocaust tour in Amsterdam

Mobile voucher accepted
from:
£130.00
Sorry, it's sold out
Unfortunately all tickets have been sold out for this event

free cancellation
Duration up to 24 hours
Instant Confirmation
(52)
from:
£28.00