Explore renovated buildings dating back to the 19th century and huge fermentation tanks, see packaging lines working at the impressive speed of 60 thousand bottles per hour and picturesque garden of the former royal brewery. One of the greatest attractions is a documentary film made in 3D to be seen in a special museum cinema. The film relates to Tyskie Brewery's history which dates back to the end of the 16th century.

Direct door-to-door pickup and drop-off are guaranteed in comfortable, modern, air-conditioned vehicles, as well as a friendly, English-speaking driver at your disposal. After the visit to the brewery and museum, you will participate in a beer tasting including 3 kinds of beer: smooth dark, red lager, wheat beer.

Meeting point:
What to remember
Read more
When
Read more
Booking fee
Good news! No extra fees are applied to this booking.
Cancellation policy
Receive a 100 % refund if you cancel up to 24 hours before the activity begins. 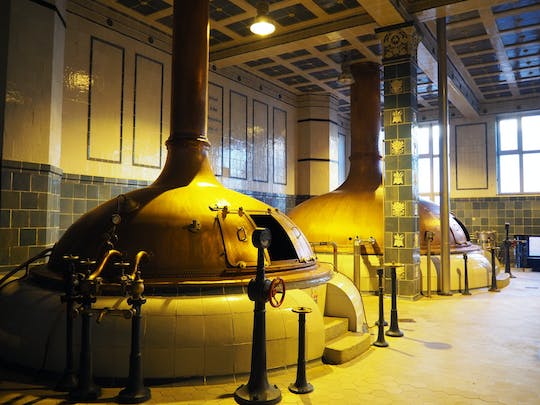 Are you looking for an easy and convenient way to get to Oświęcim and explore the Auschwitz - Birken...

Undoubtedly, Krakow has a lot to offer to all of its guests. While visiting this one of the largest ...