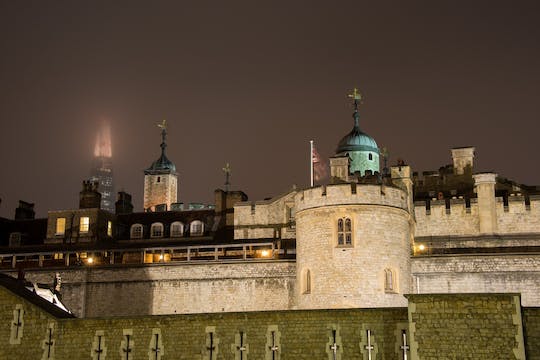 Our tour begins in the 1400’s – a time long before an official police force patrolled the shadowed alleys in the city’s infamous “East End”. London was a city where the tyrants ruled and the weak were swallowed by Death’s gaping maw. This walk through the city’s gloom takes us through the site of gruesome executions, poverty, overcrowding, disease and criminality.

As we retrace the trail of the notorious Jack the Ripper murders, we get a taste for a new breed of soul harvester born of the Victorian age, the world’s first psychiatric hospital, plague pits, the Bloody Tower and Traitor’s Gate and several notoriously haunted areas of the East End. Discover how traitors and criminals were punished, why the Ripper was never caught and what life was really like for people living in the East End. In a city so full of light and beauty, this walk will show us the darkness waiting behind every corner.

Meeting point:
What to remember
Read more
When
Read more
Provider
SANDEMANs New London
Booking fee
Good news! No extra fees are applied to this booking.
Cancellation policy
Unfortunately, we can't offer you a refund nor can we change or cancel your booking for this particular product, due to our partner's policy.

Printed ticket only
from:
$ 17