The Golden Circle tour allows visitors to get in touch with some of Iceland’s most famous and exciting natural phenomena. Your first stop is at the Thingvellir National Park 40 min east of the city. Þingvellir is one of Iceland’s most historic sites as it was here that Iceland’s first parliament was founded in the year 930 AD. From Þingvellir you will then head along gravel tracks toward the world-renowned geothermal area around the Geysir hot spring where you can witness gurgling bubbling water burst 25 meters high. This is the one spouting hot spring that all such phenomena on Earth are named after. From there you will continue on to Gullfoss, “the Golden waterfall”, with practically no limit to how close you can stand next to it. Gullfoss is a great sight with water rushing down three steps of lava layers exhibiting breathtaking power and grandeur.

The Silfra Fissure is one of Iceland’s most desirable snorkeling spots. On the surface, this narrow channel of blue water meanders through a giant lava field, beneath active volcanoes and sprawling glaciers, next to the founding site of the world's oldest existing parliament. Below, supernatural shades of blue, perfect visibility and incredible rock formations make up a magical sub-aquatic chasm. From the comfort of a warmly insulated drysuit, enjoy the feeling of ultimate serenity and weightlessness as you drift peacefully along with the lazy current, awe-stricken at the spectacle in the depths below! Frequently rated as one of the world's top ten dive sites, the Silfra offers up to 100 meters of underwater visibility and is located on top of the separation between Europe and America!

Be ready at 9.00am for pick up from your Reykjavík accommodation and please note that it can take up to 30 minutes for the local tour operator to arrive. Please note that your vehicle will be marked with the Arctic Adventures logo.

What to remember
Read more
When
Read more
Provider
Arctic Adventures
Booking fee
Good news! No extra fees are applied to this booking.
Cancellation policy
Receive a 100% refund if you cancel up to 1 day before the activity begins. 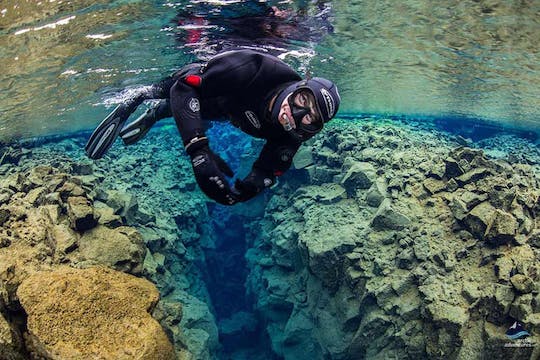 Wallowing in the steamy waters of the Blue Lagoon is one of this 100% Iceland experiences that define a holiday here. On this evening excursion, everything from transport to entry is all sorted for you, so all you'll need is your swimsuit and a couple of hours to take it easy in some of the most surreal surroundings on the island.You'll arrive at the Blue Lagoon in the early evening, where you'll walk through reception, pick up your electronic wristband and head straight for the warming waters of the lagoon. You'll emerge into the icy air, but step into the steaming 37-degree water, and you'll soon forget all about it in the misty half-darkness.There's a spa area, massage waterfall, sauna and swim-up bar where you can grab yourself a glass of bubbly to enjoy in the milky blue water. You'll have a couple of hours to soak it all up before it's time to get changed and head back to Reykjavik.

Discover the world's most northerly capital on this tour of Reykjavik. First, you'll call in at Hallgrimskirkja church where a lift to the top offers up panoramas over the skyline. Wander through the famous 101 area, and you'll pass by City Hall and also the Höfði house where the process of ending the Cold War began in 1986. Other highlights are the dome-shaped Pearl building and Harpa, the multi-million-pound opera house that dominates the harbour with its geometric glass design. Your tour also includes a ticket to FlyOver Iceland – a 5D theatre ride that allows you to experience the feeling of flight without ever leaving the ground.

Iceland is famous for its glaciers but until recently, what lies underneath the Langjokull glacier had been a mystery. In 2010, the first manmade Glacier Ice Cave was carved to take people inside the heart of this remote glacier ice cap. What's more, you'll also visit the Deildatunguhver Hot Spring and Hraunfossar Waterfall.Once you're kitted out after arriving at Husafell base, climb onto an especially modified snow truck to start the climb to the ice cave, exploring the rugged glacial landscape along the way. An experienced guide will lead the way inside, where the temperature stays at a constant, 0°. You'll see the magnificent blue ice buried deep beneath the surface.All this combined with some bubbling hot springs, stunning waterfalls and panoramic views of the mountains as you make your way north to the glacier. You'll also enjoy dinner at a nearby restaurant. And on our return, you might – with luck – catch a glimpse of the Northern Lights dancing through the sky.

Iceland's landscapes are marked by caves, bubbling hot springs and volcanoes – but on this tour, you'll delve into an extraordinary lava tube formed thousands of years ago. Located just outside Reykjavik, the Lava Tunnel is a spectacular natural feature that lets you explore deep into the landscape. You'll have an hour-long tour inside this colossal 1,360-metre-long cave, where you'll come across staggering rock formations and kaleidoscopic colours, made all the more intense with light installations. It's so atmospheric that even scenes from big Hollywood films were made here – it's magical.

Every winter, Iceland's mighty glaciers are covered in a healthy dusting of snow – ideal for zooming across on an exciting snowmobile adventure. With your expert mountain guide, you'll go full throttle as you tear over the ice and snow, taking in grandstand views all the way to the top of Langjökull, the country's second-largest glacier. And as most snowmobiles are built for two, you can swap between taking control in the driver's seat and admiring the view as a passenger. And on the journey back, you'll make a couple of stops to appreciate more of the awesome scenery and enough time to take some photos.

If you want to escape the city and see a bit more of Iceland, this trip is ideal. It introduces you to the country's south coast, where thundering waterfalls, snow-topped volcanoes and a stark coastline lie ready and waiting. You'll make a couple of stops at the area's biggest waterfalls, Seljalandsfoss and Skogafoss, where you'll have enough time to take some photos. You'll also pass by Eyjafjallajökull. The volcano that erupted back in 2010 is a picture of serenity these days, sleeping soundly beneath a huge sheet of ice and snow. The real highlight of the day, though, is Vik. This huge beach is covered in black pebbles, and boasts weird and wonderful basalt rock formations. 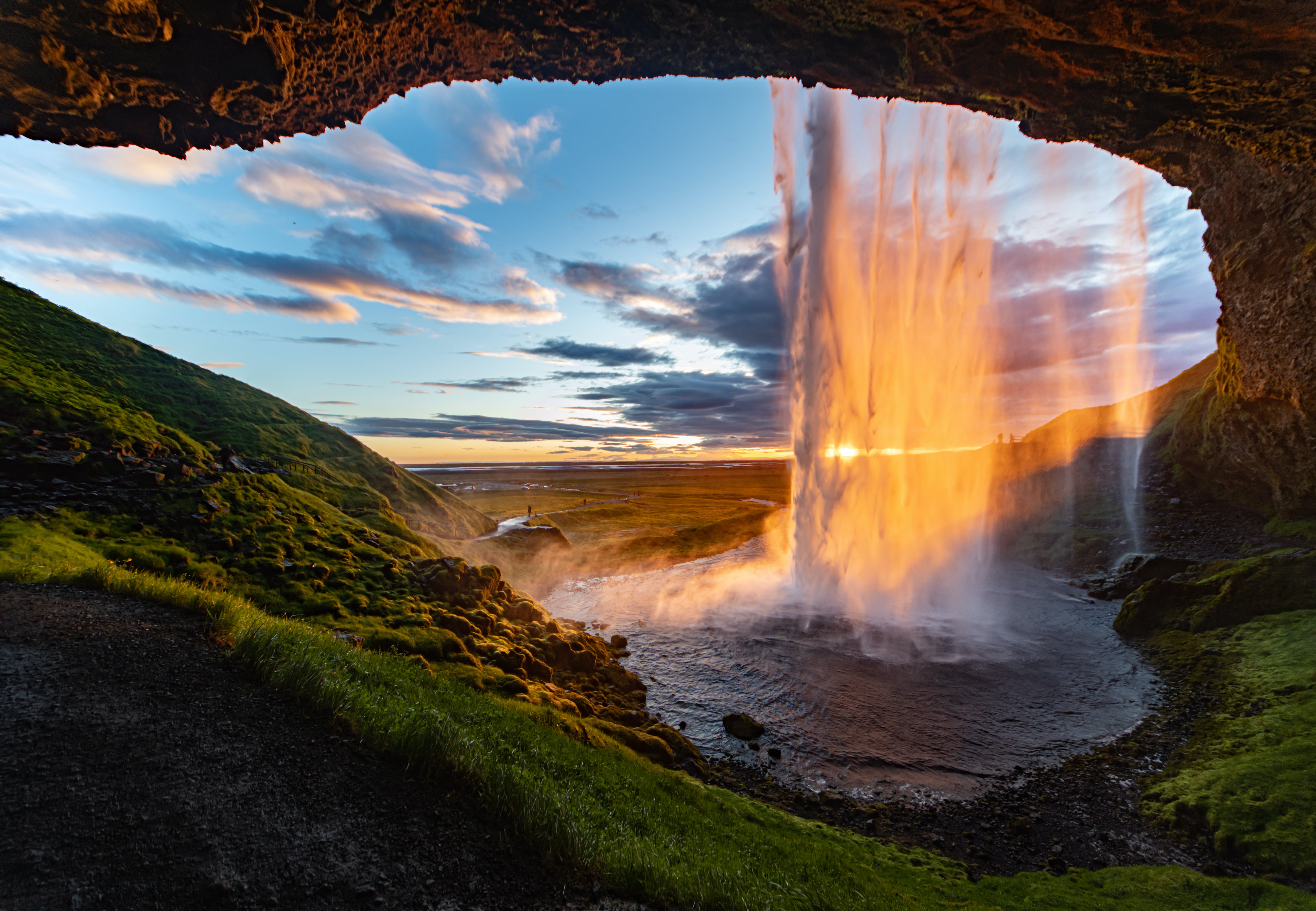