Take part in an entertaining walk through Berlin Mitte! You will find the way by solving the puzzles displayed by your smartphone during the adventure rally.

Imagine the following situation for the rally:

You are a team that wants to land the coup of a lifetime. In a highly conspiratorial manner, you're going through Berlin's historic center to where the object of your desire has its "residence". You know each other from prison. You are all out again and live in different districts of Berlin. Now Walter, your old buddy from the time when you did your rounds together in the prison yard, calls you. He has an idea for a coup that will bring millions. It's about a robbery, that much is clear. He won't tell you any more for now: it's too dangerous. You make your way to the meeting point at Alexanderplatz and first have to solve several puzzles before you know exactly who or what it's about and how the whole thing is supposed to go down.

On the tour, you will learn a lot about the places themselves and some curious things along the way. Even those who know the city will be surprised!

Meeting point:
The starting point of the rally is at Alexanderplatz. Both the start and end points are conveniently located near public transportation.
What to remember
Read more
Provider
Denksport GmbH
Booking fee
Good news! No extra fees are applied to this booking.
Cancellation policy
Receive a 100% refund if you cancel up to 1 hour before the experience begins. 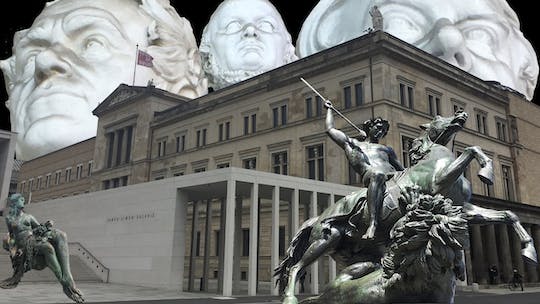